I found this book on our Xmas trip to Arizona and plan on stealing the title for the filmed version of my life. 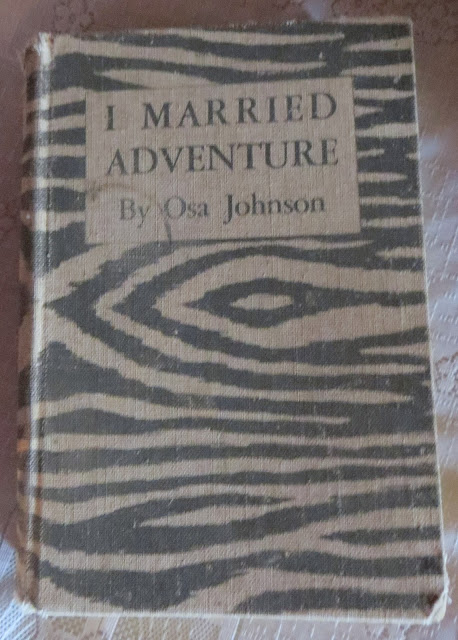 The purpose of this trip (aside from neatly sidestepping the Christmas Craziness) was to see how our yearning to be Airstream nomads actually feels in the field.  In this case, the field was in the Tonto National Forest of central Arizona.

We waited for our rented 16-foot Bambi and truck to be delivered to the parking lot behind our hotel in Scottsdale. There, in the dark, the guy who drove it down from San Francisco would show us RV neophytes how everything works.  The guy, who made The Dude from The Big Lebowski look hyperactive, ambled out and showed us how to put the key in the lock of the door. (Pretty much how every key goes in every door, by the way.)  The information flow went downhill from there:

"What is this panel of indicators for?"

"Where's the switch for the hot water heater?"

Fortunately, I opened a whole lot of drawers and pulled out this manual: 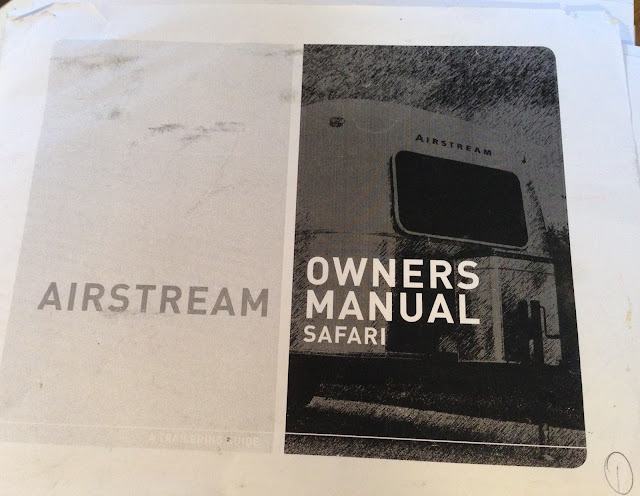 We called the Dude's boss, who enlightened us.

"So what is this panel of indicators for?"

"So how do we know which light goes with which function?"

"How do we empty the sewage tank?"


"Open the valve on the outside pipe after you've connected the hose to the dump station."

"But there doesn't seem to be anything to pull. Everything is covered in electrical tape."

The Dude headed off into the sunset with Big Gulp in hand. We headed back to the room, where we debated the wisdom of actually driving off in this mess in the morning. It was a spirited and informative exchange:


"This is NOT what we signed up for. Maybe we should just pull out now and rent a car."

"Is that what you want to do?"

Things were different in daylight. That's when we could see that both propane tanks were empty and that the truck had two bald tires.

We headed out and by the time we arrived at Lost Dutchman State Park in the Superstition Wilderness, we were back in our saddles. Who could worry about anything in a campsite like this: 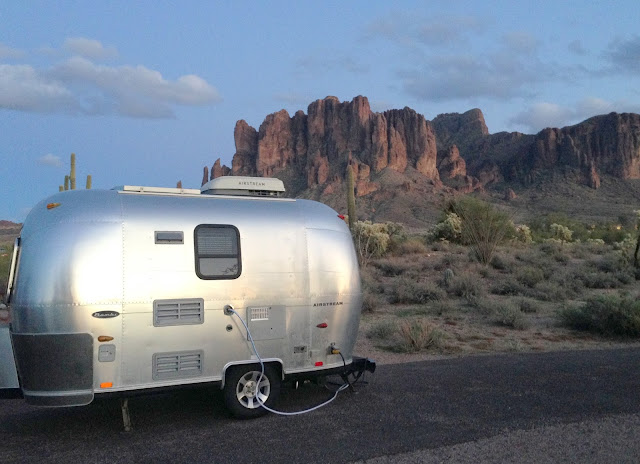 I made our nest cozy...
And we set off to bed, snug inside our little home while the temperatures outside plummeted to freezing.

Which is when we discovered that the heater didn't work.

I jumped out of bed, threw on my Iceland gear, and renewed my love affair with French press coffee while Himself went to the showers. When he returned, he looked grim.

We have big problems.

We are sitting in a puddle of sewage.

Everything that's gone down the sink or down the toilet is now dripping on to the ground. On to the campground. The one that everyone else around us can see just by walking by.

I ran outside. Remember being 16 and discovering a surprise menstrual period while wearing a white skirt?  On a field trip?  That's roughly what I experienced seeing our mess in this neighborhood of shiny RVs that probably started at $500,000.

I called Bill and suggested it was time to start worrying. He found a solution. 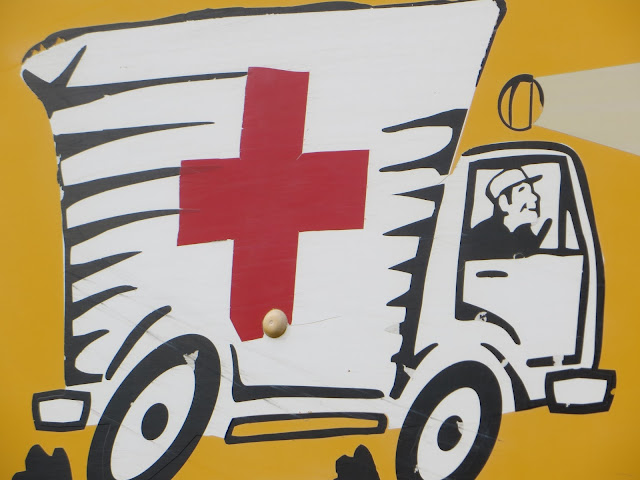 Yes, Mobile RV Repair! On a Saturday, on the day before Christmas! Himself went out to assume the hands-in-pockets-man-posturing-position once the truck pulled up and I was startled when I finally crept outside (in my Iceland gear) to see a rather large gentleman in shorts and a Hawaiian shirt stretched out on the ground. 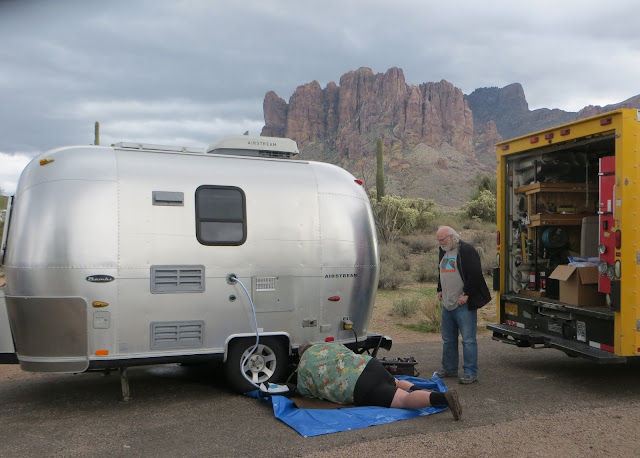 He quickly discerned that the reason we couldn't close off the waste valve was because...there was no valve. Just a whole lot of electrical tape.  Miracle of miracles, he had a replacement in that truck and we were back in business. He came inside, stretched out on the floor (activating the gas alarm with his rather large body), and rewired the furnace.

It was Santa Claus and nobody can tell me otherwise. So our little home was in its right way from then on. And we were ready to soak in the delights of the southwesten desert that we so love. 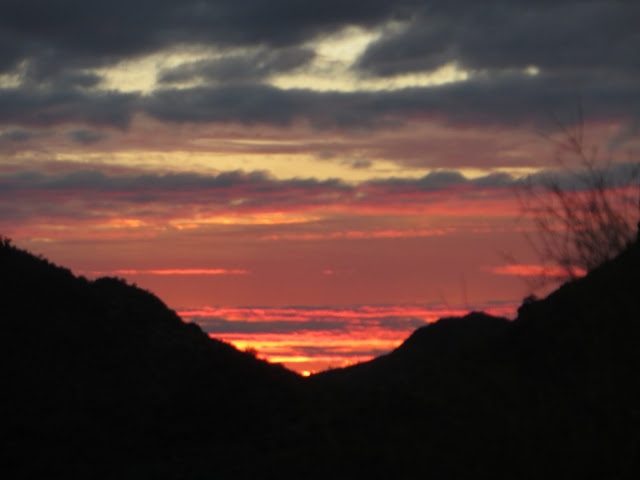 The saguaros talking to each other... 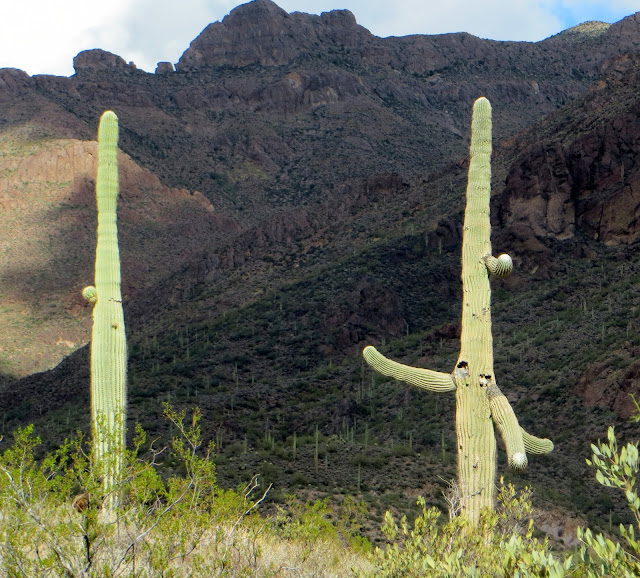 The footprints of another culture echoing everywhere... 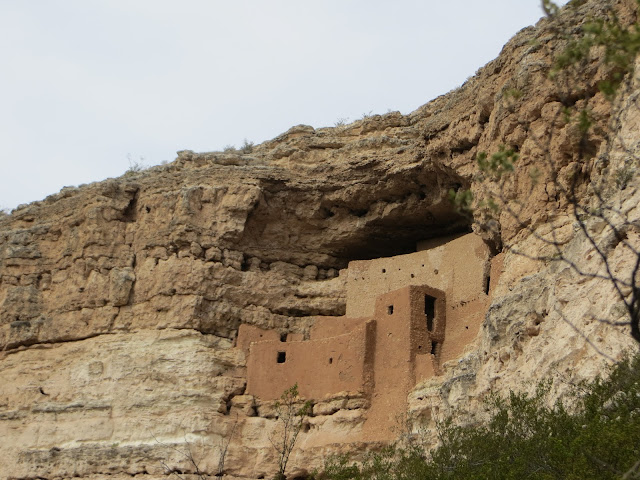 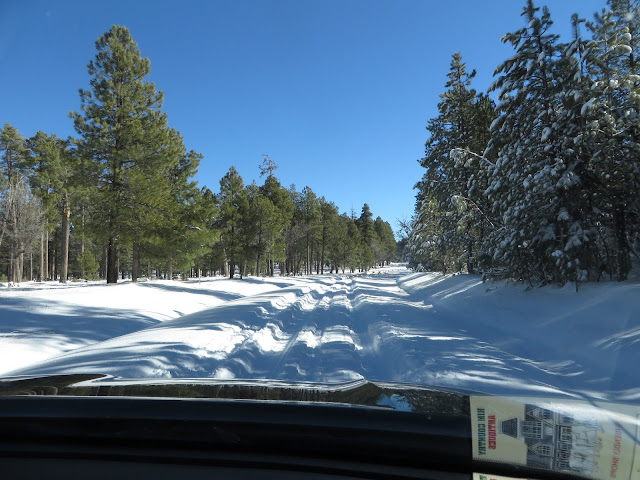 The adventure ain't over yet. Stick around.