Back to Beastly Basics

Those of you in other countries may not know that the Northeastern United States has been annexed as a suburb of Greenland. The extreme cold, with its spears of gusting winds, has no mercy for this 200-year-old wooden house. Even little Billy sticks his head out the dog door, pulls it back in with a low moan, and retreats into a little ball on my his futon.

On one hand, the weather blows the winds of gratitude through me. A warm home, plentiful food, and no real need to brave the elements except by choice. That is, as the man from Motown says,some kind of wunnerful. I've been trying to maintain some balance by tooling away at my Gridlock quilt. 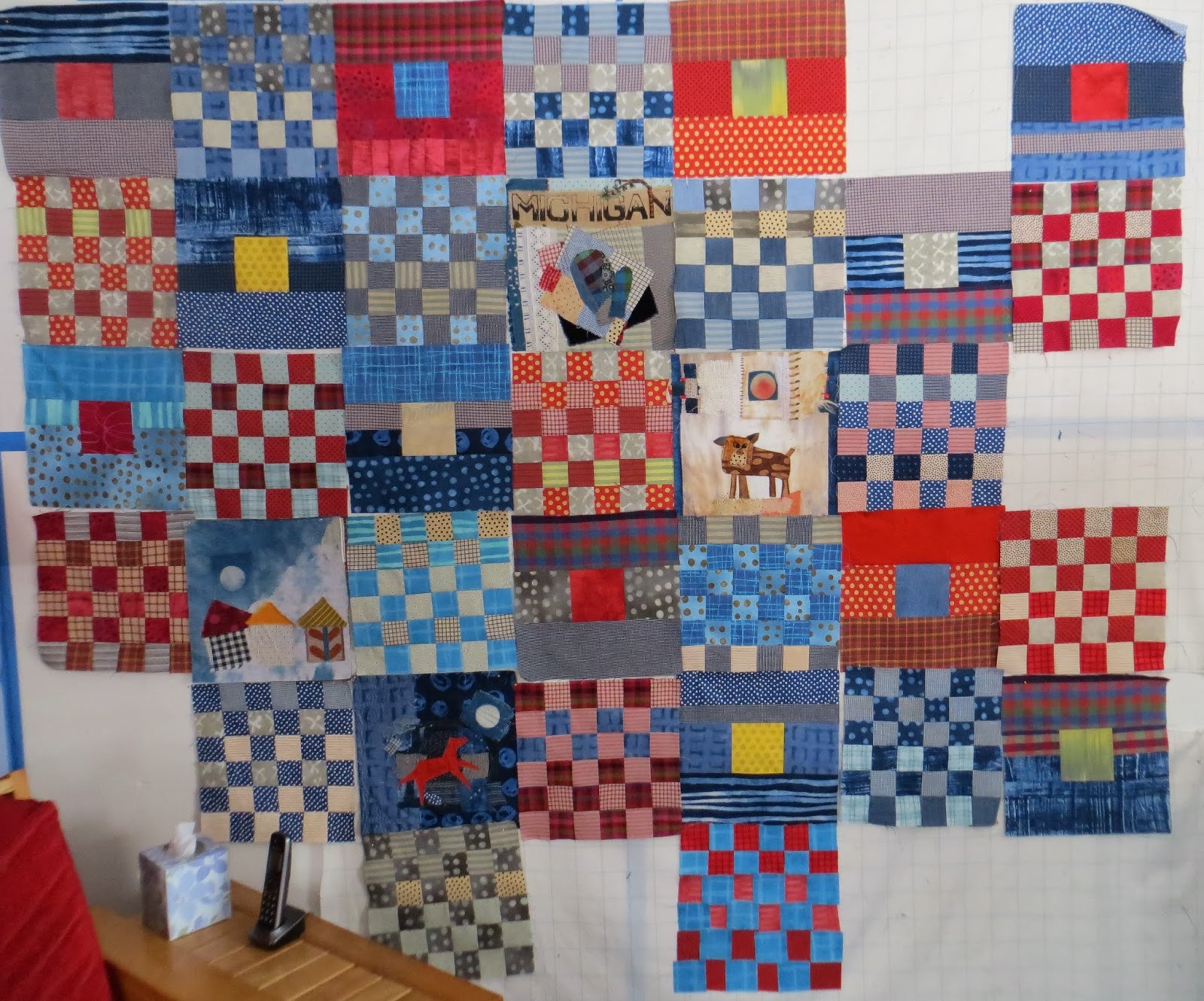 But, in truth, these past few months have formed a creative gridlock of theirown. Jude's What If series is really over:no matter how many times a day I click on the icon, she does not post something new there. So I found myself going back through her video class called Patchwork Beasts (which you can still get over on the Spirit Cloth shop). At first, I felt a bit like my 19-year-old self when Ricky broke up with me and all I could do was read his letters over and over again.

But eventually, I came to two realizations. First, Jude did not break up with me. Probably. And second, getting back to basics is a great way to (re)kindle creative embers. I just love her beasts, I just love her way of getting me to find my own.

This time around,I heard something that skipped past me on my first viewing: name your beasts as you create them. It gives them personality and helps define their story. I had a name in mind before I picked the first piece of cloth. So here it is, the first beast of 2014, ready to be stitched and storified. 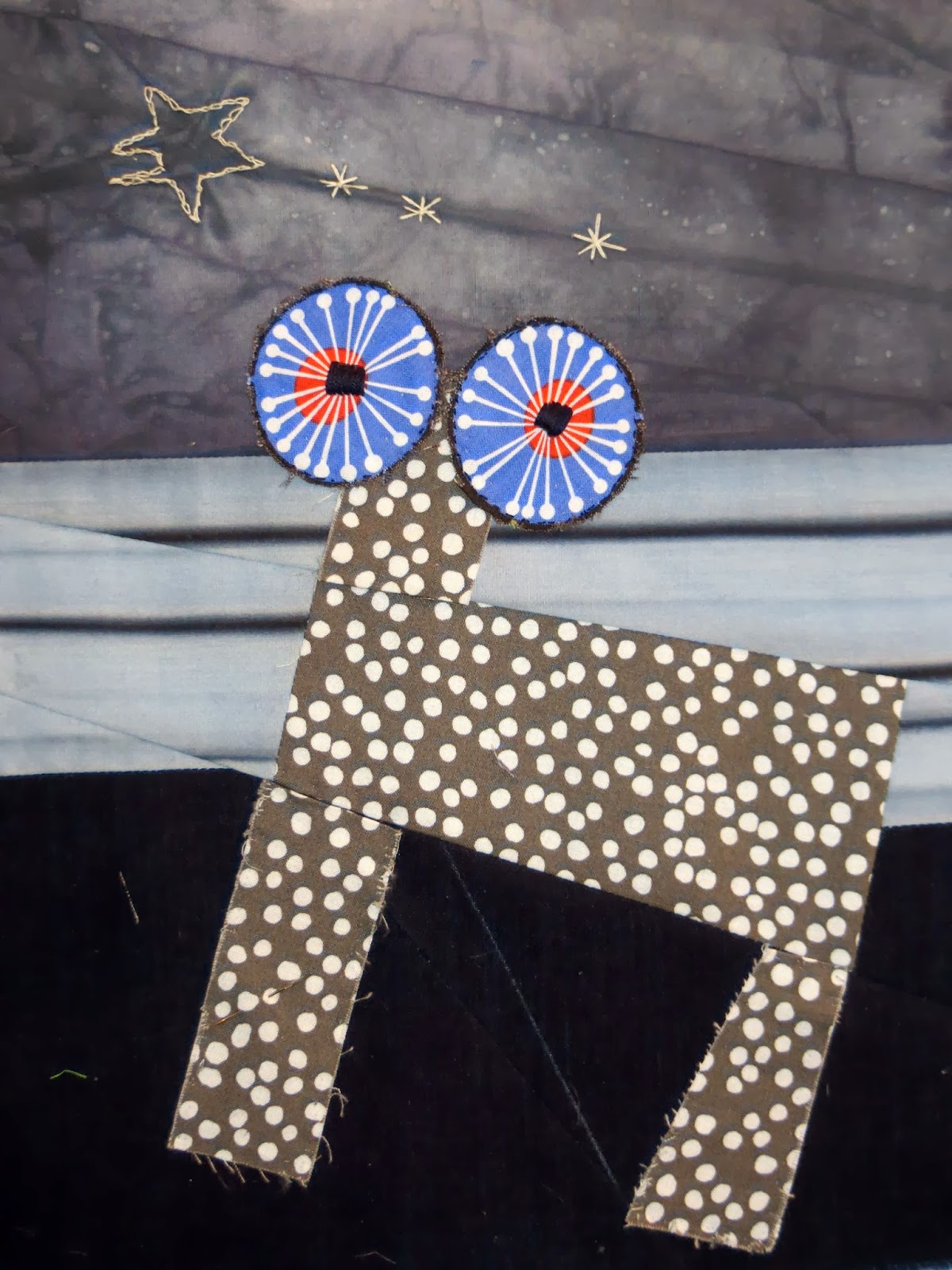 What's in My Tree Today

This bird's nest was in the bare tree right where above where I haul the trash to the street. Mama Bird apparently created wax paper nest liners. 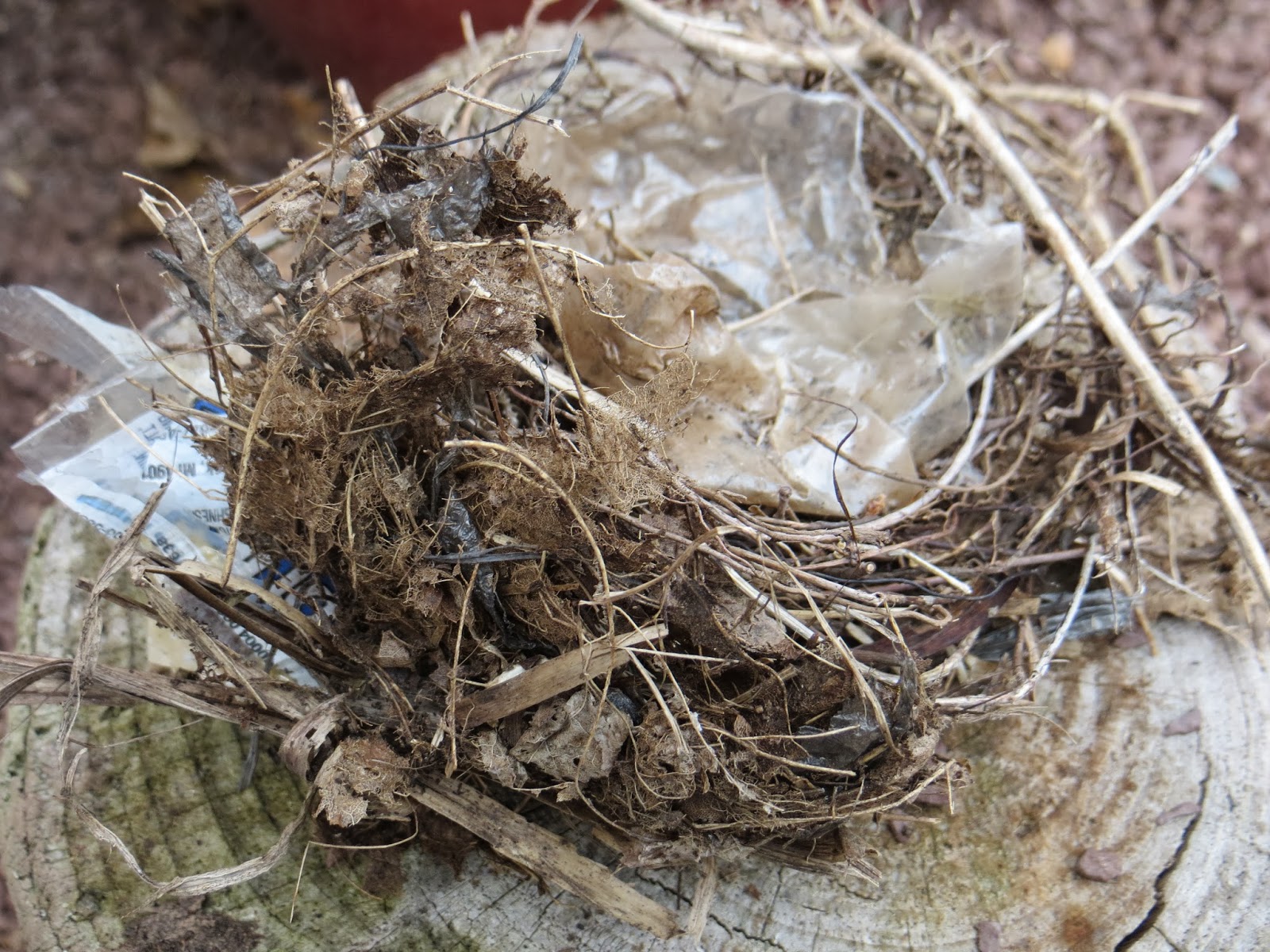 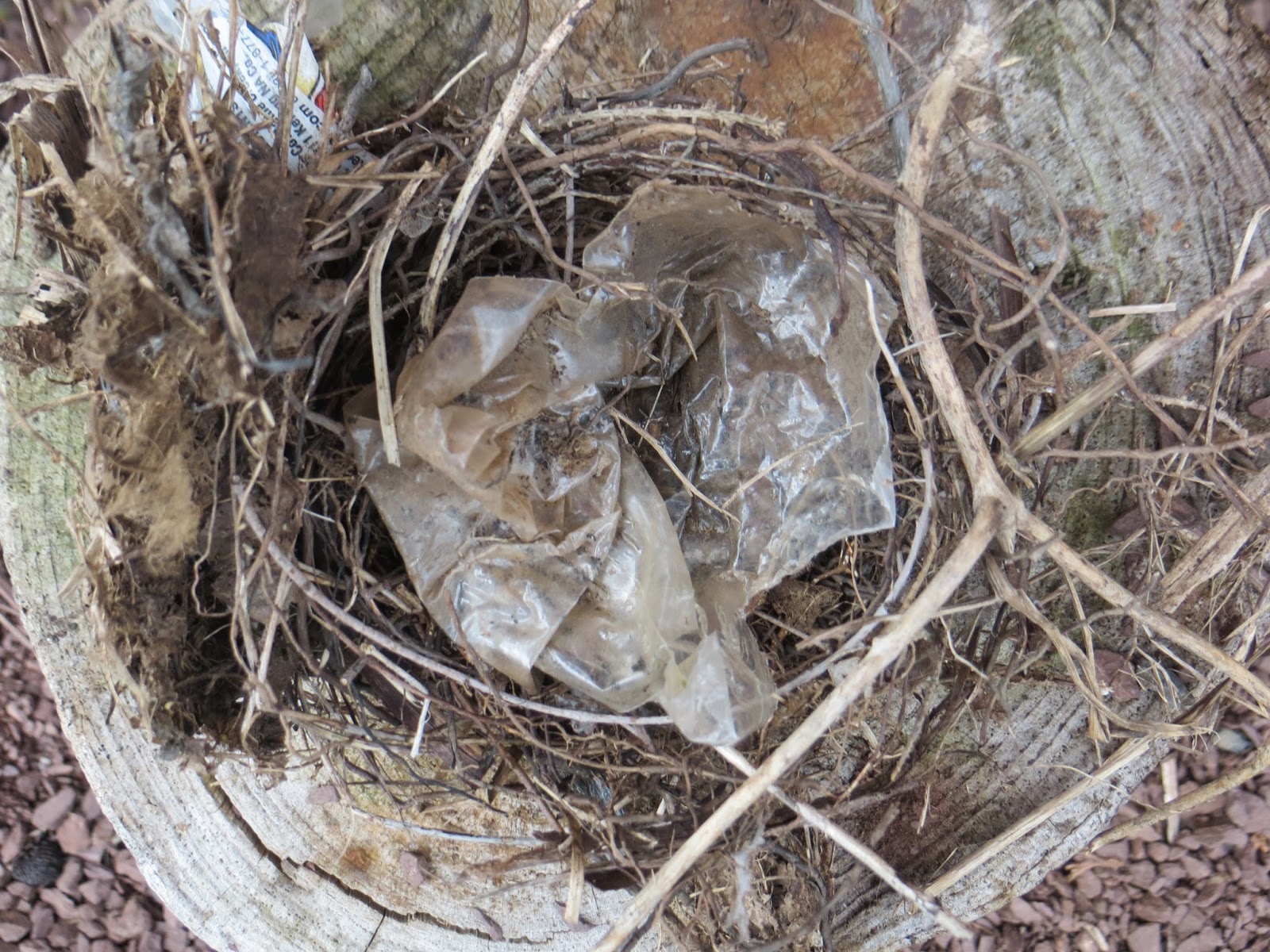