A Whisper Through the Dark Haze

I finished cutting all (270) light triangles for the Haze Kilim quilt this past week. My goal for the weekend was to create the four dark fabrics just in case someone breaking into the house during the night wants to cut them into 270 triangles.

Thanks to a rainy Sunday and some really terrific Radio Lab and TED Radio programs, I assembled all four and finished sewing three of them. I think you could make popsicles from them. 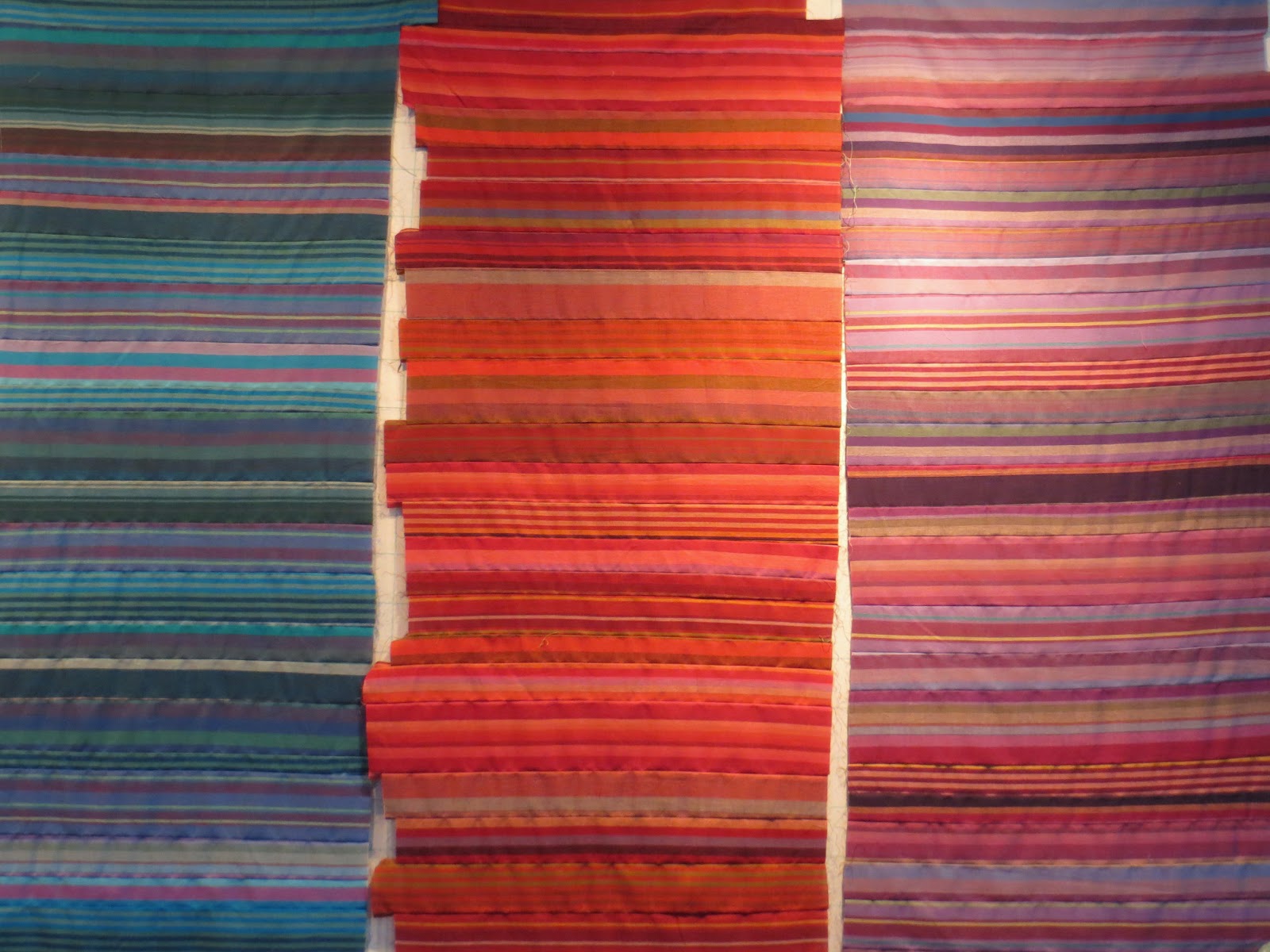 In the spirit of "And," I also took out my Michigan cloth. 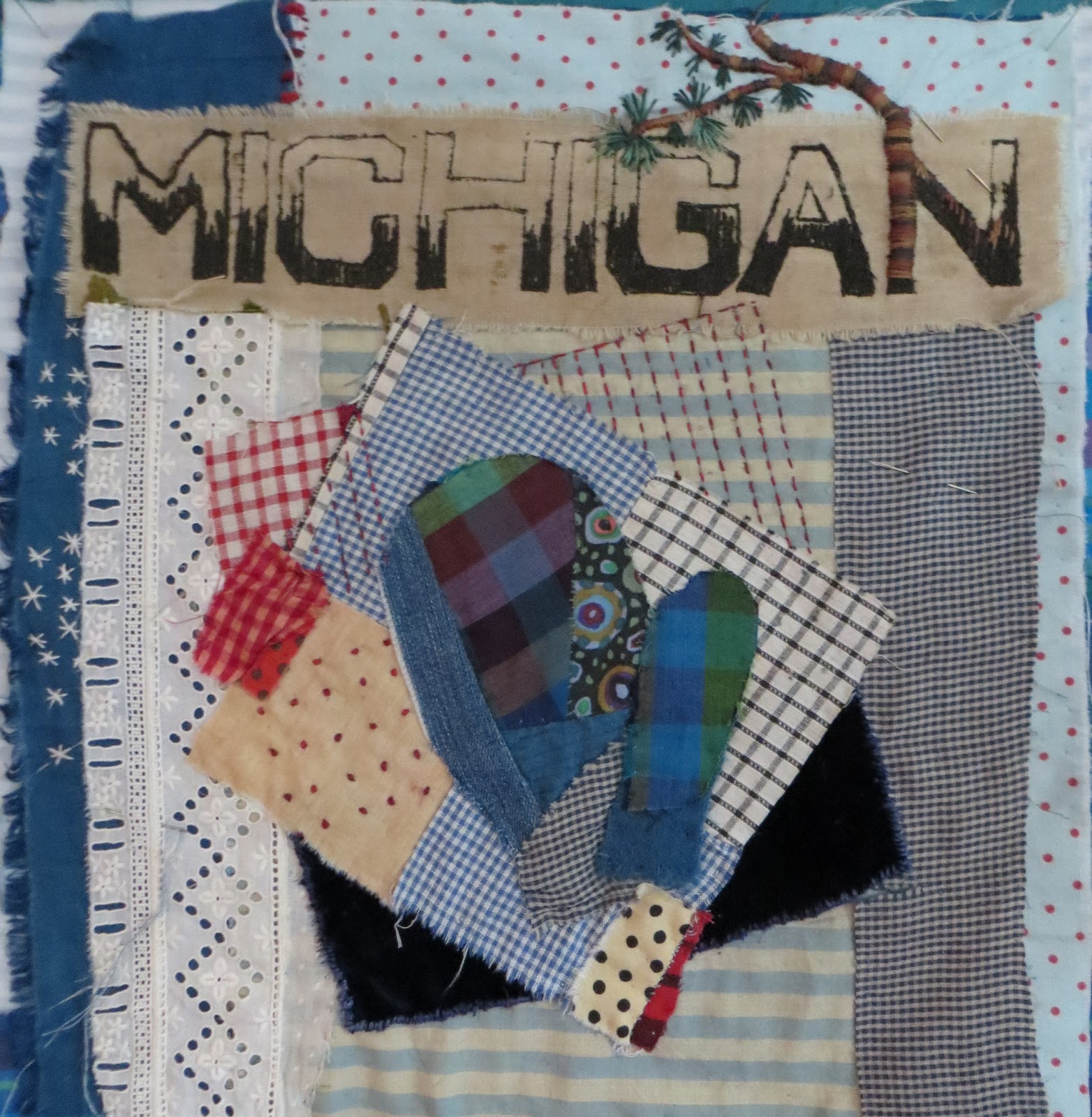 I added some red and some stitching bits but I've largely been stuck on the next steps here. When my writing freezes, its inevitably because I don't know what I am trying to communicate and I just make pretty sentences with no punch. When that happens, I screech to a halt and complete this sentence with the simplest nouns and verbs I can find:  What I am trying to say is this:_________.

And I think that's what has been happening here. I'm not an extraordinary stitcher like so many of the What Iffer's. So my cloths will not speak through artistry or fine craft. That's ok with me, I am happy being remembered as the curly-haired girl with the lettuce leaf stuck in her teeth. But the cloths could be more expressive, telling something about me, if I shut up long enough to listen to what they are trying to whisper. I've been practicing that Intention with this cloth, coincident with an overall new year's intention to try listening before speaking or even instead of speaking.

But the damn cloth has kept its mouth clamped tight these past few months. Until just moments ago, when I read that Jude's next focus over at "What If Diaries," (which, by the way, she has reopened for enrollment so run don't walk to here) will be "windows." And in the very act of uploading the photo here, I heard the cloth whisper, "windows."  It wants to be viewed through a window, echoing the way I watched the state fly away through the airplane window on my last visit.

I have no idea what that will mean and that really excites me.