I bought her at a flea market years ago and she has survived all the many rounds of stuff purging since then. Look at her. 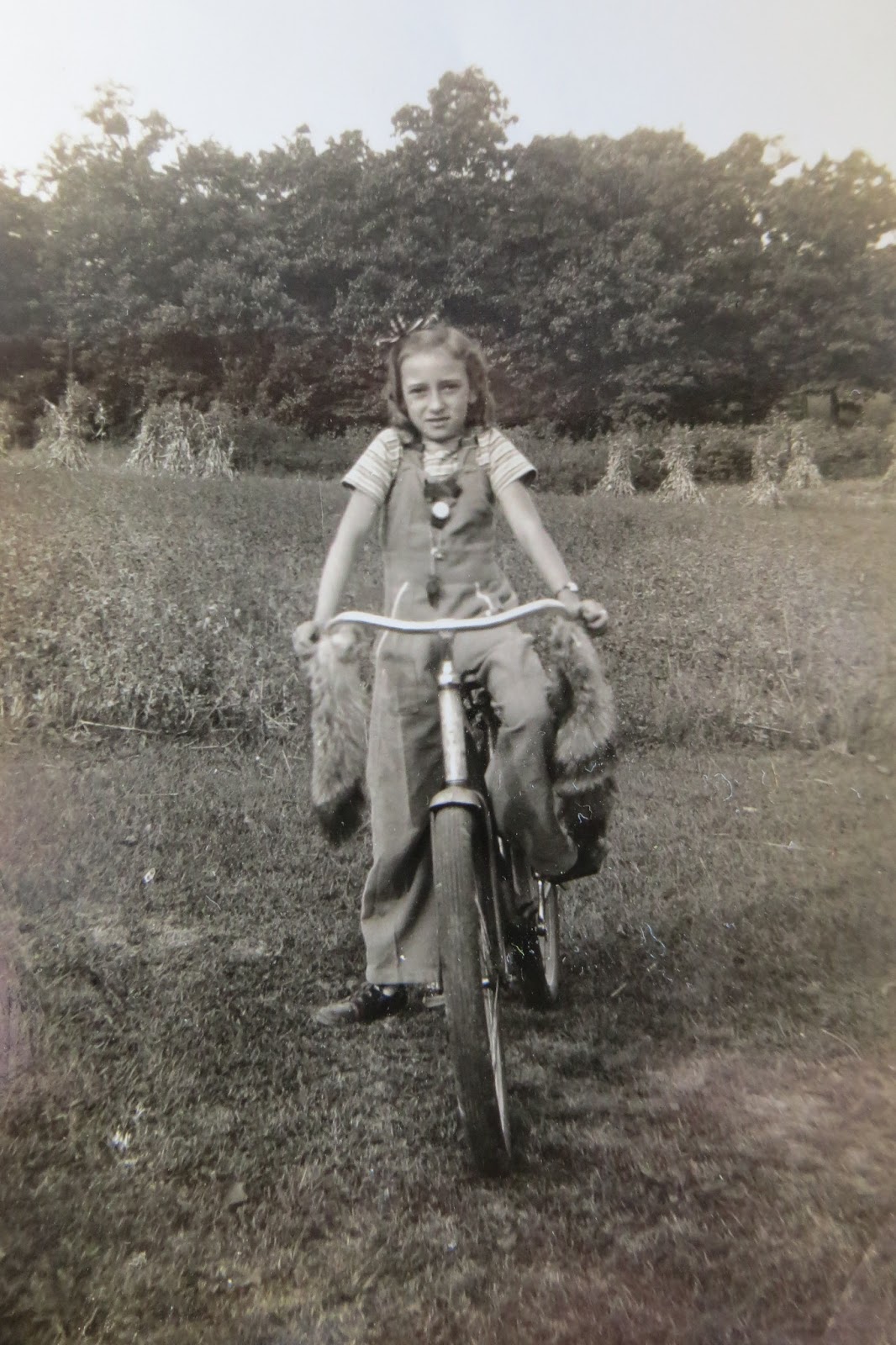 I mean really look at her. 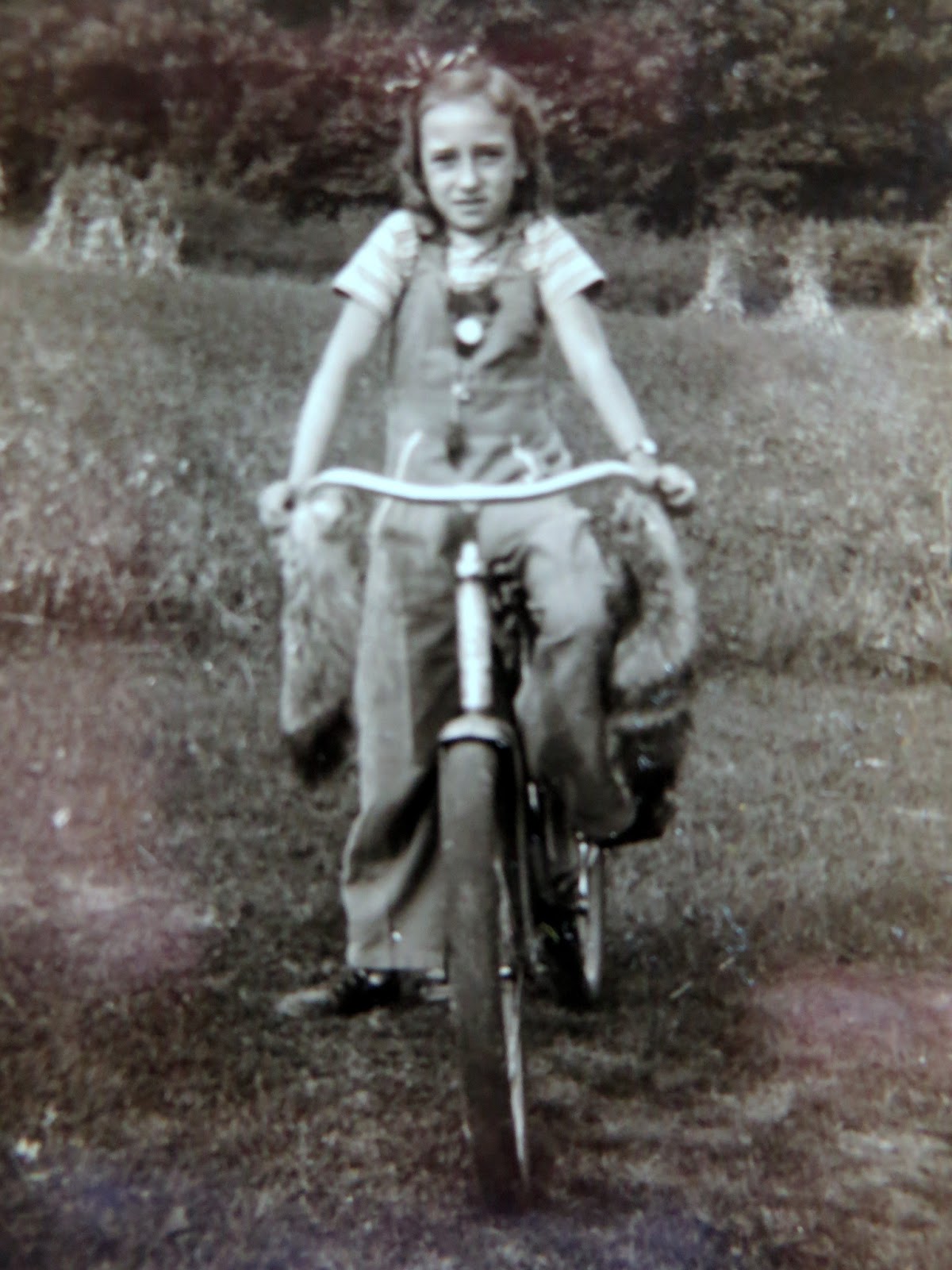 I love her the way I loved Scout Finch, Jo March,Nancy Drew, and little Elizabeth Walton. I am jealous that she got to ride her bike on a dirt path through the field.  I imagine her looking at her wrist watch, wiping the mosquito off her cheek, and gunning those pedals because she had to get home before Some O'Clock.  "Would you hurry up??" she winces to the photographer. "I gotta go!"


Decades and decades after this summer, there was a daughter, daughter-in-law, or second cousin once removed.  She finds this picture amidst a thousand others in a yellowed cardboard box from the local department store.  She looks at it and tosses it into the "to go" pile without a second look because there is no time for second looks when there are still 8 rooms left to pack up and out.  All by herself, My Girl makes her way into a wooden cheese box filled with a million other black and white  photographs that sits beneath the sign written by the enterprising flea marketer: "Make Your Ancestors!"

And on to my wall, where I look at her every single day. My Girl, my Girl.