I love planting potatoes. What I really love is harvesting them, snaking my fingers through the soil till I get all the spuds from the bed. Another one! And another!  Its like those sand table treasure hunts we used to have at the kids' preschool Purim carnivals. If you have never been to these exercises in pediatric chaos, count yourself among the lucky.  They are the only thing in my life that has made me contemplate another religion besides Judaism.

For the past several weeks, I have been coaxing my seed potatoes into sprouting some growth and by Monday, they were ready to go into the ground.  I cut them into pieces and laid them out on a cookie sheet so they could get a protective skin around them before I planted them Tuesday evening.  I put the cookie sheet in the center of the kitchen table.

Which is exactly where I found it when I came home from work on Tuesday.   Only it looked like this. 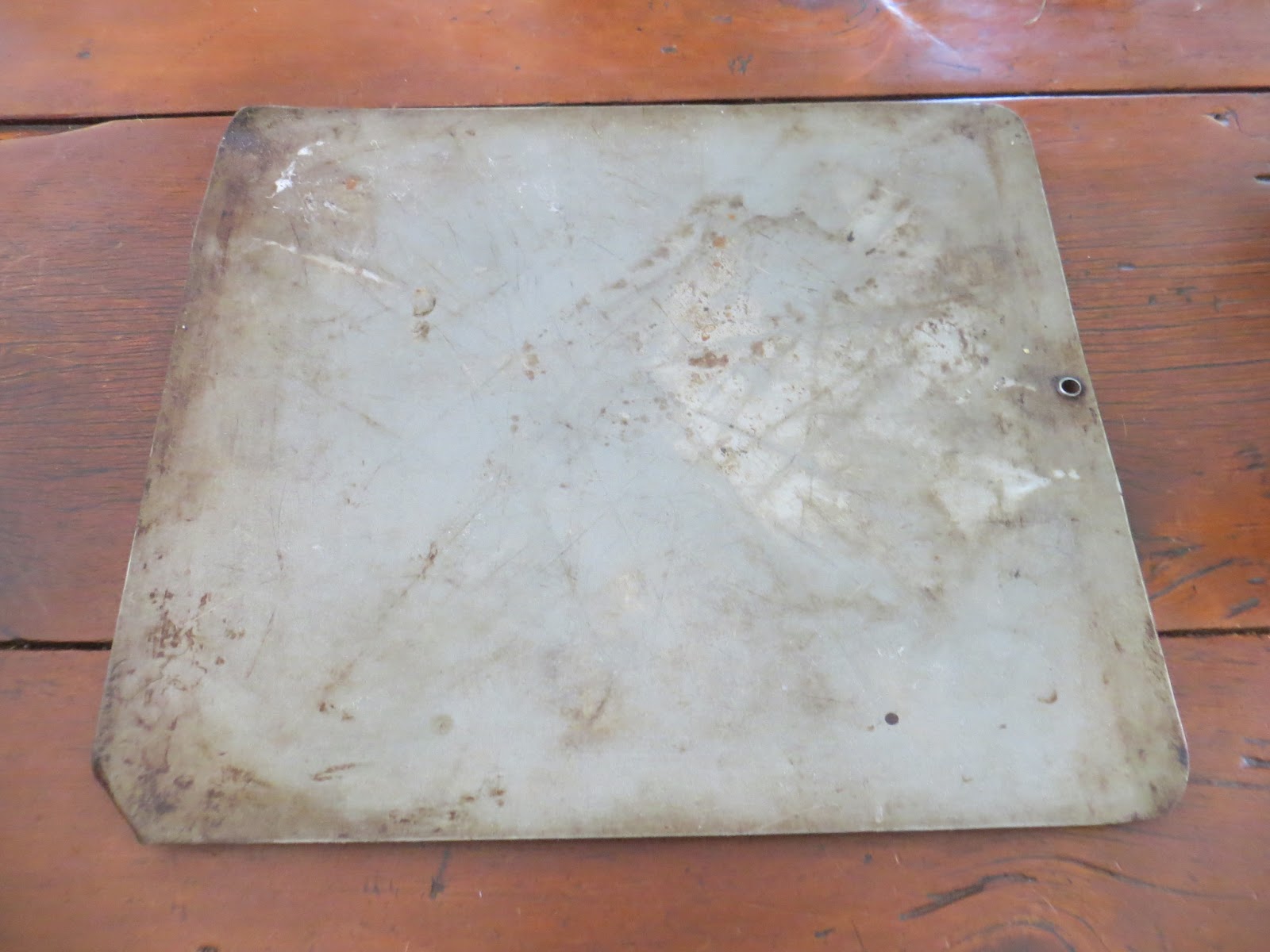 I was dumbfounded (don't you love that word??) Do we have mice and if so, do they have biceps the size of those little cartoon mice you see carrying away hunks of swiss cheese?  Do we have ground hogs that go grocery shopping in our kitchen? Oh wait.  We have this. 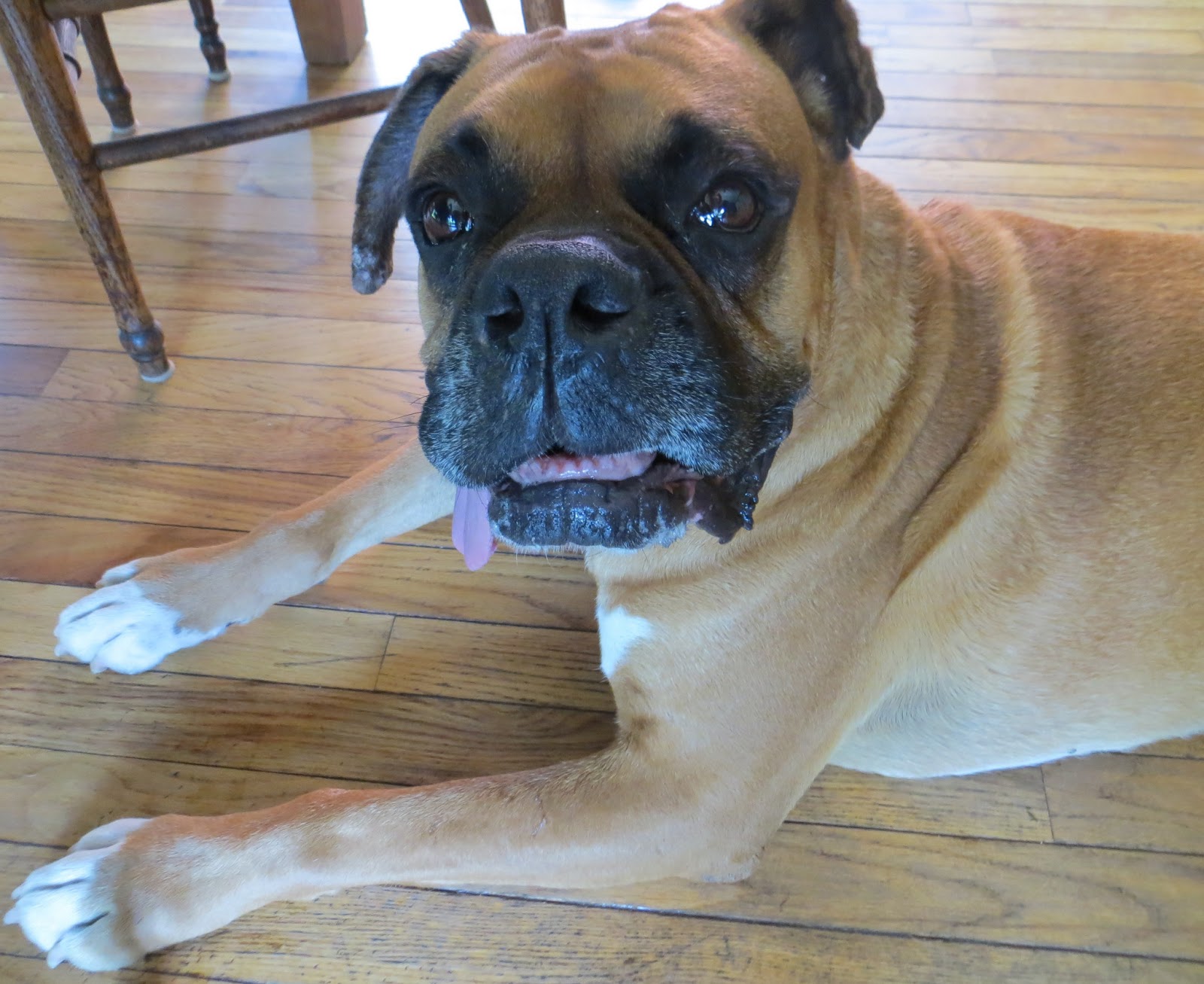 In Clutch's defense, there was no barfed-up potato skin anywhere.  There was no spud smell on his dog breath (visualize me figuring this out), and most important, look at his teeth. Those little nubs peeking through his smile are all he has, courtesy of some pre-rescue jackass who filed them down.

But there is that smile...smug and self-satisfied, I say. And there is history of prior offense.  There was the dozen bagels that turned into an empty bag with a few poppy seeds on the living room rug. The entire soup-pot of veggie chili left on the back of the stove that evaporated into a licked-clean pot, left upright on the kitchen floor.  And of course, the legendary tray of baclava that Allyson left us as a gift, which turned into exactly that: a tray.

I think, Grace, that losing raw potatoes to a toothless dog who knows how to cover his tracks is the singular definition of The Unforseen! 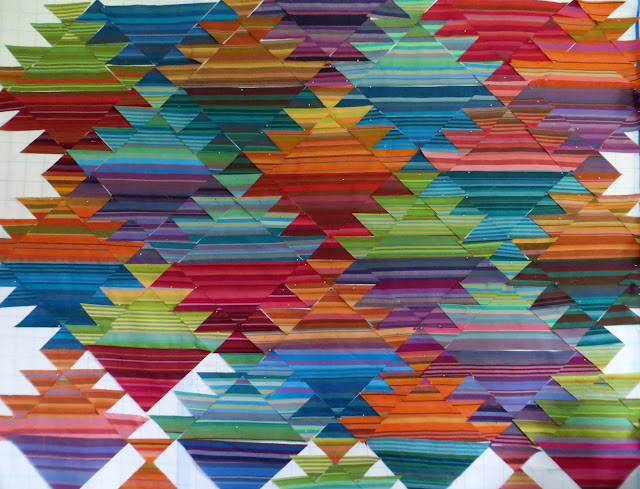 I'm going to take two weeks under the Andalusian sky and inside bottles of Cava to mull it over.
Posted by Julie S at Tuesday, May 28, 2013 5 comments: