Remember this? A relief of Clutchie's paws in the snow the day before he died. 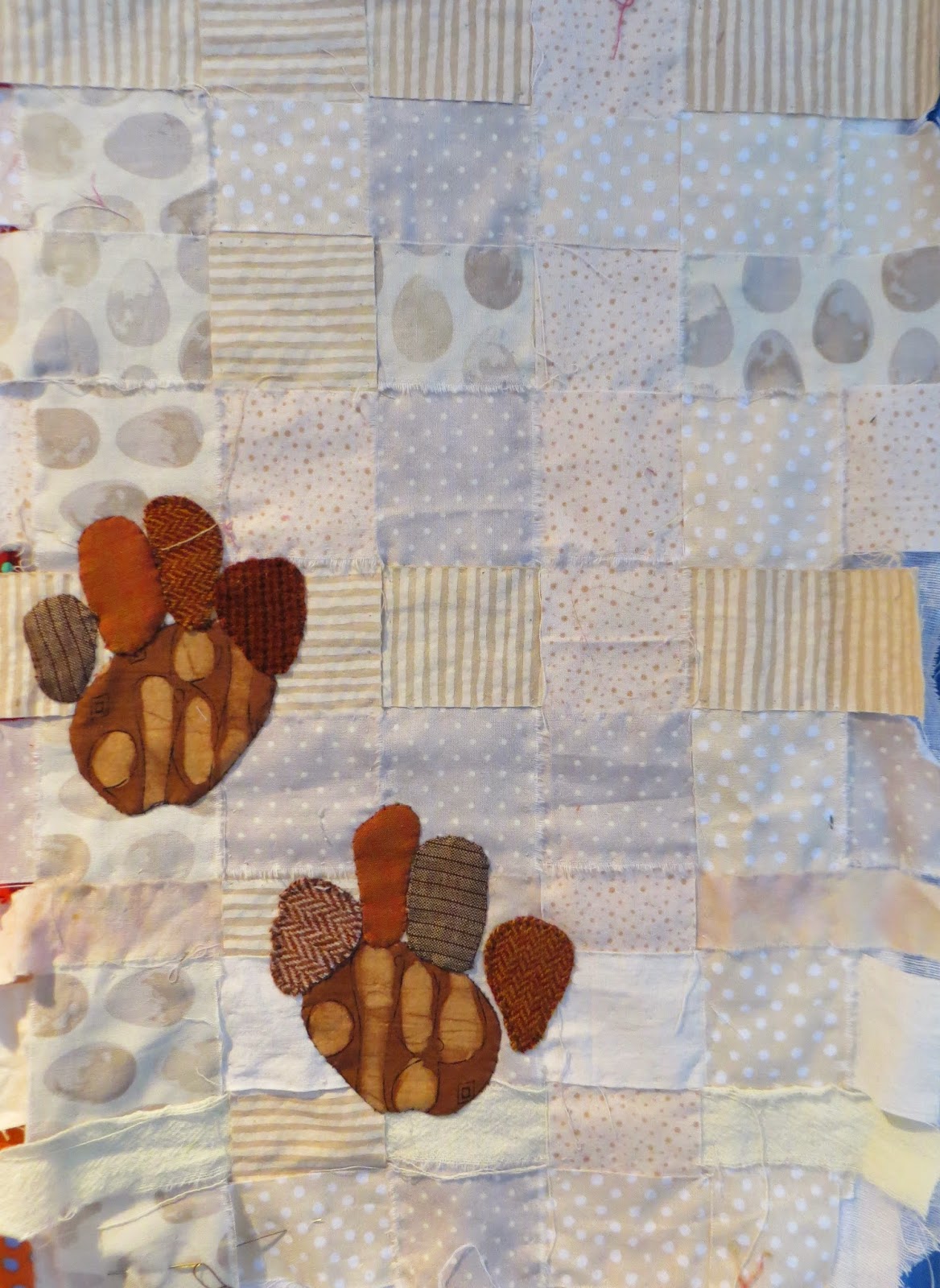 Remember how it turned into this? 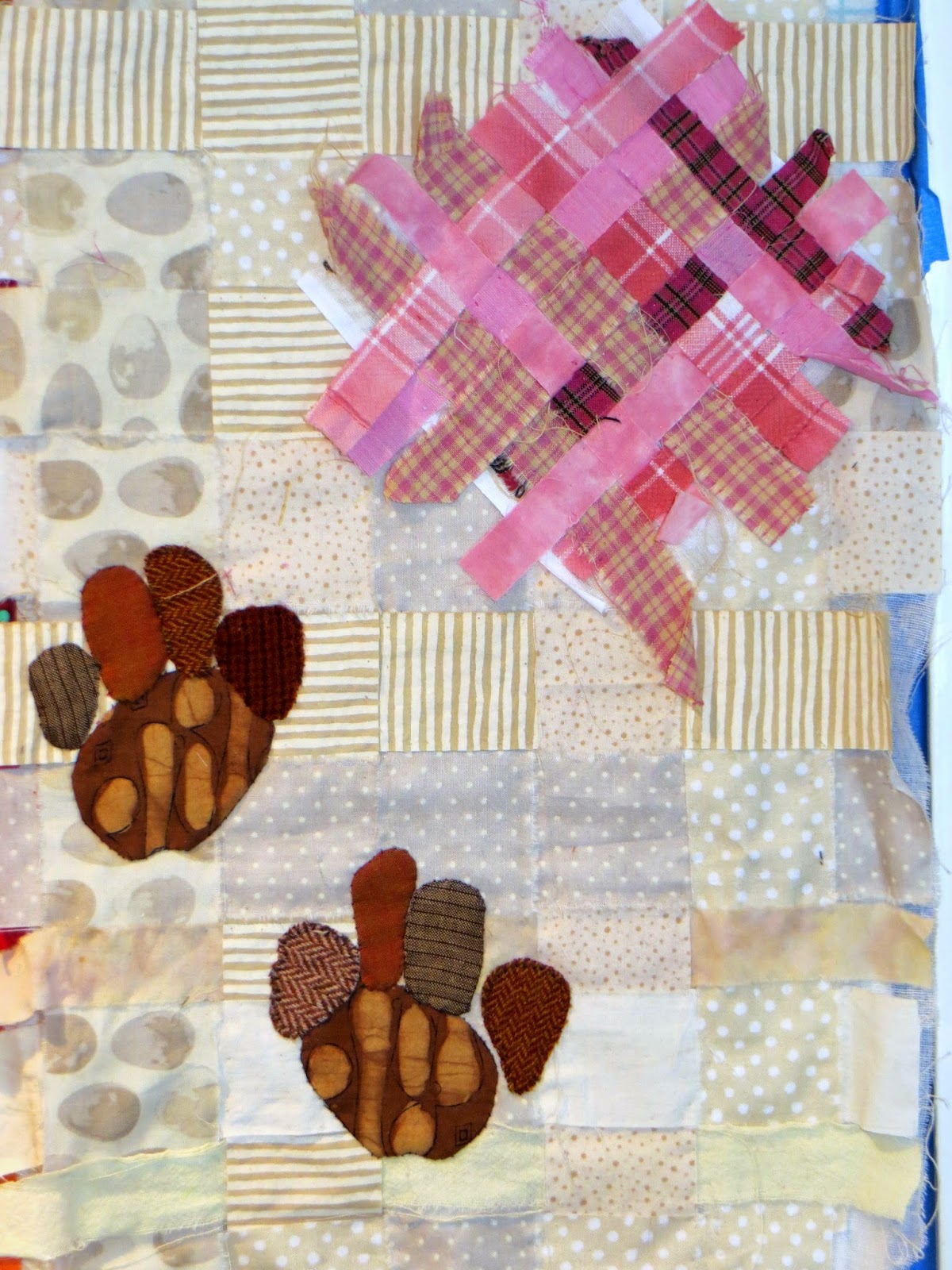 On Sunday, I buried Clutchie's ashes under the bush where he used to rest with his pink ball after fetching it just one too many times in the summer sun. I put the ashes on top of his Therapy Dog ID card and then covered them with his ball, so that just the handle with his collar tied on sticks out of the dirt.  I did it tearfully.

And then yesterday, his cloth became this. 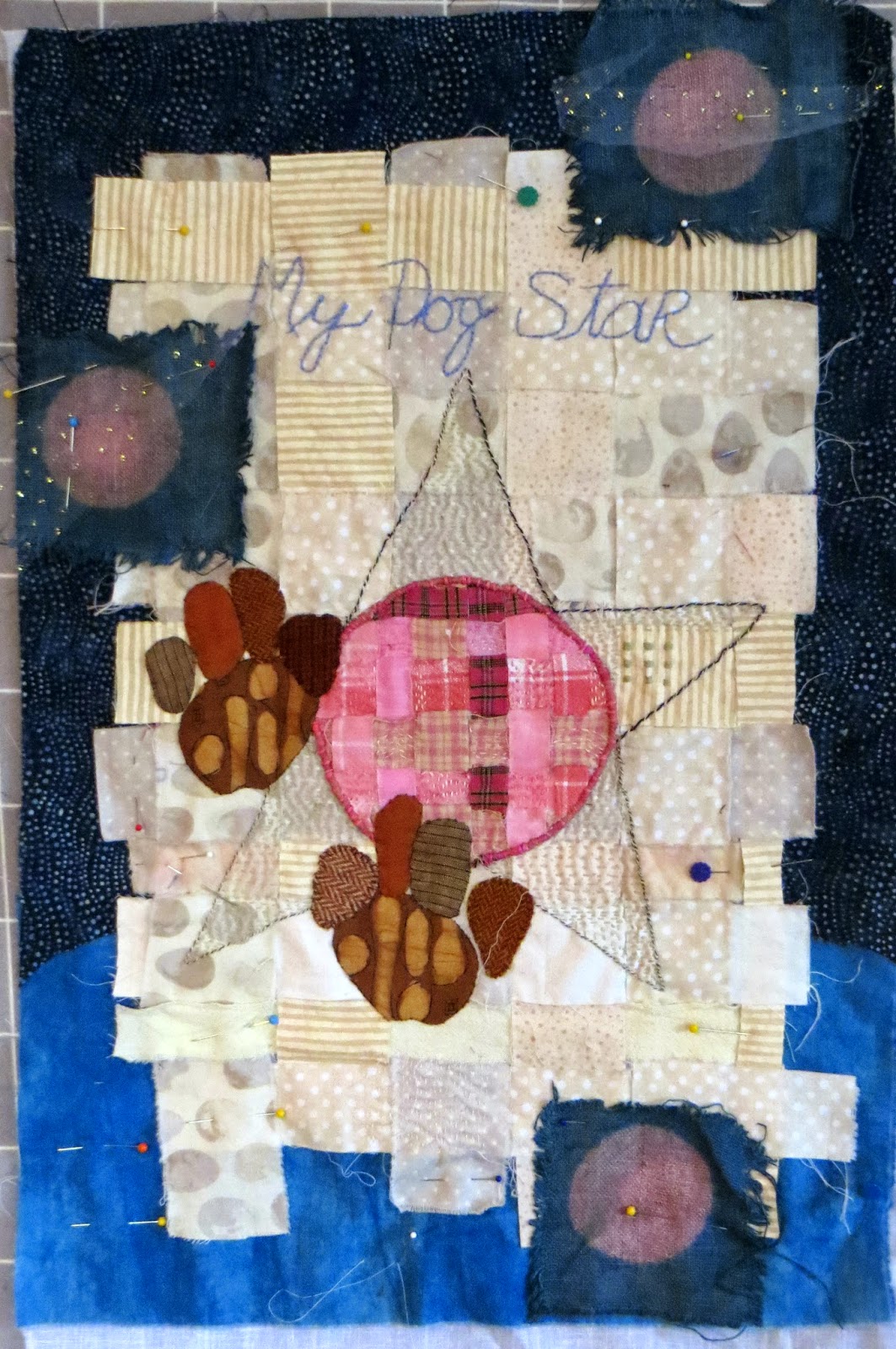 A Field Trip for You and Some Oil for Me

As I come out of hibernation from Winter Camp, my ability to write freely seems to have rusted shut. My brain, it turns out, is like the Tin Man, squeaking for some oil. So permit me to lubricate my cortical gears a bit with the easiest of exercises: taking you on a field trip to Chicago.

I went to primarily to nuzzle Thing One and to wander through The International Quilt Festival 2015.  But I saw much more. 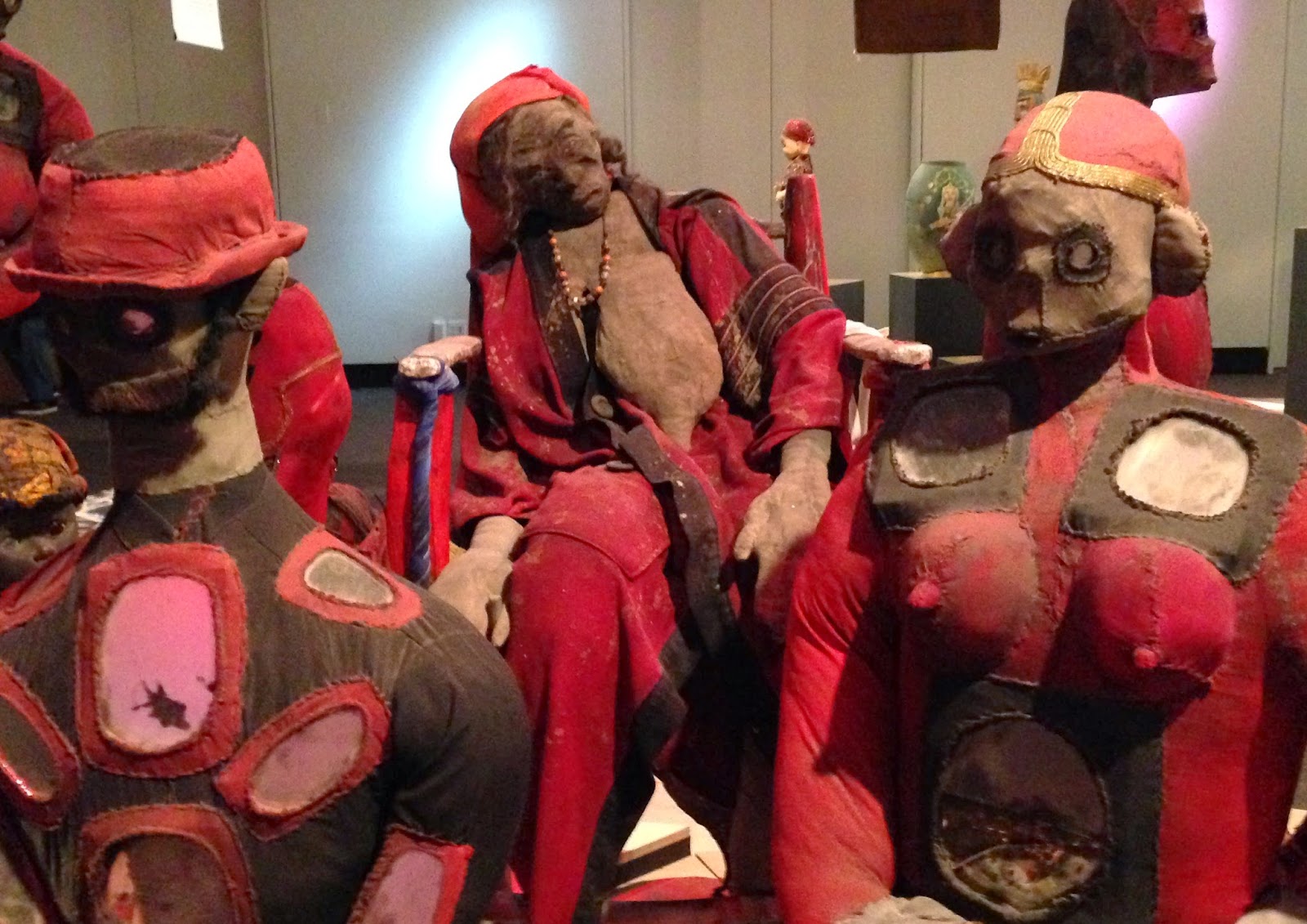 These are lwa (LUH-WAH) from the Field Museum's current exhibit on Haitian Vodou (and yes, I am spelling it properly.) They are representations of specific spirits, complete with their own specific powers. 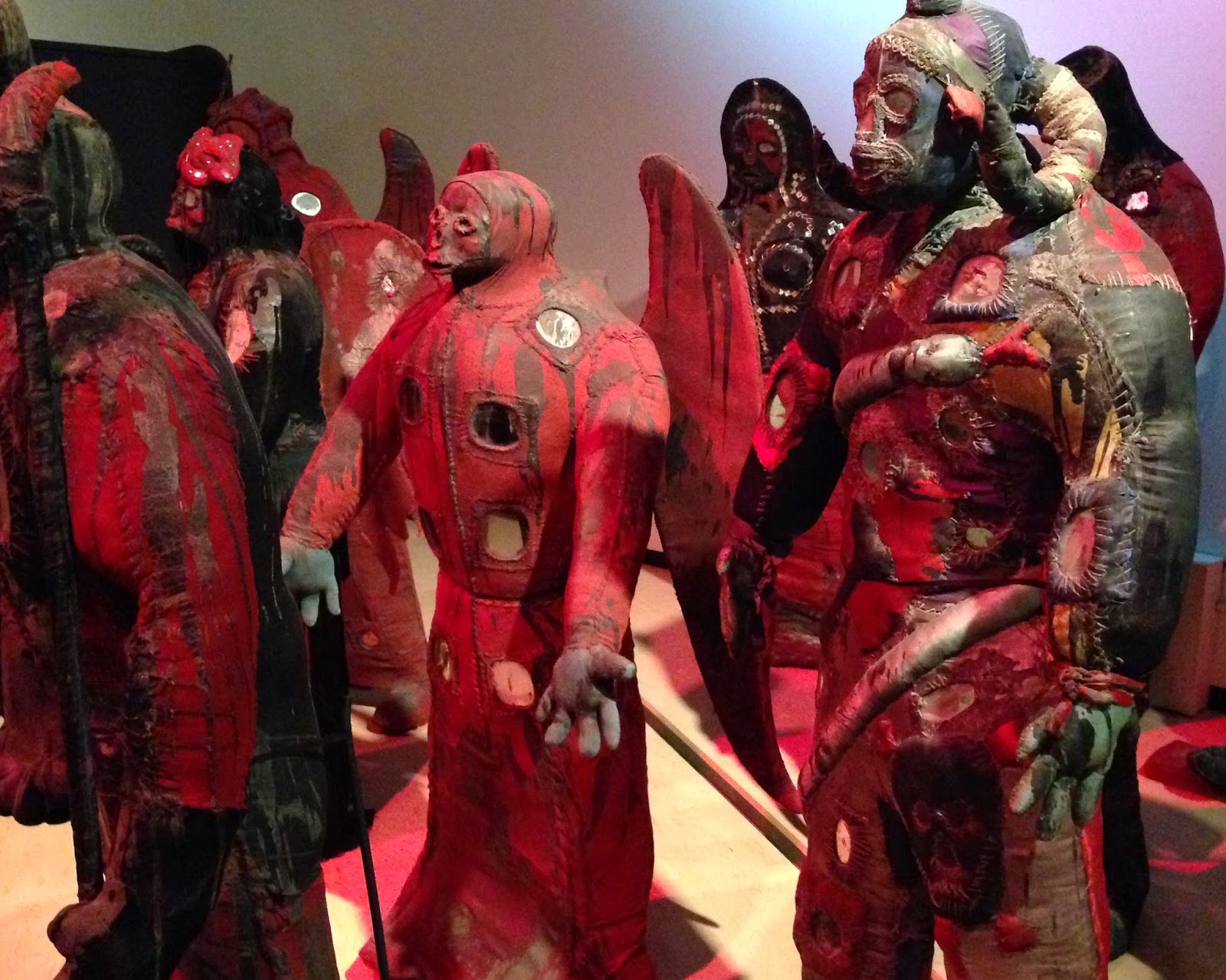 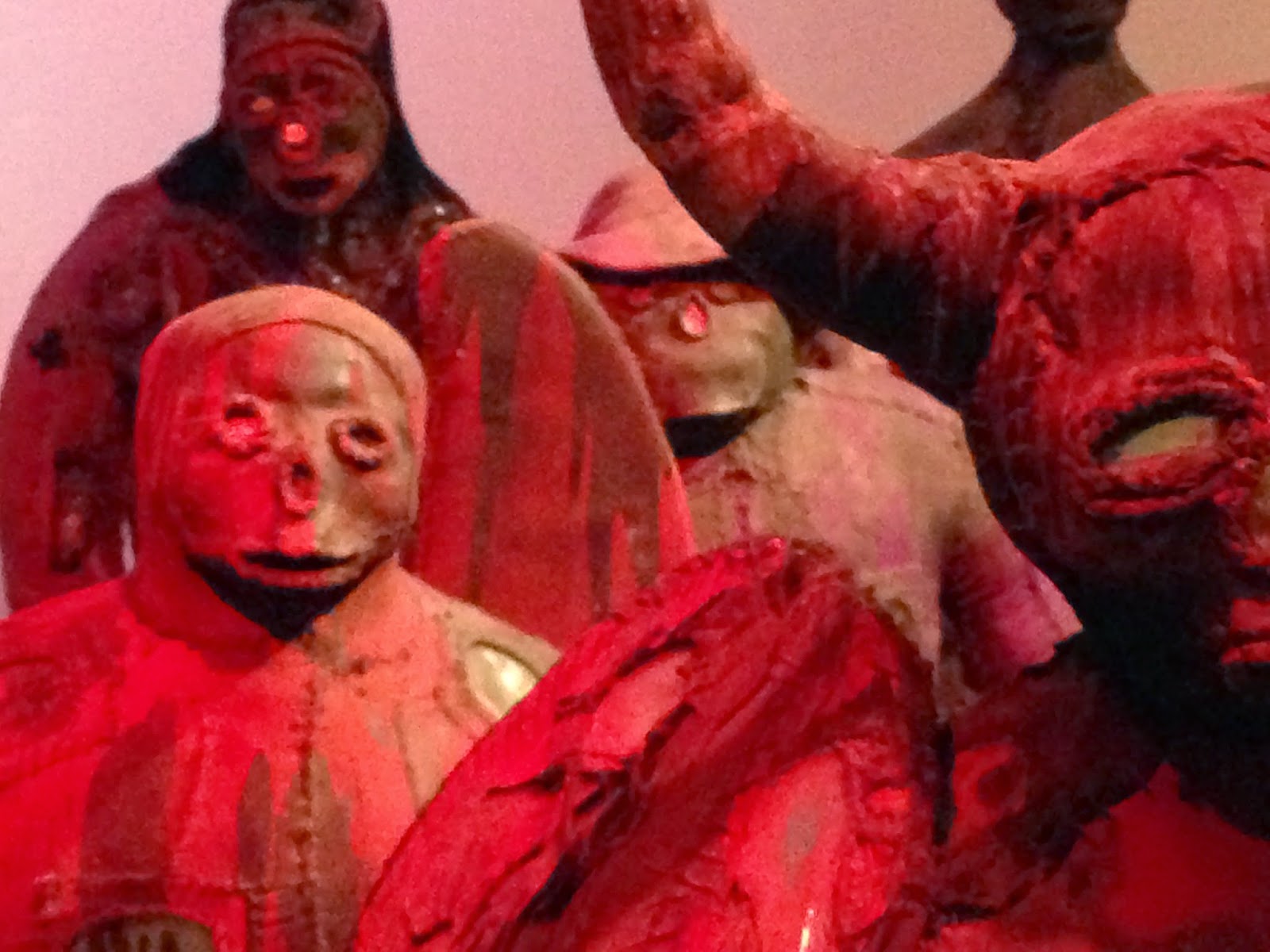 This lady lwa is my favorite, possibly because we have the same anatomical feature(s). 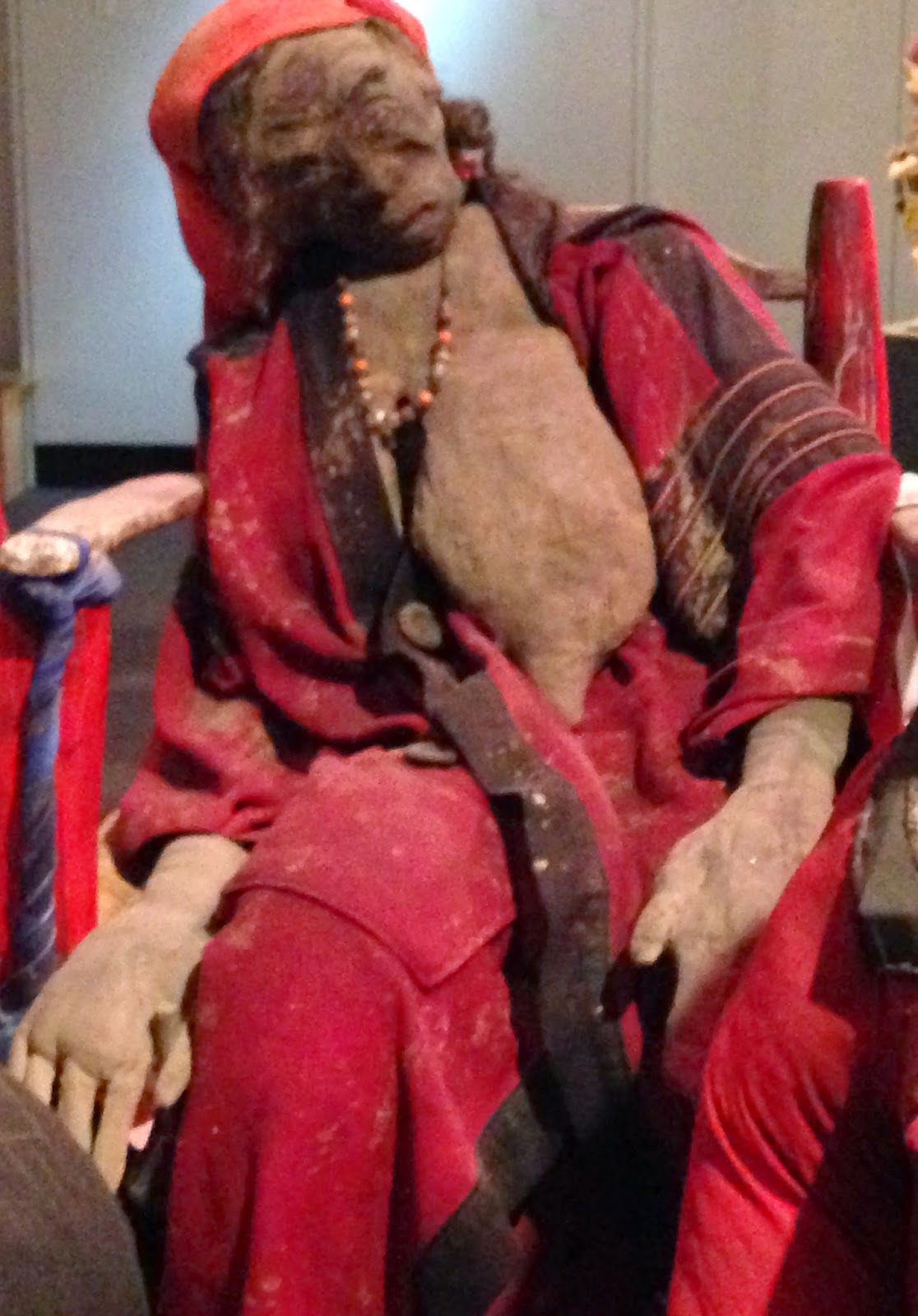 The Field Museum also had a majestic exhibit on The Vikings.Which, I might add, is actually a verb, not a noun. (As in,"the various tribes of Norse people went on "vikings," which was a way to replenish their supply of slaves and other stuff.") Not surprisingly, they kept doors and boxes locked shut (probably in anticipation of other tribes viking through) and keys are a dominant feature of the archaelogic finds. 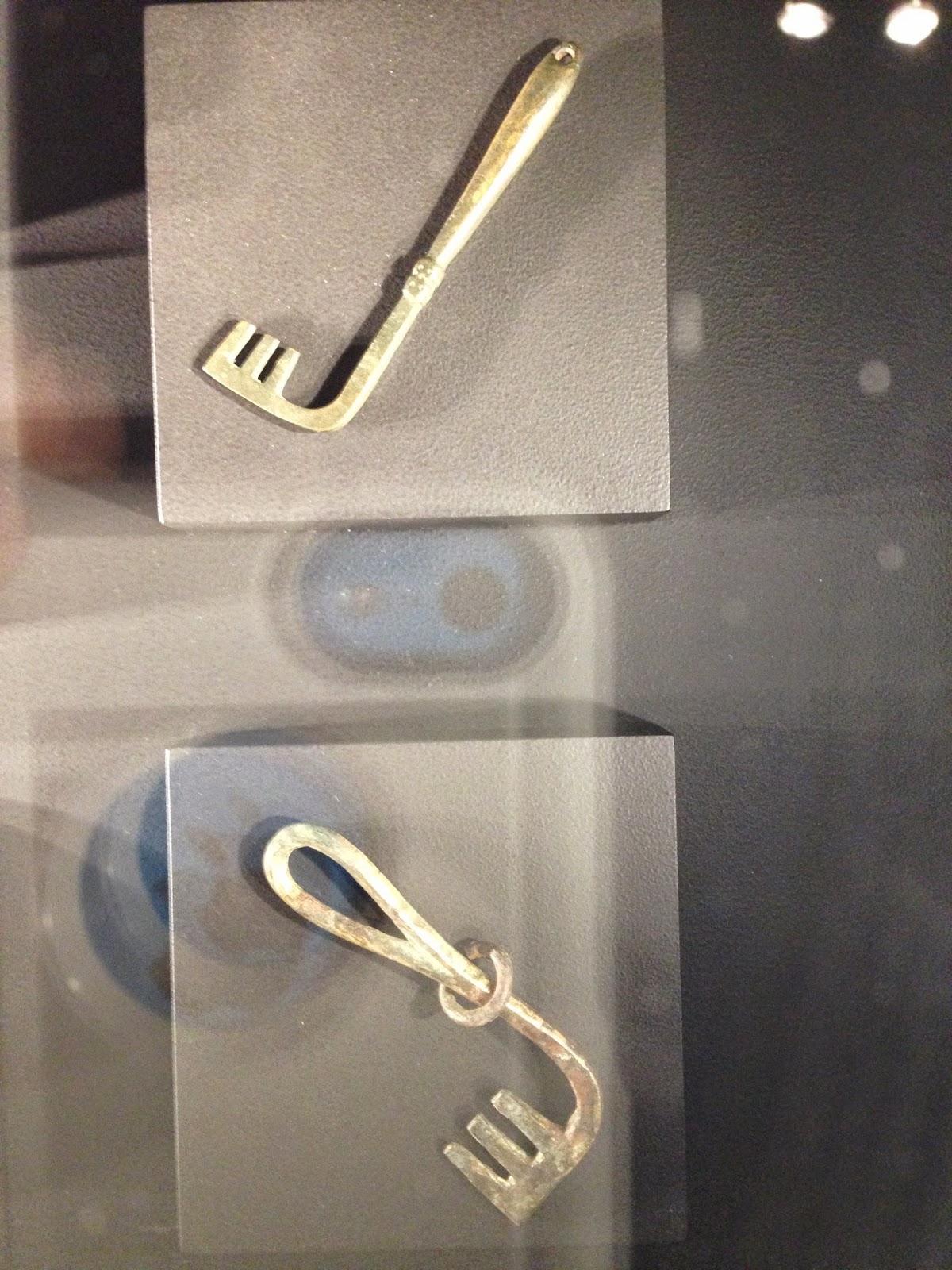 They also hung a lot of their goods on their belts...probably for the same reason. 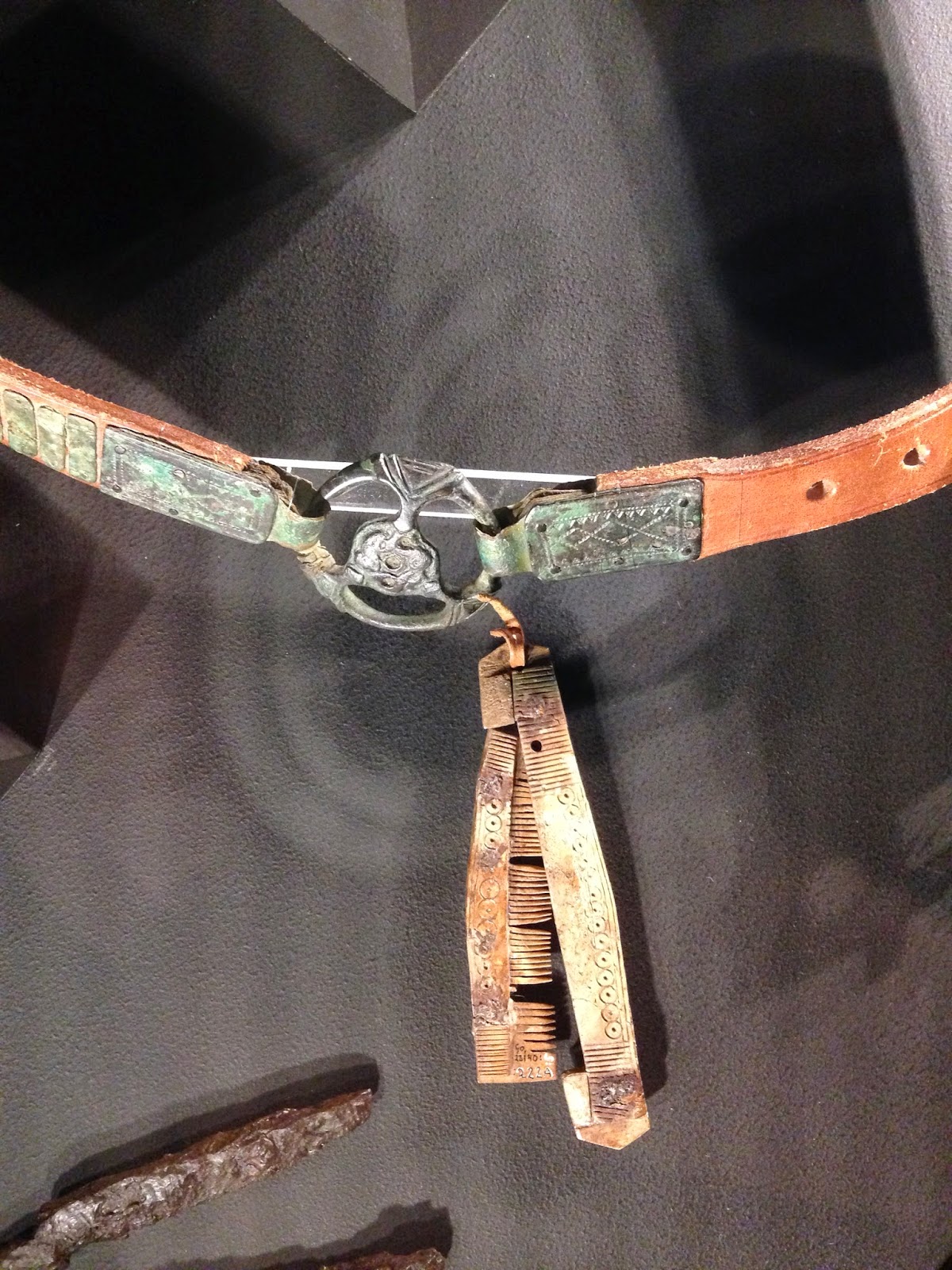 I spent four hours at the Quilt Show, which opened with flocks of redware dancing in the air like so many kites. 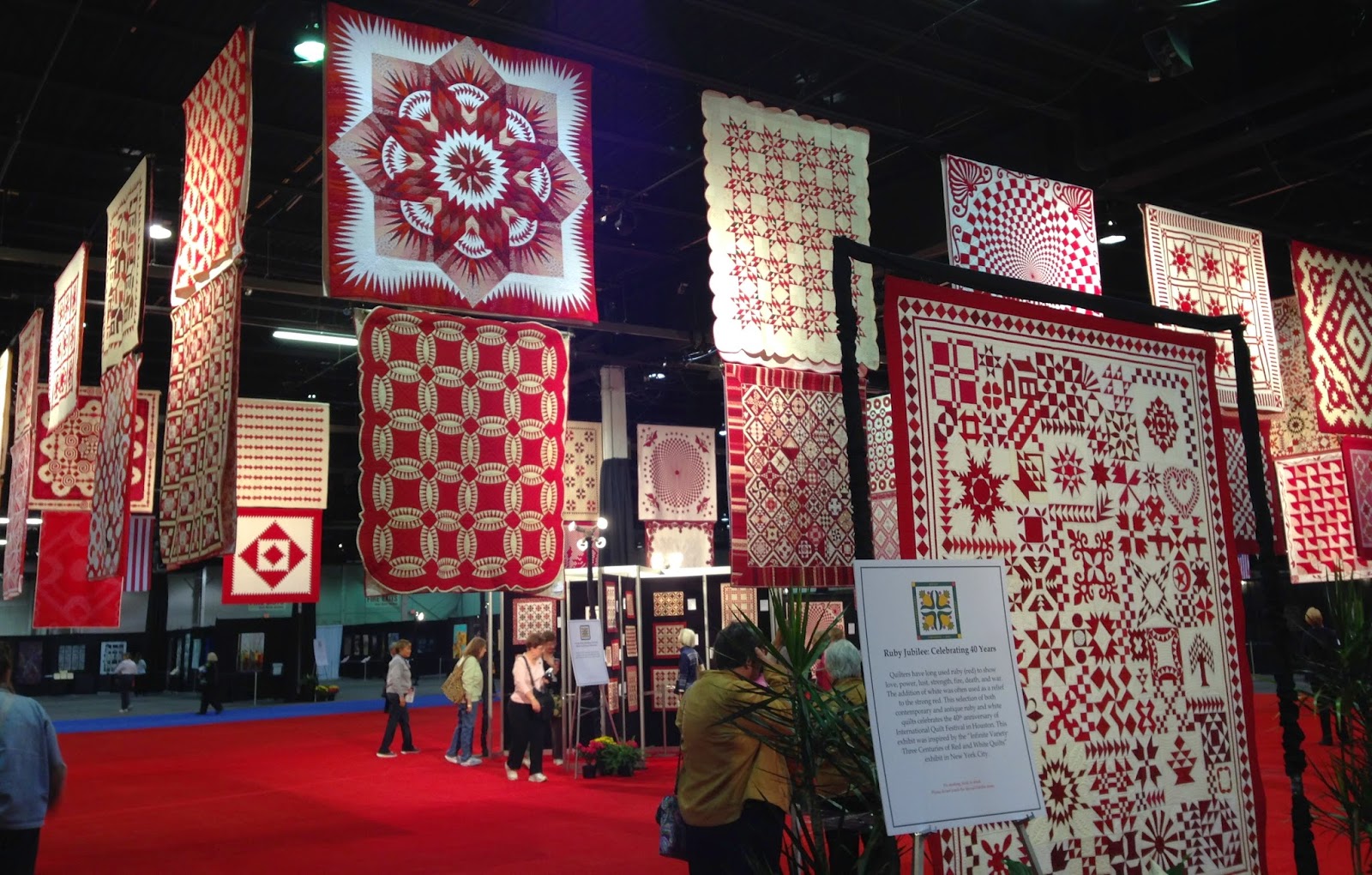 The various exhibits featured both the old and the new. I was particularly enchanted (and awed) by the tiny perfections of the stitchers who came before... 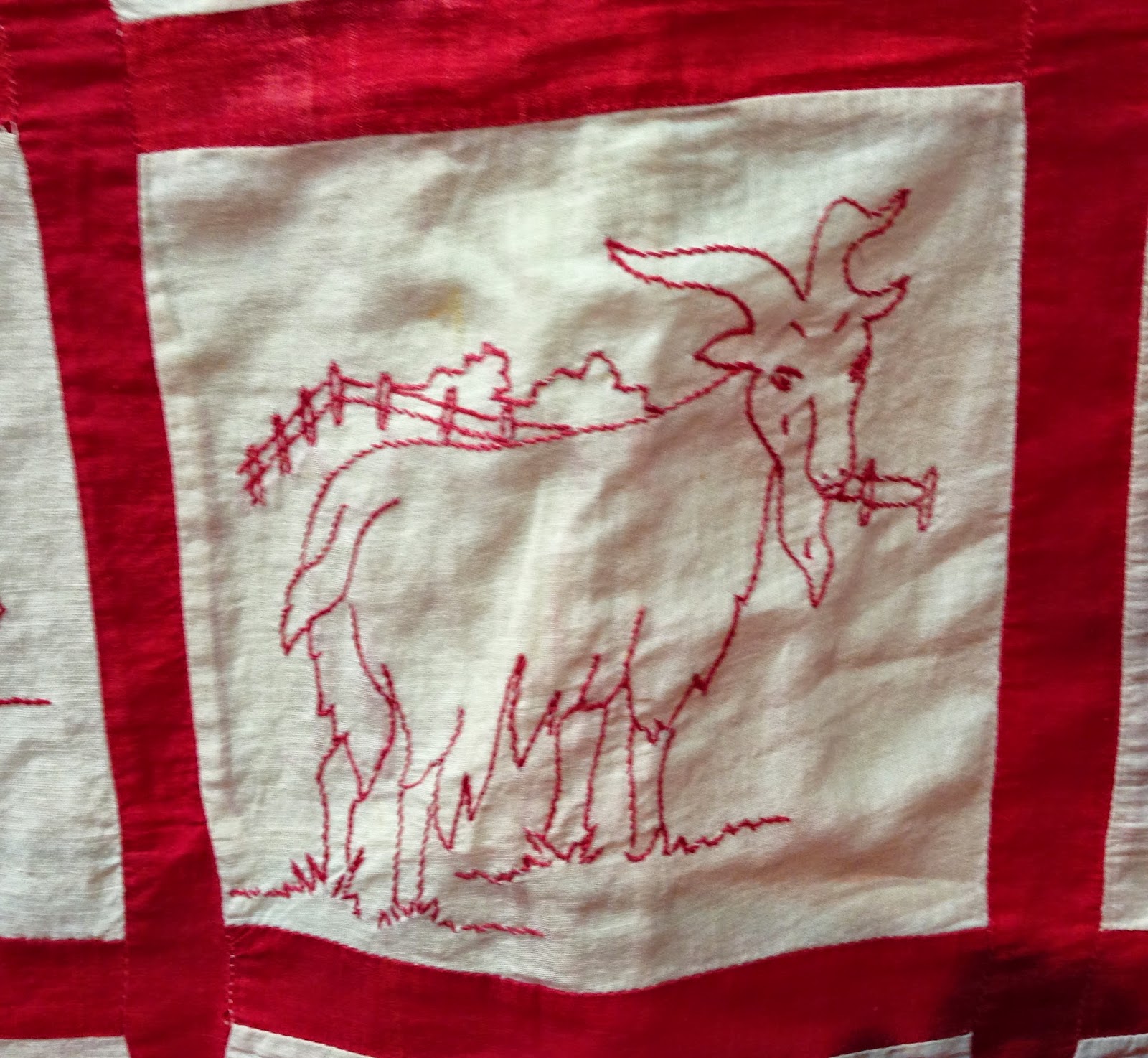 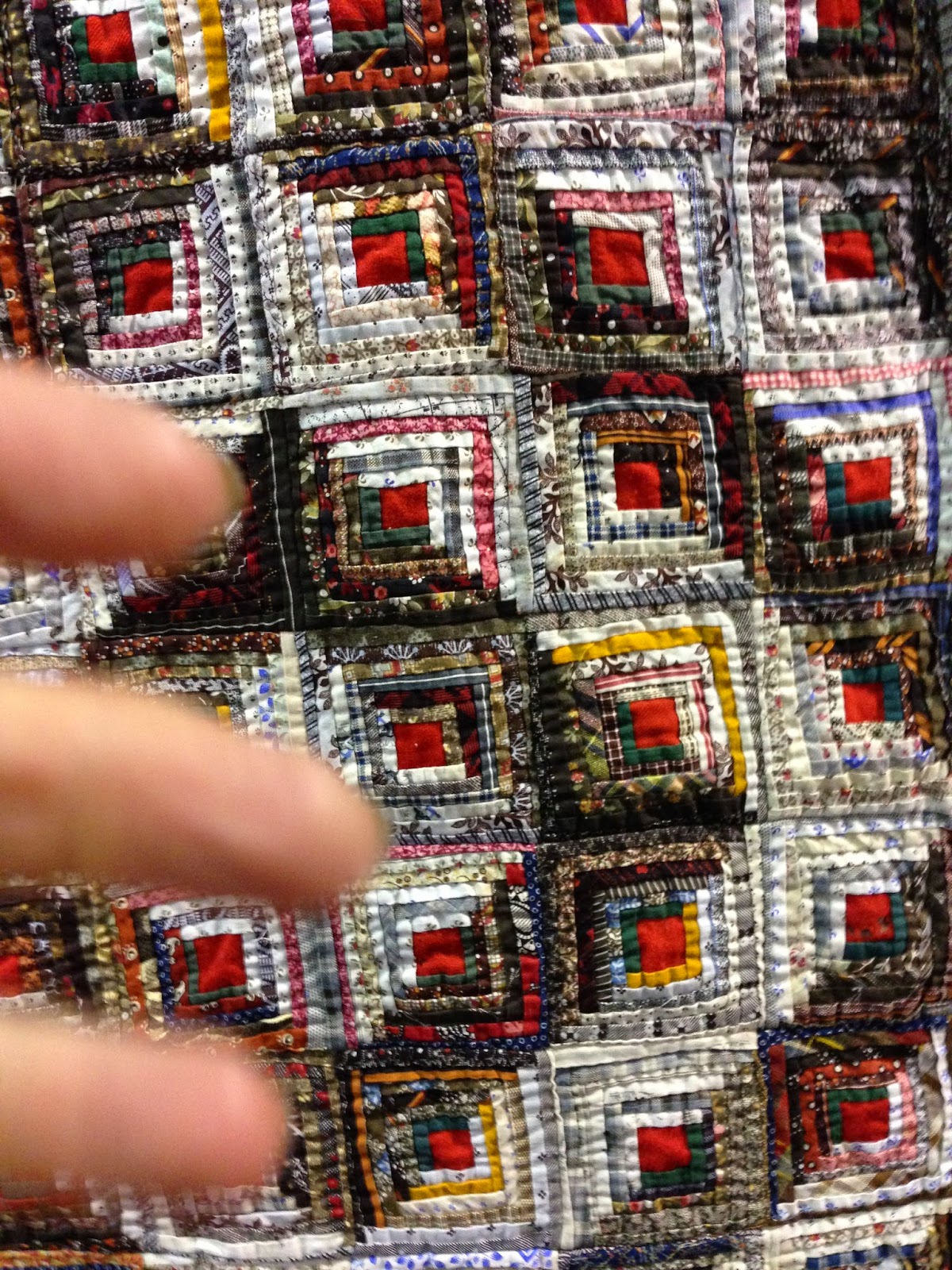 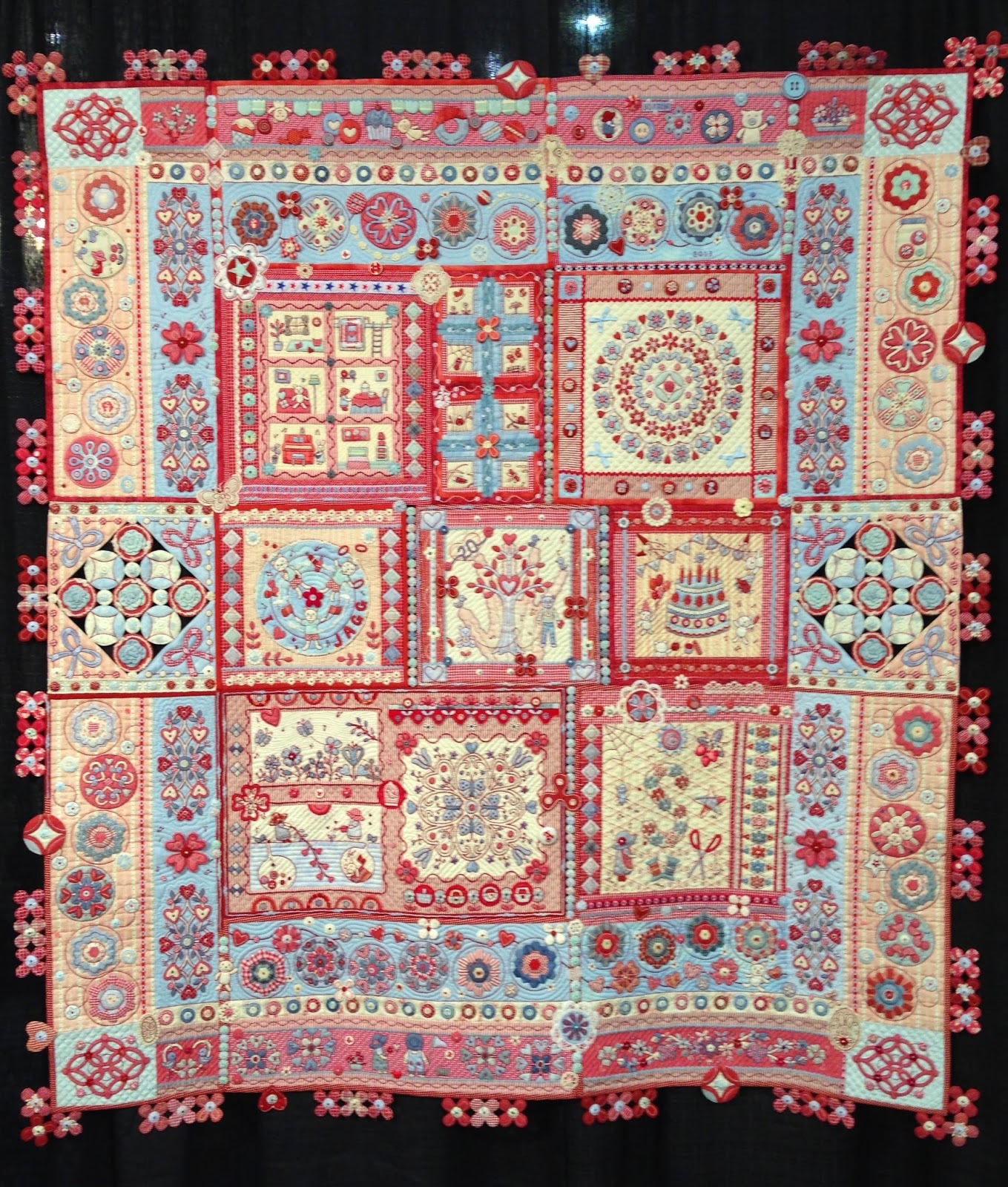 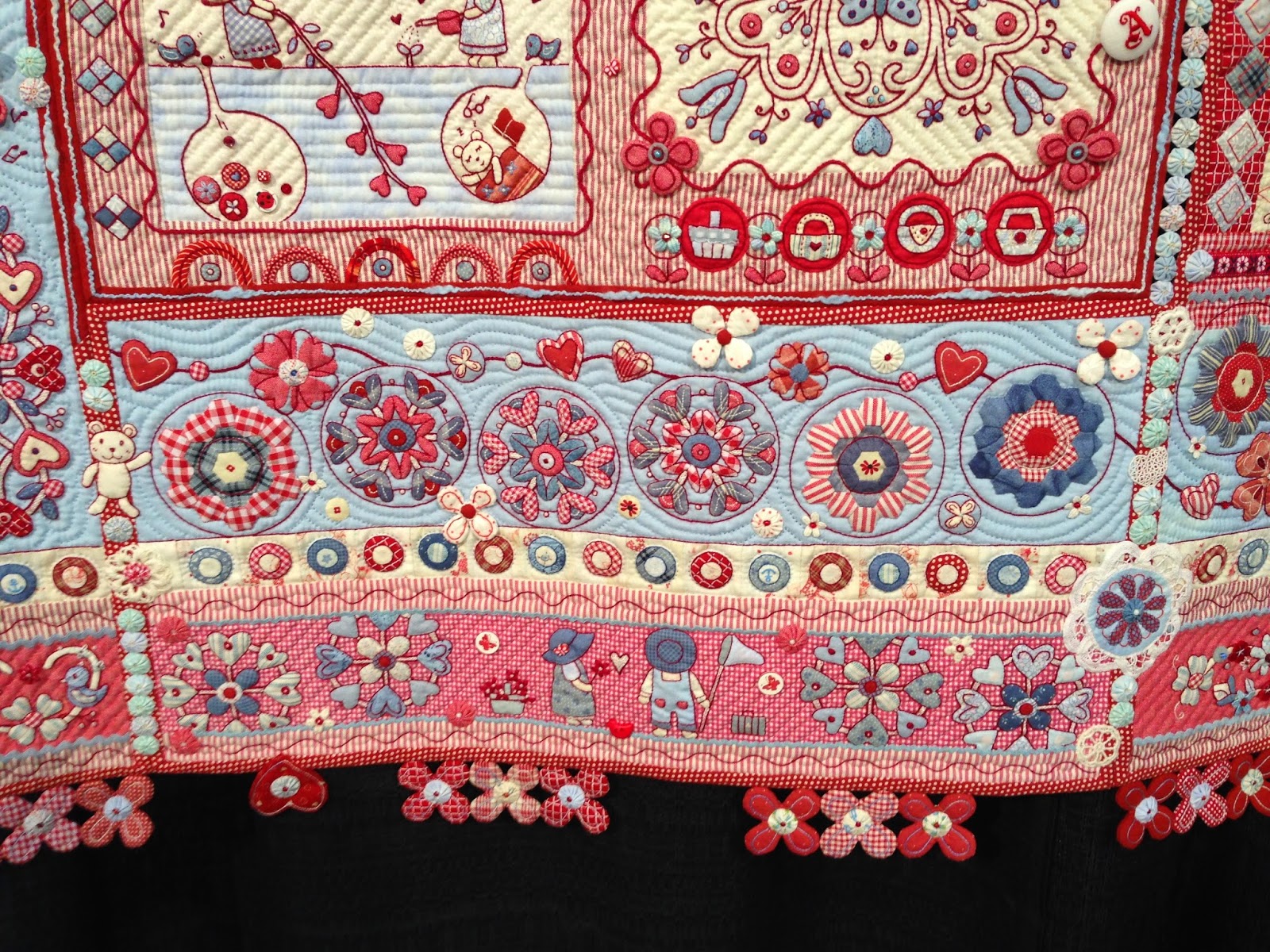 We went to a taping of the NPR quiz show Wait, Wait Don't Tell Me, and, since Thing One is a hotshot in the Chicago restaurant business, we had no shortage of very cool meals. She recently opened a tikki bar (what one always thinks of when one thinks "Chicago in winter," yes?) and I found myself beset by a panoply of drinks that sprouted parasols, orchids, and other wildlife. 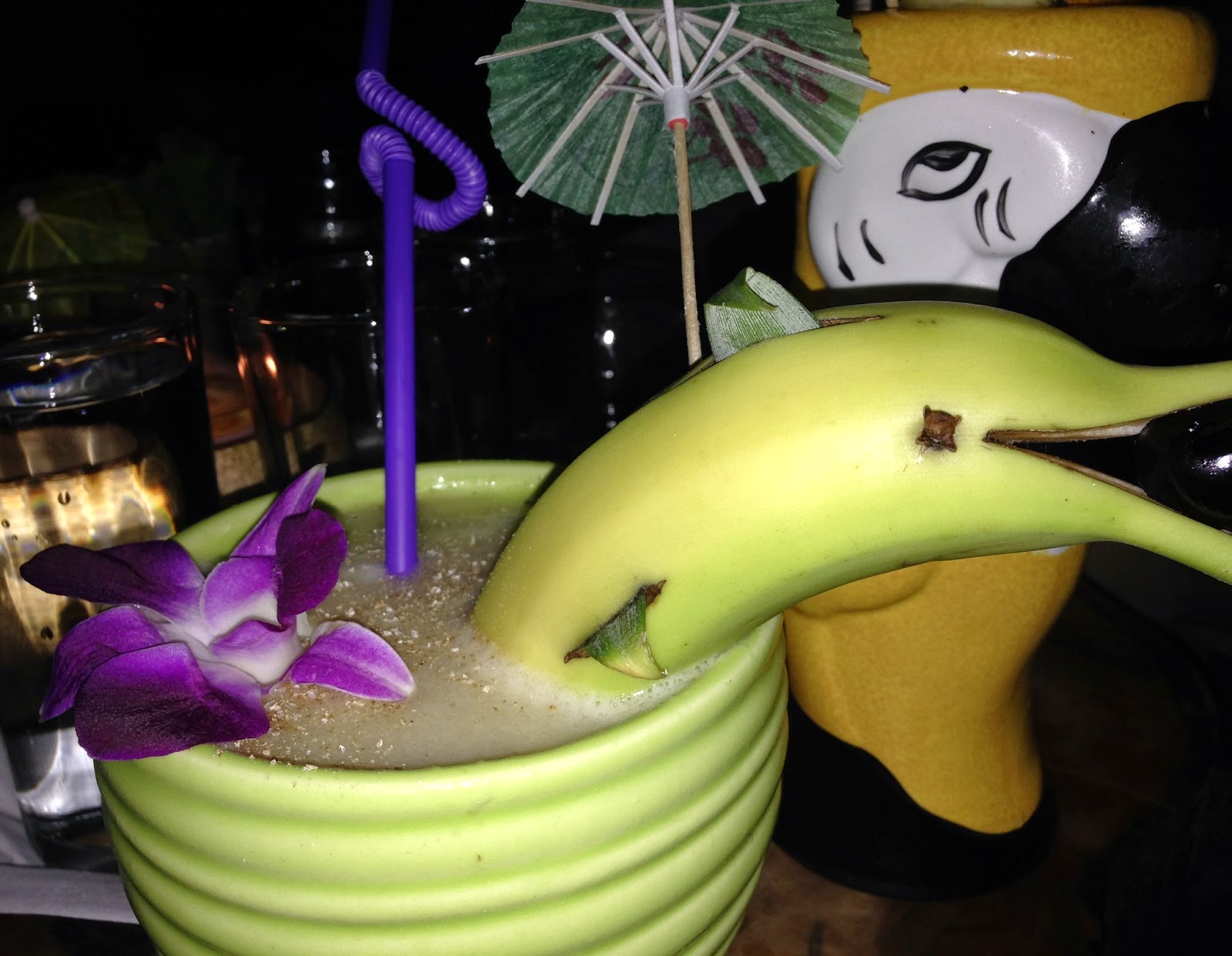 After three nights of staying up past 9 pm, I flew home in exhaustion to the waiting arms--and paws--of my family.The cups in Pennsylvania just have coffee in them. And that's fine with me.