Lots of signs in Idaho...the kind you don't see so much of in my neck of the woods. 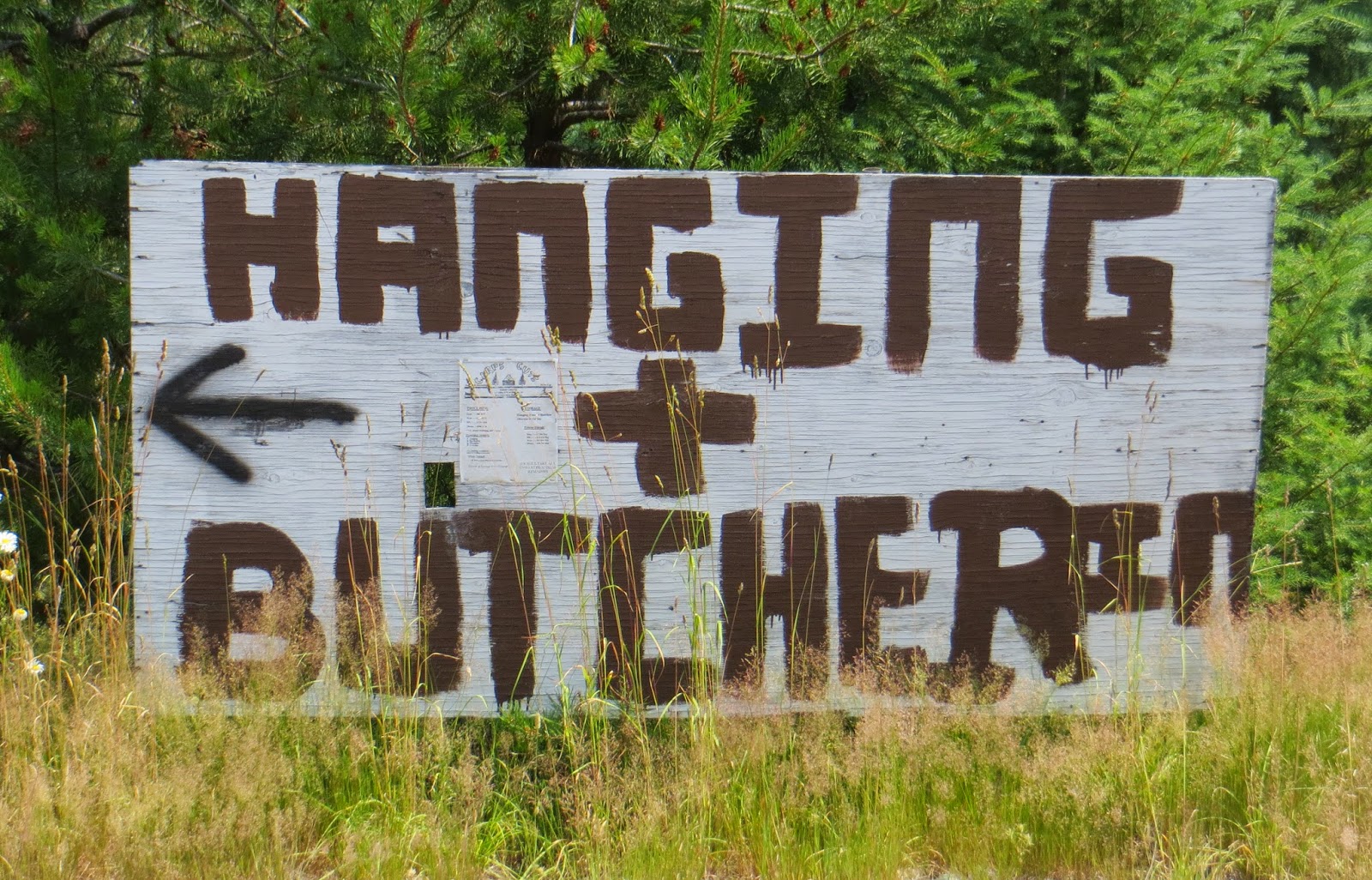 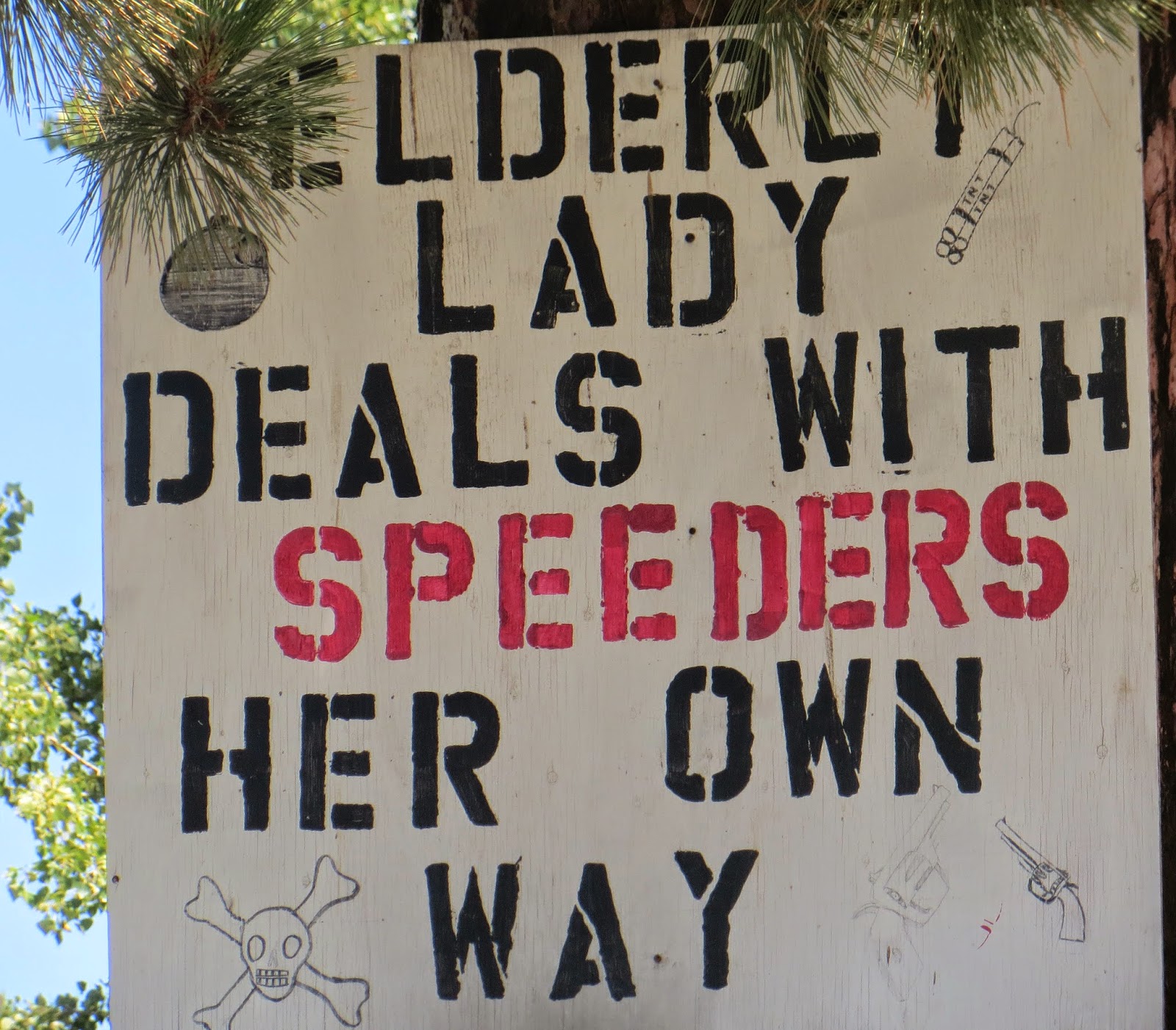 Residents of the next town over were a little less temperamental... 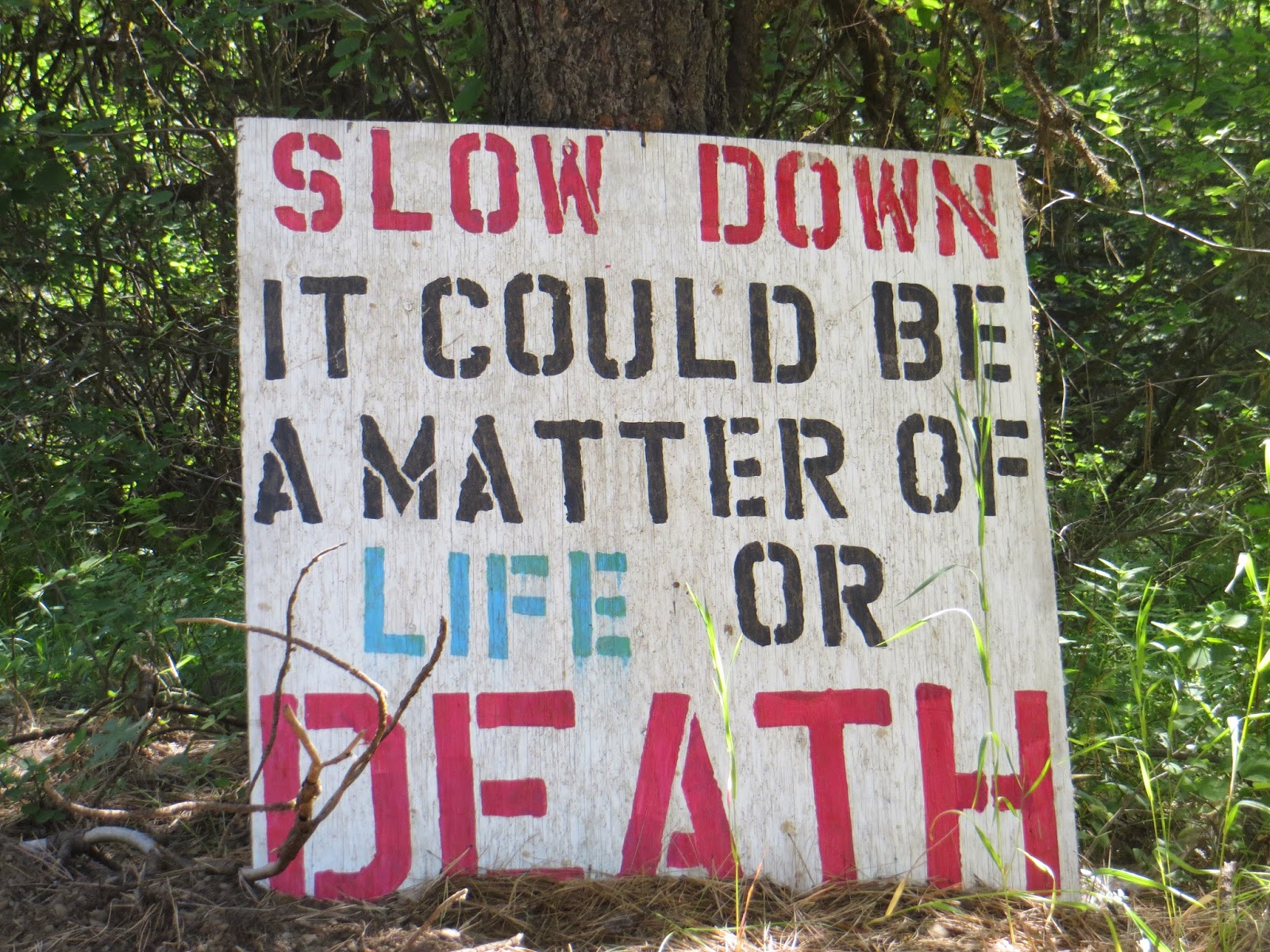 ...while those even further up the mountain tried a completely different approach. 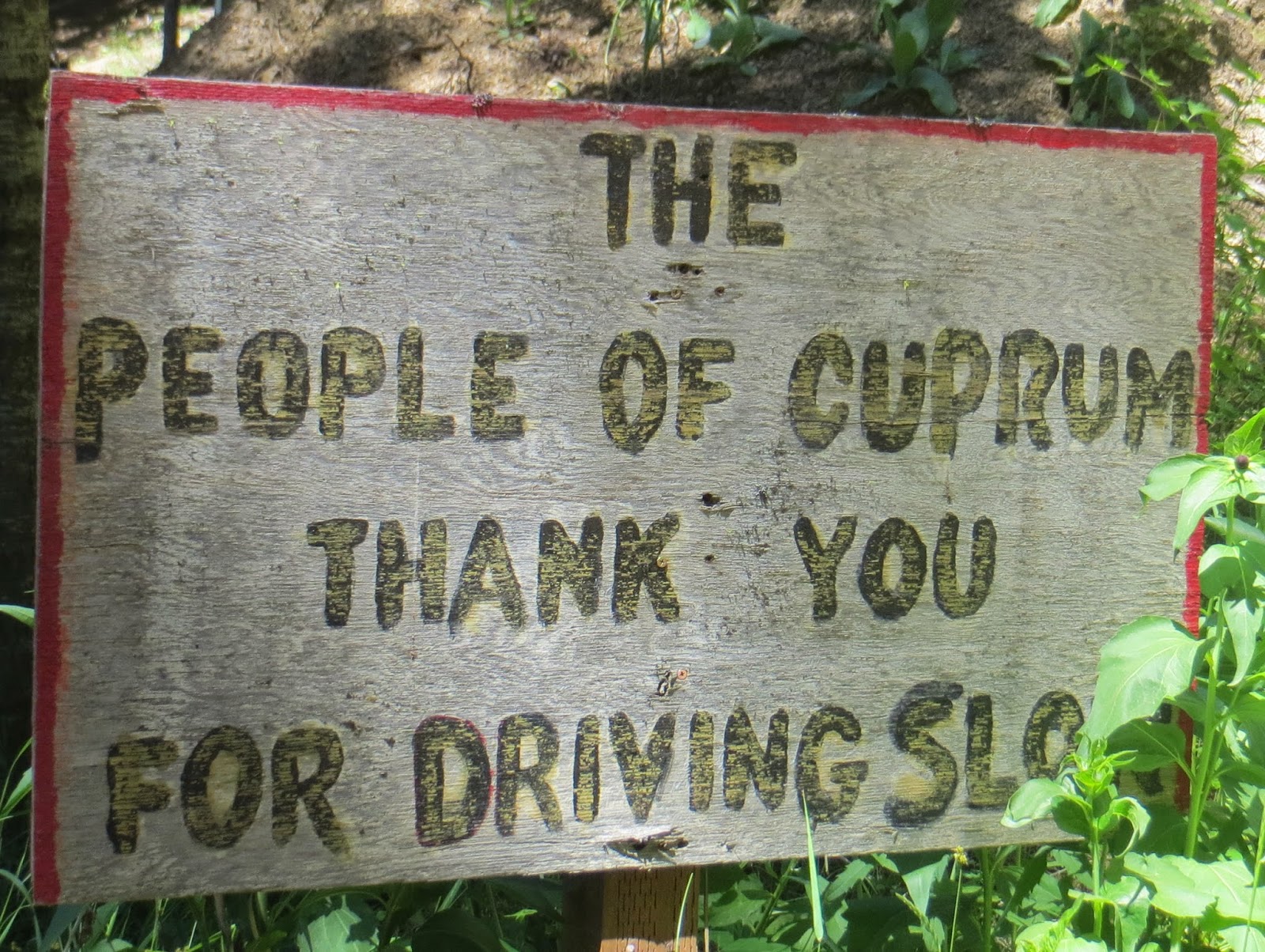 This poor guy wasn't sure how he felt. 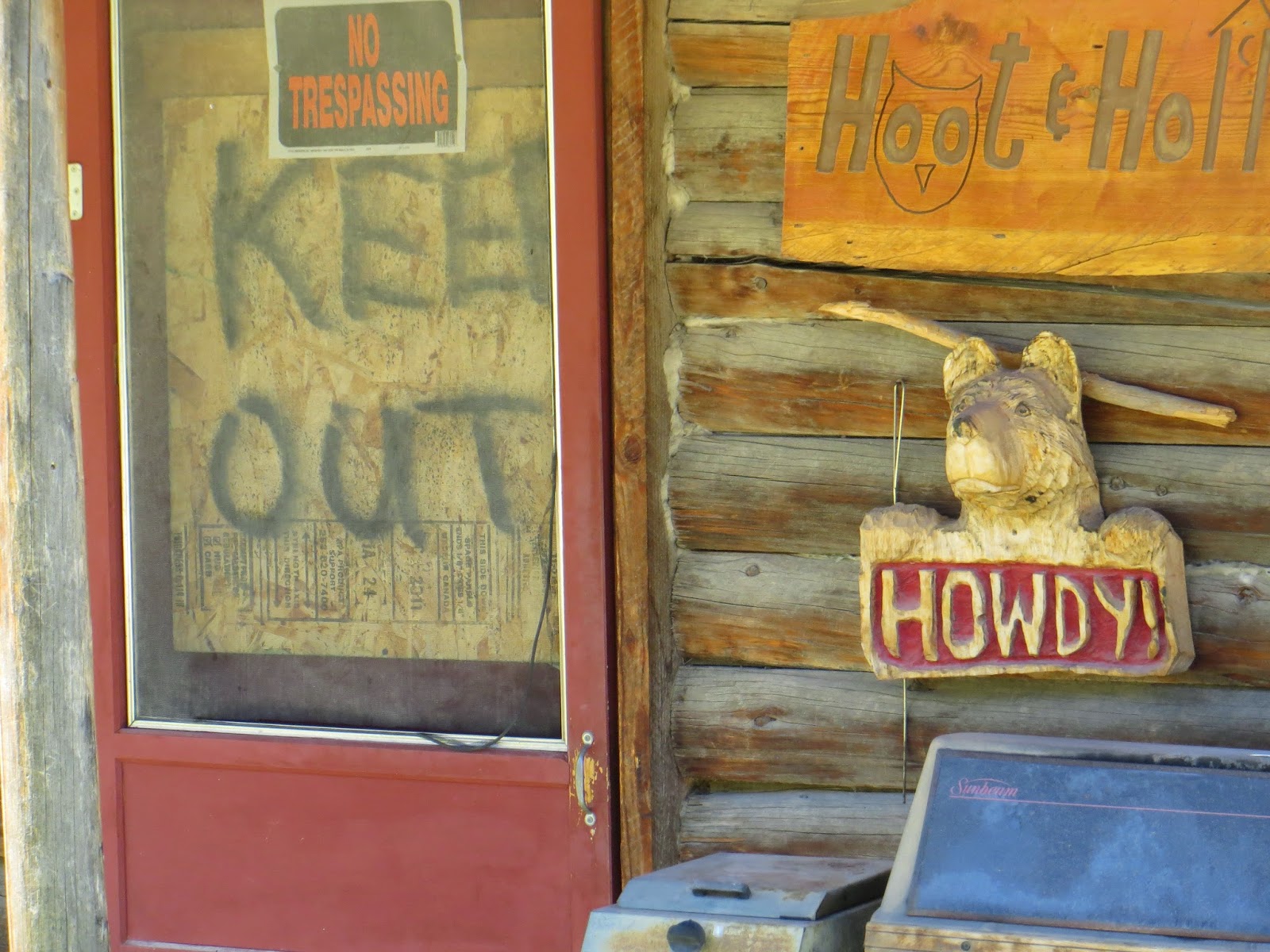 Even the state government has a sense of humor. Can you imagine the guy who has to tell his cell mates that he's serving time 'cause he harassed the fish? 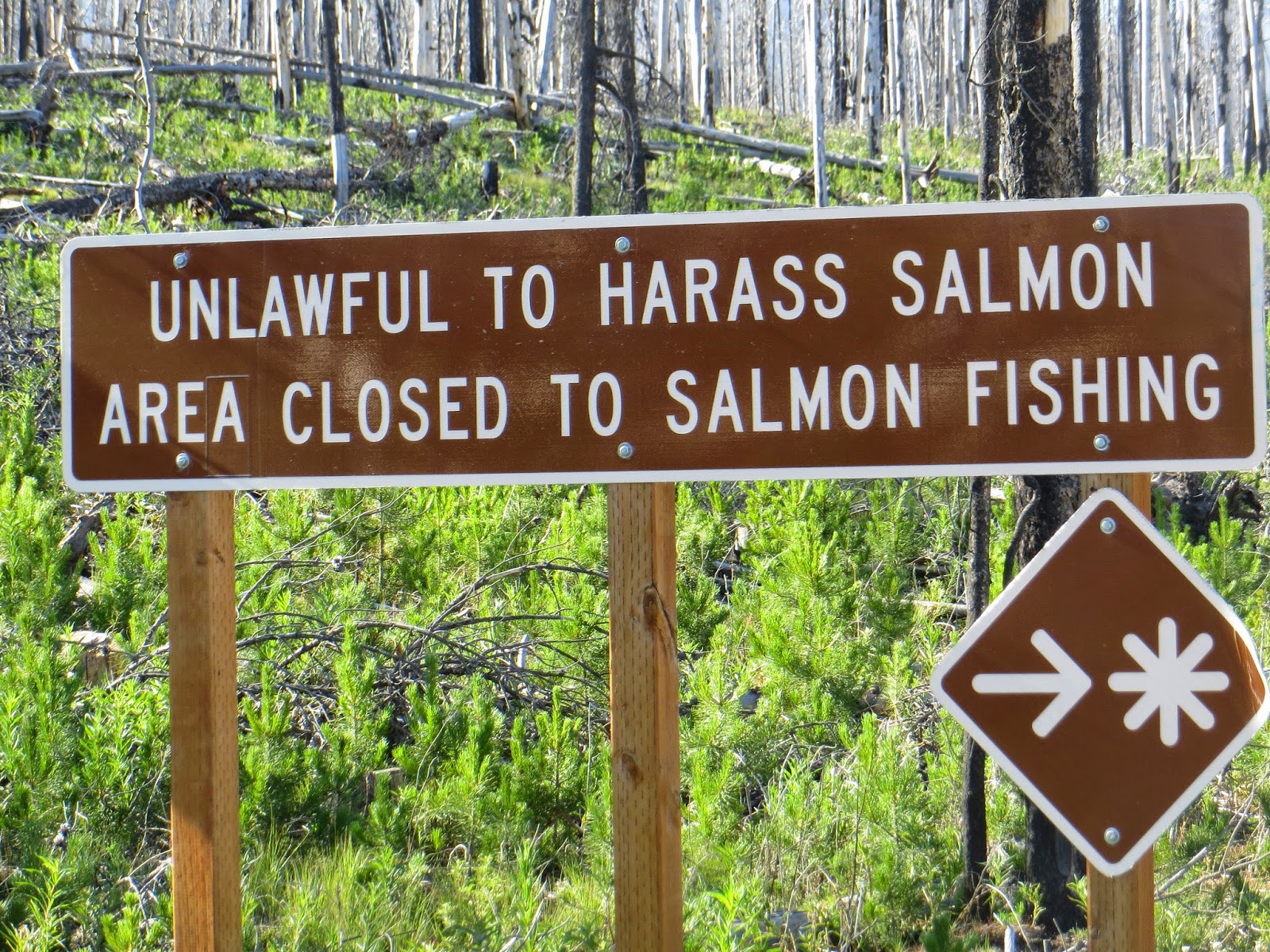 Then, there was this. 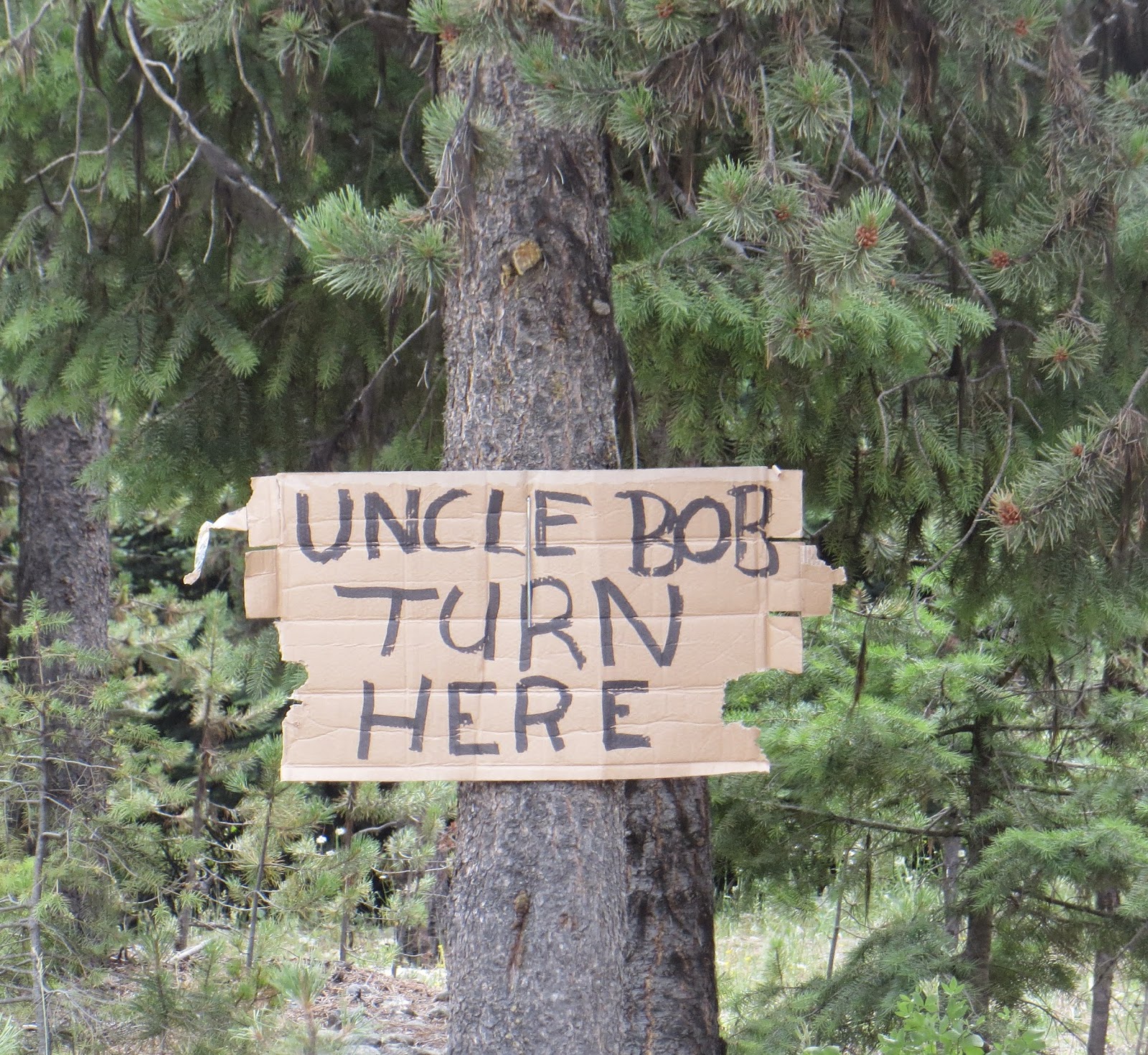 Some of the most compelling signs had nothing to do with words. 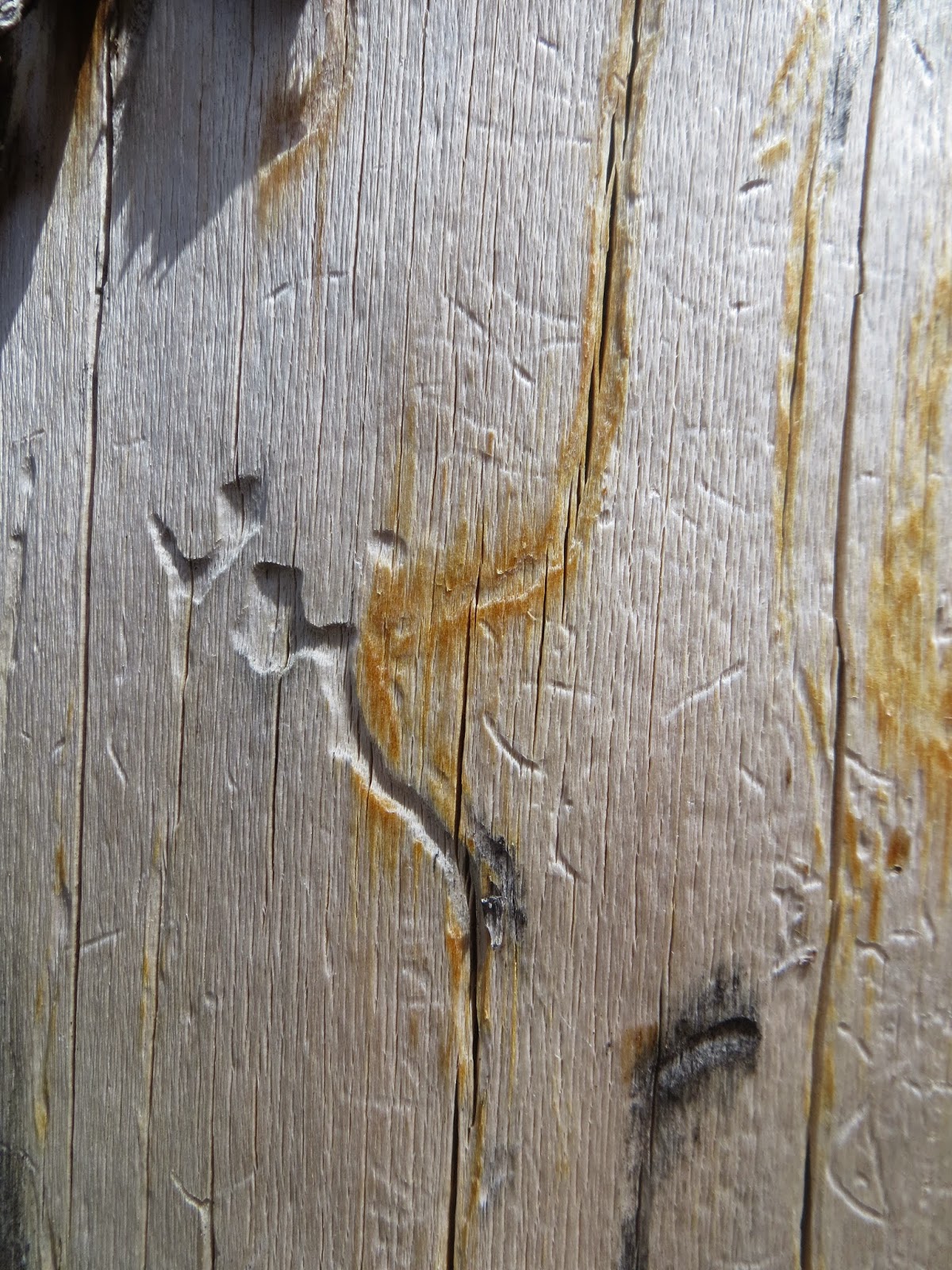 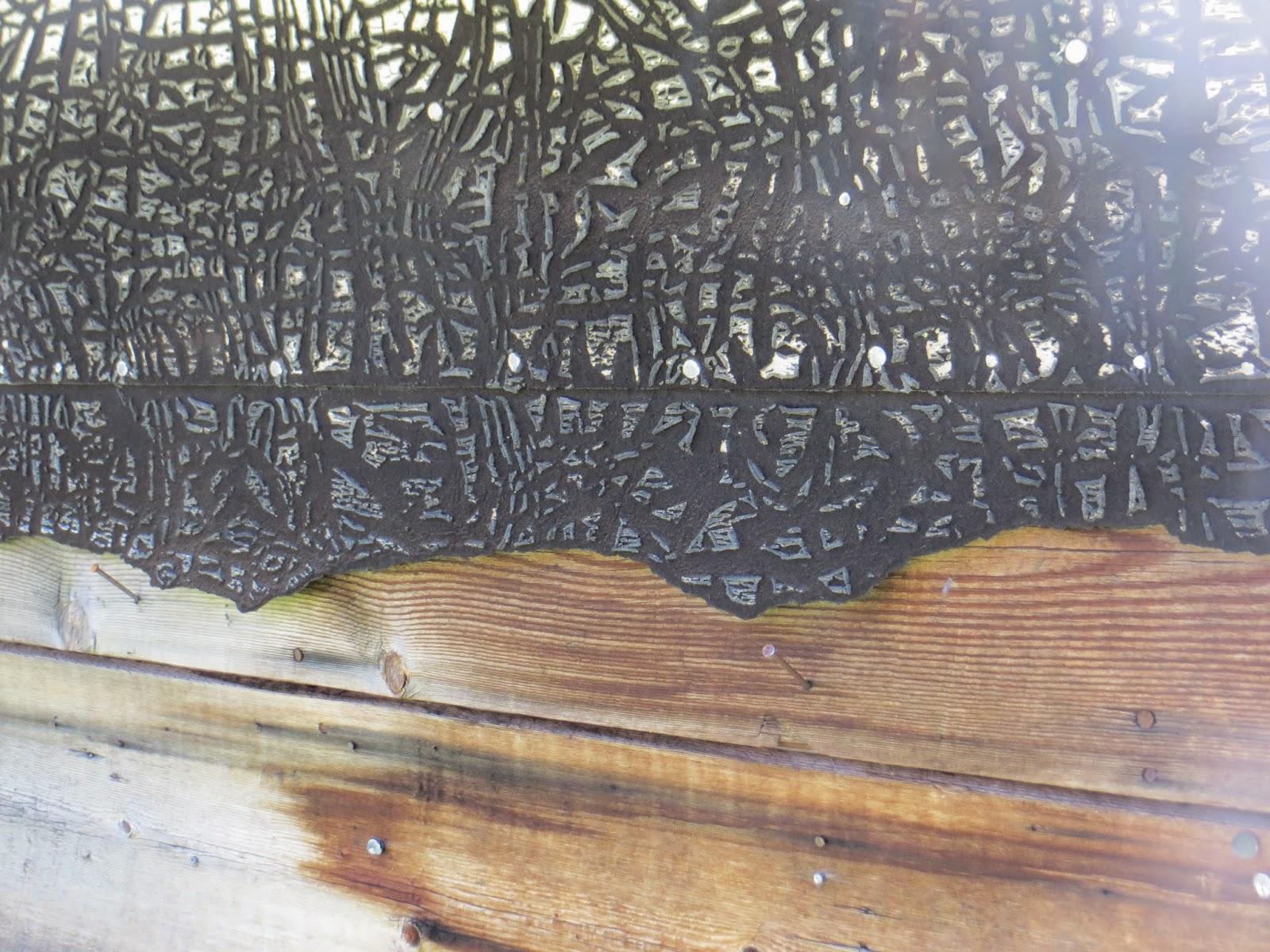 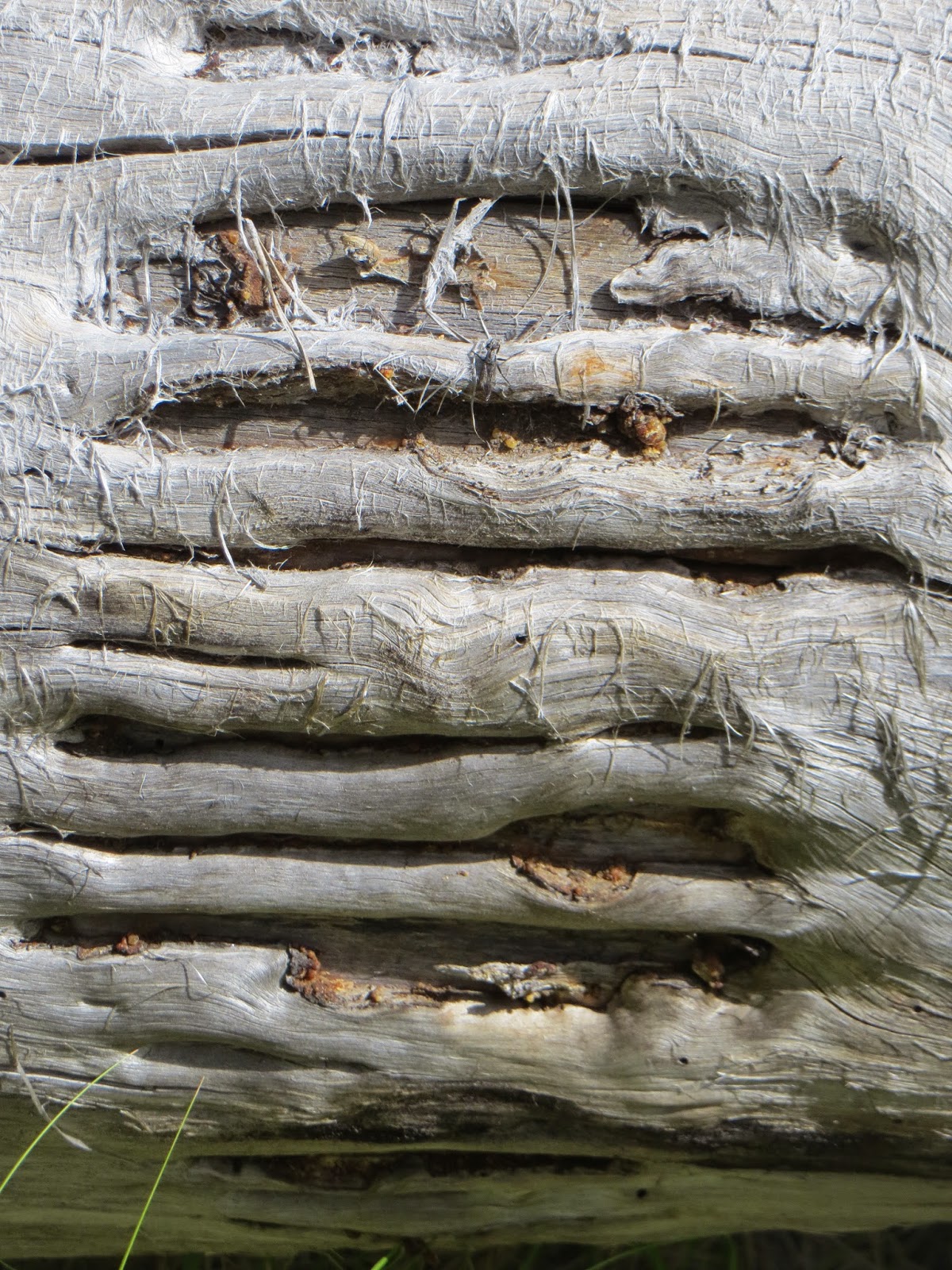 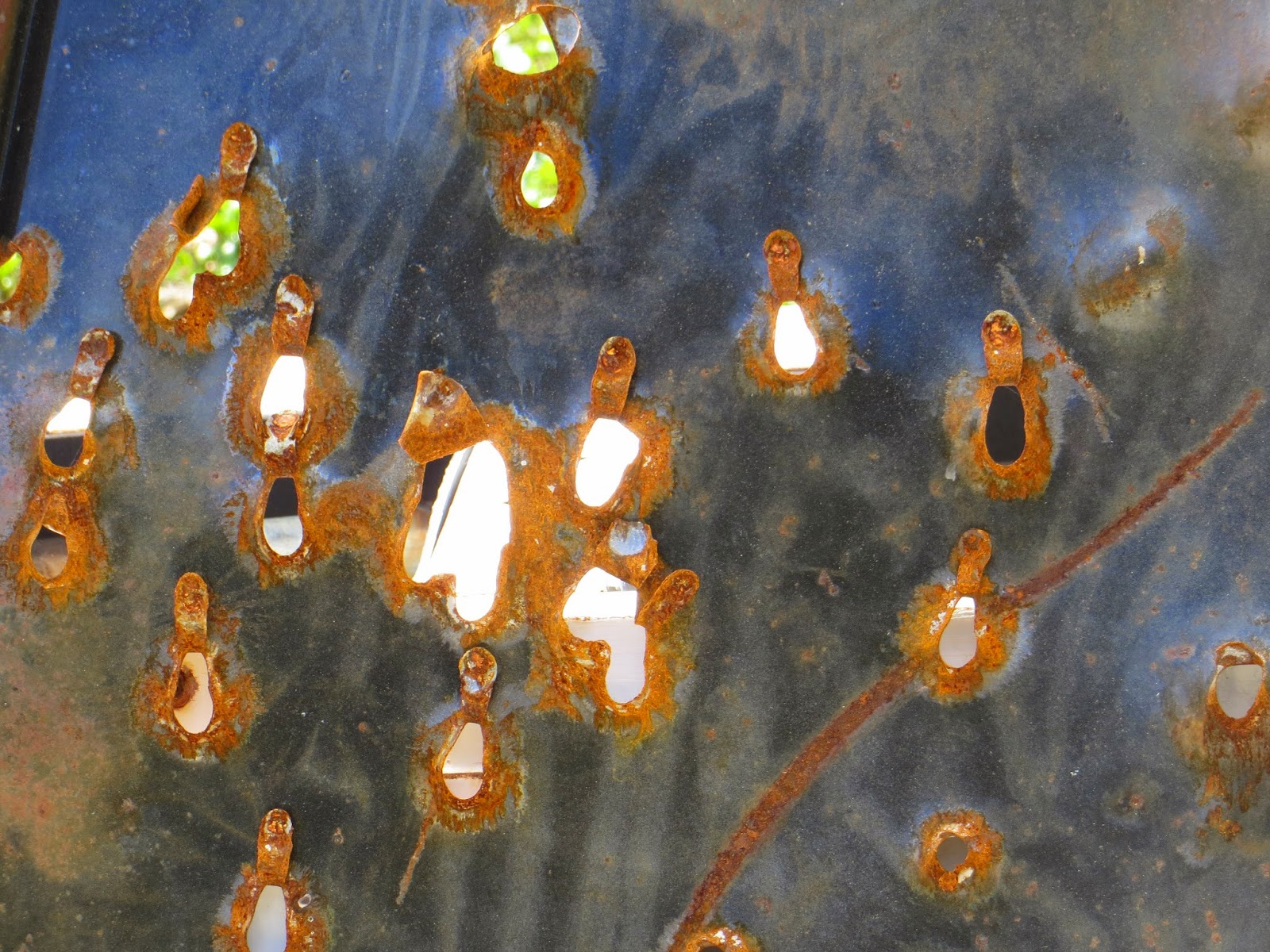 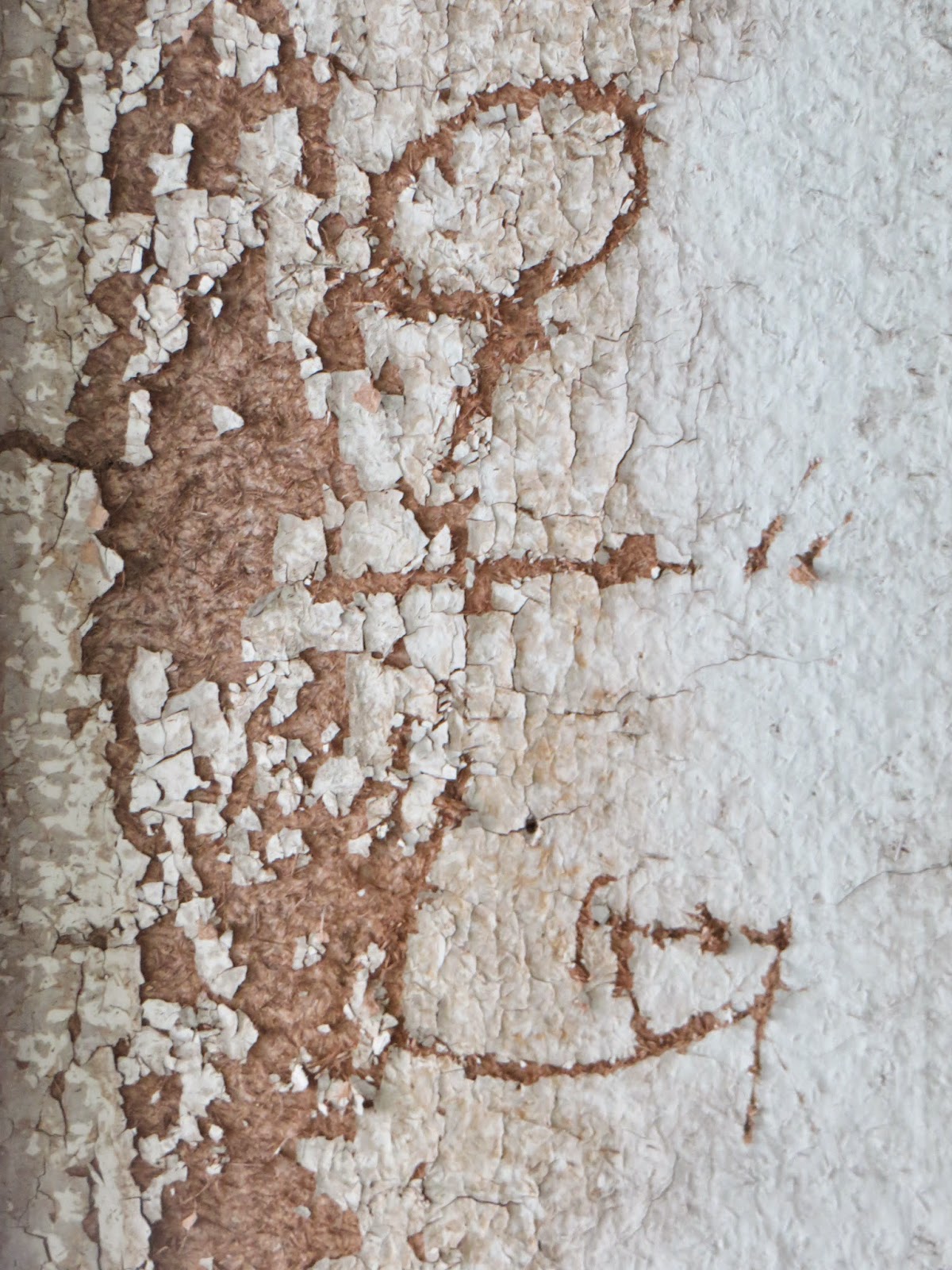 Some signs required interpretation. We found several sets of tracks at the secluded alpine lake that I lured Himself to hike to with me, largely by dropping my voice two octaves and mumbling when I came to the word "alpine" in the hike description. (Alpine involves a mountain which therefore necessitates an uphill climb.I'm such a bitch.) The nice Ranger confirmed our guess about this one. 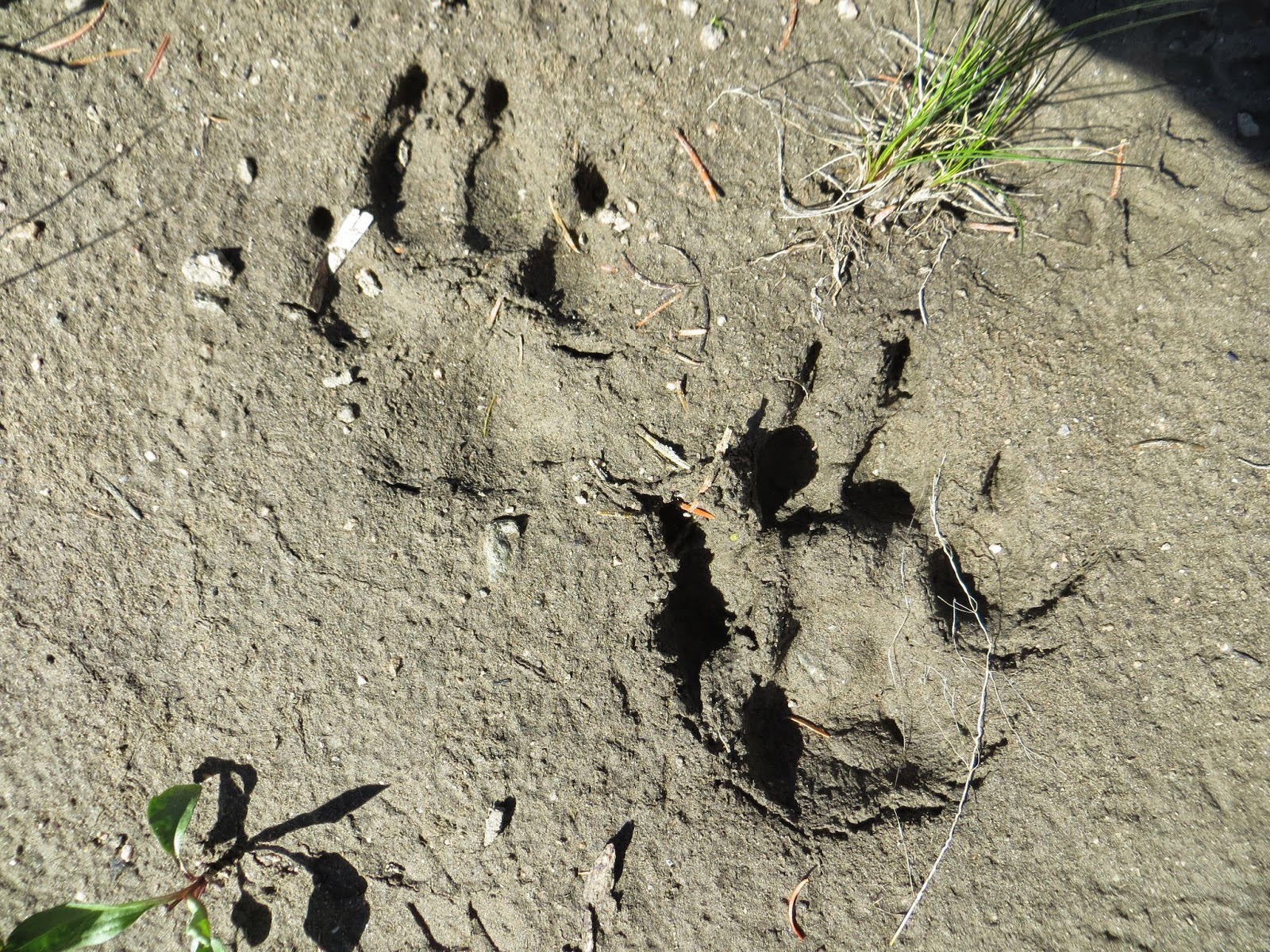 Most definitely wolf. (Yes, I know they look like raccoon but they are about the size of half of my foot.) You get to that, she explained, by recognizing the dog pads, but with claws. We knew this next set were feline and she concurred. 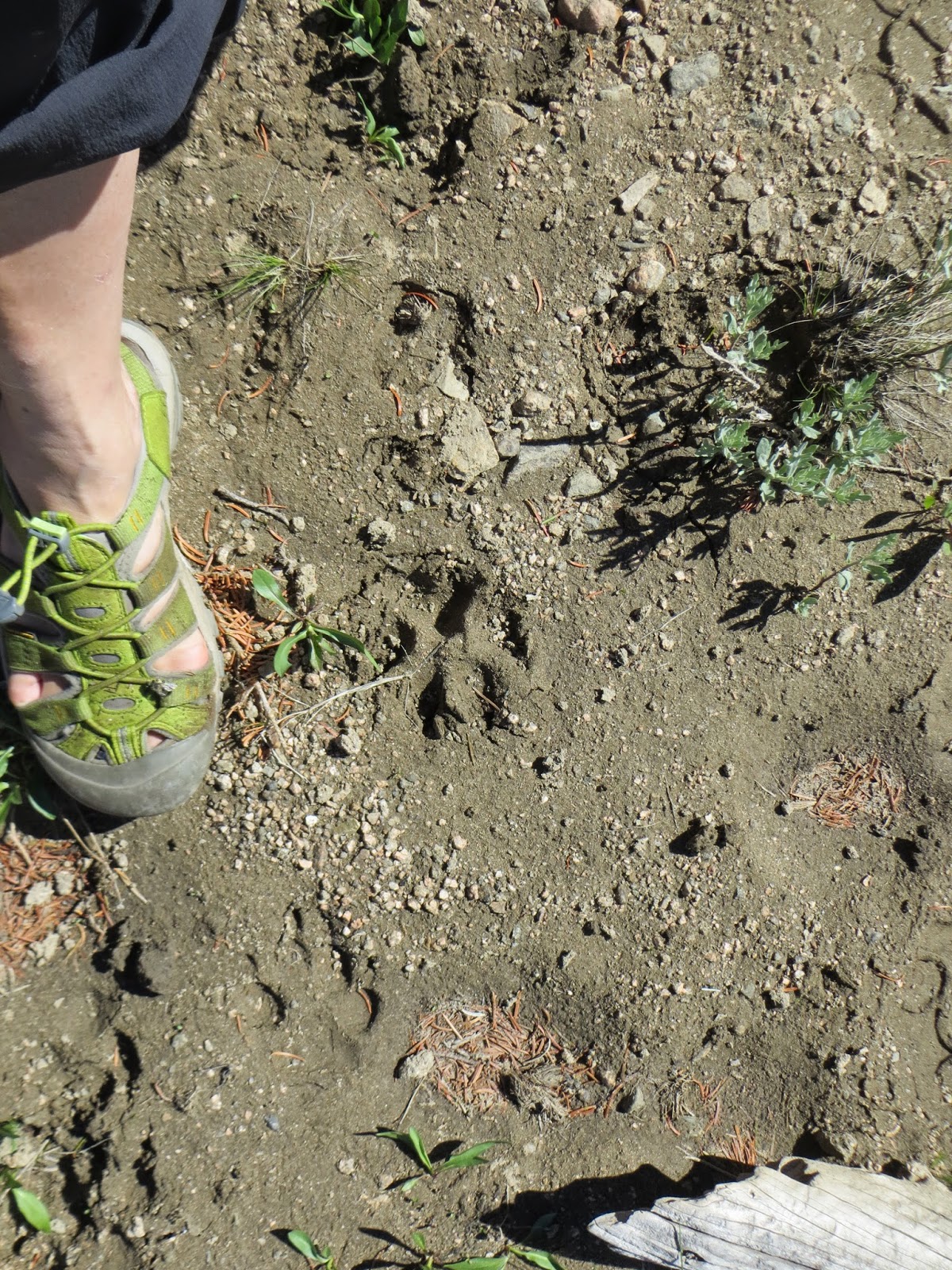 Mountain lion. By now, I began to fantasize about my new career in animal tracking. And so I spent days on the internet trying to figure out this one. 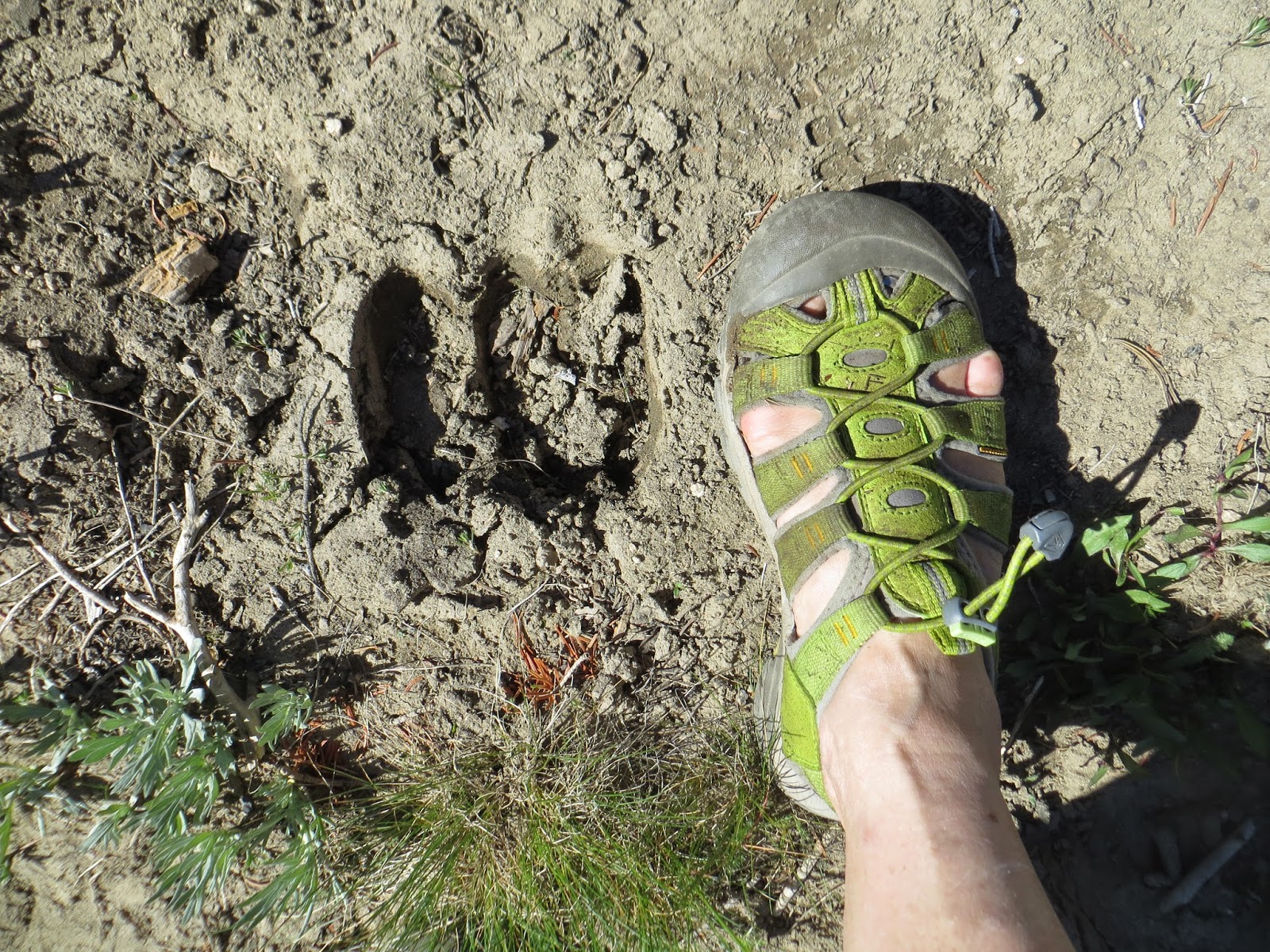 Large mammal with three toes. Probably hooved. Clearly not extinct and, because of the gait pattern, unlikely to be Sasquatch. I couldn't find anything on the web. I poured over the books of tracks in every Ranger Station gift shop. Finally, I showed it to Nice Ranger Lady and she knew immediately.

And if you said "one elk following another," you are right.