The Thing You Fear

A quote that originated in a Virginia school for wayward boys and wound its way through a long chain to Pennsylvania has never left my awareness: "the thing you fear is probably the thing you need to do the most."

Keep that in mind as I tell you the story that begins with this. 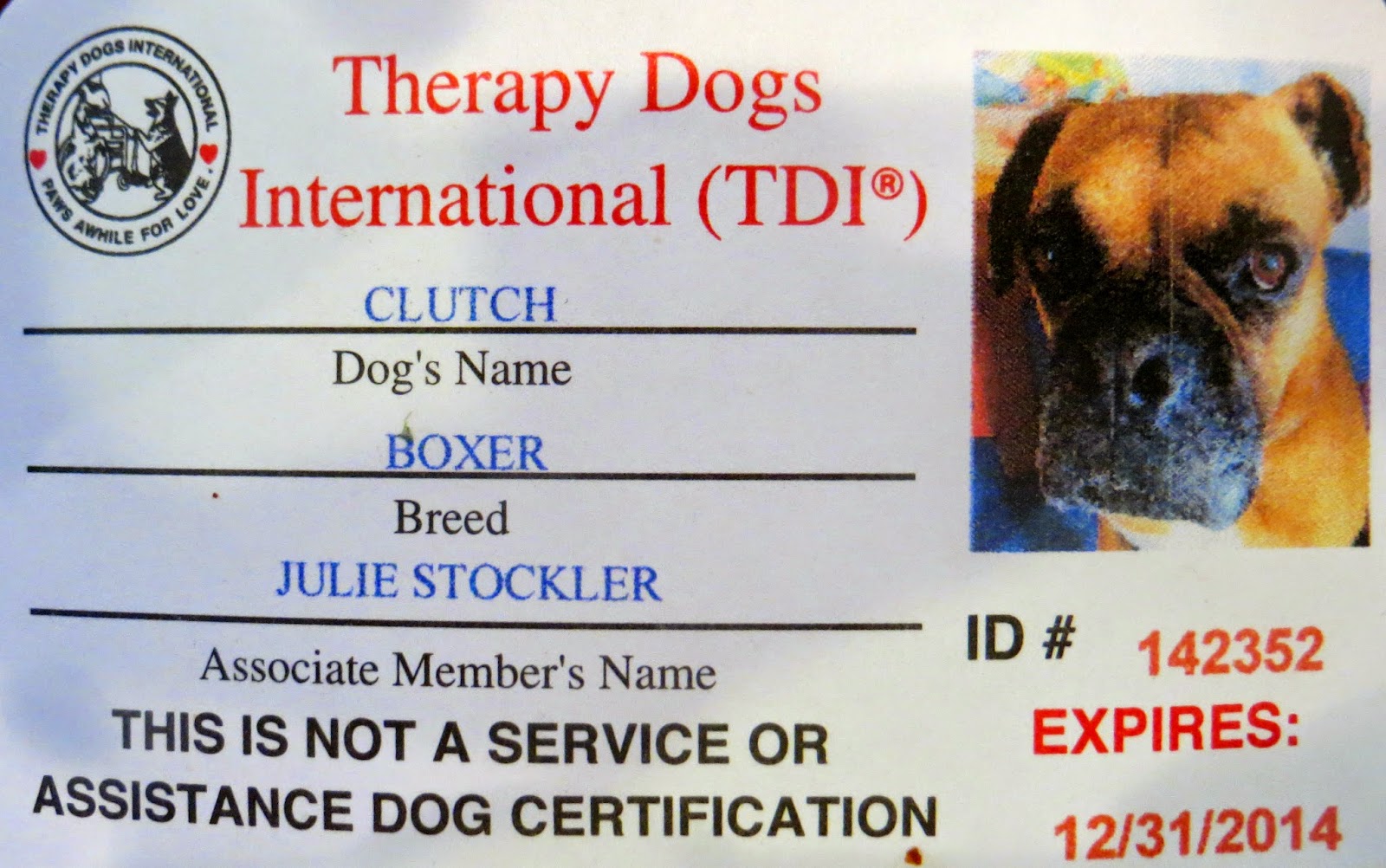 Which goes with this. 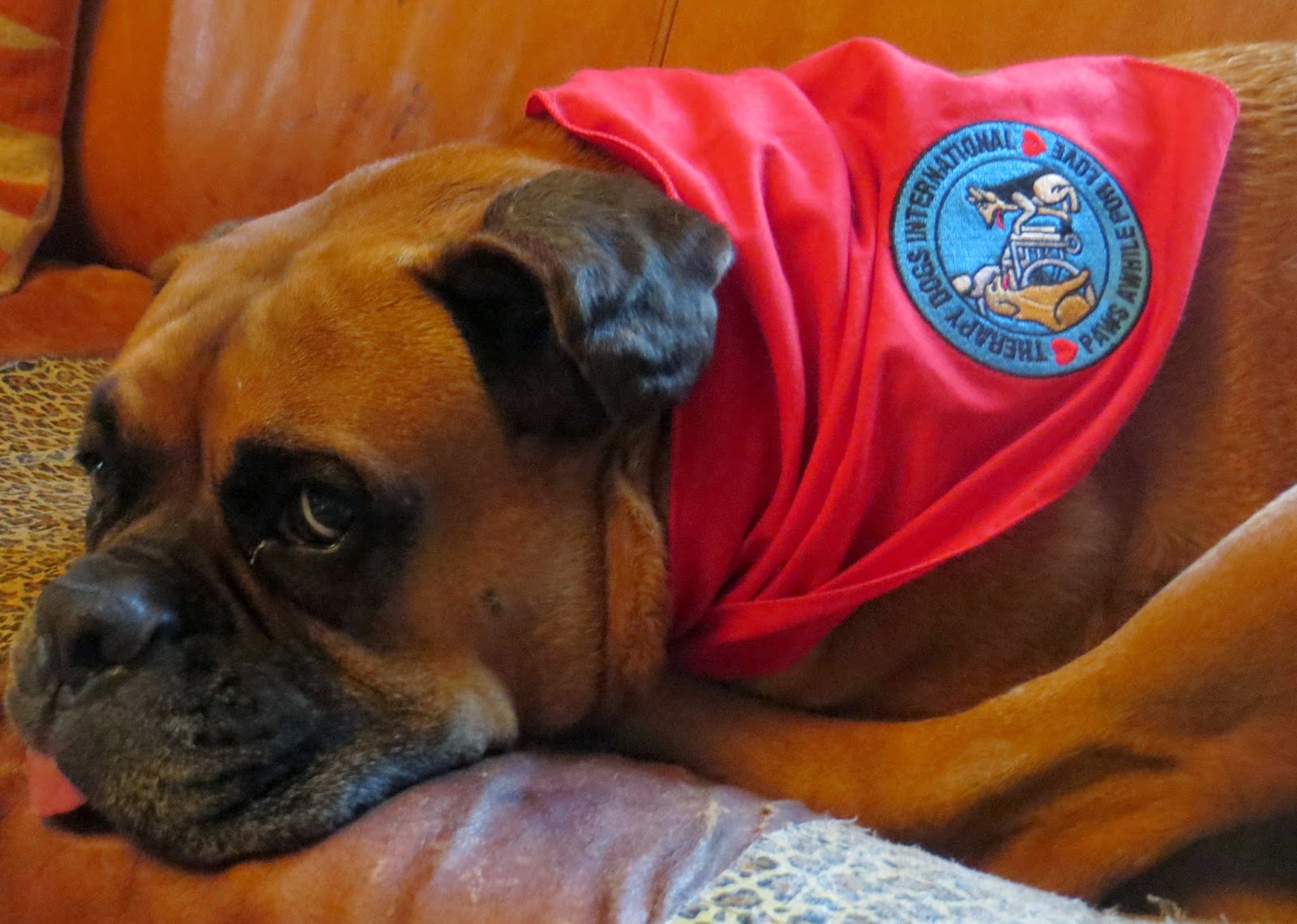 Every Monday, both of these go with me to visit the residents of a local nursing home.

No, you are not misremembering. I did say in some spring post that we entered Therapy Dogdom in order to work with young children who were having problems reading. But while we were waiting for local schools to return from summer vacation, I saw that the events of my life had been slowly edging me toward one of my last remaining Zones of Discomfort.

That zone circles inward from the unwell elderly in general...to the institutionalized elderly in particular...and, right at the very core, the demented old person.

I left home for college and really never returned as my grandparents' generation moved from vibrant and Yiddish-accented sparks of life into the frail homebound. I did visit my grandmother. She was once a thriving one-woman black market, who routinely used her "little old Jewish lady with babushka" act at the Detroit-Canada border to smuggle gold, liquor and agricultural sundries past the clueless Customs Agents (sometimes with us kids in tow).

Now, she sat in a fog in a leatherette chair, in a row of women deep in their fogs in their chairs.  She opened her lips for my mother to spoon in strawberry ice cream.

I turned my eyes and refused to open them in that direction again.

But since my parents moved here, I am front and center in their aging. I try to surrender to the cognitive decline in one, the physical decline in the other. I try to understand who they have become, who they are becoming and yet ...I notice that none of us makes jokes about nursing homes anymore.

At the same time, this book crossed my path.


Alice is diagnosed in her late 50s with early-onset Alzheimer's and this novel, written by a Harvard neurophysiologist, takes you on the wings of the disease into her mind. I was afraid to read it but found it startling in its tenderness. Then, the incredibly moving film Still Mine mysteriously appeared in our Netflix Watch List and I saw dementia from inside of a marriage in the hands of the lovely, lovely Genevieve Bujold (remember  Anne of a Thousand Days?)

It just seemed I was being invited to jump. Right into the center.

So I called the local nursing home and, in the last days of summer, Clutch and I went for our job interview. The volunteer coordinator walked me through all three units (when you strip away their euphemistic titles, they are assisted living, skilled nursing care, and dementia care) and invited me to drop by any of them on my weekly visit. Yeah, well, I thought, we would just stick with the assisted living residents for now.

Except that when the next Monday rolled around, I remembered the quote. The thing you fear is probably the thing you need to do the most.

I pushed open those big fire doors to the dementia unit... and I haven't looked back.

I wish I could show you pictures of my friends there, and in the other two units as well.  Of course, I cannot. I can tell you stories...of women who used to sew all their childrens' clothes or work for the local IRS, who were married to men who used to train police dogs or farm the land that is now our hospital...who claw through their strokes or their confusion to let Clutch kiss them....who I think are trying to tell me they want to pet Clutch but are actually yelling at me to stop standing in front of the TV!

And yes, many of them are lined up in those rows, those nightmarish rows. But Grace (the virtue, not the blogger) has come into my life in the form of a drooling boxer, who knows how to just be...with any one in any place. And so I follow his lead and I stay with them in their rows..in who they are...however they are.

In their stories that involve a father who died in WWII one week but prevented her from getting a dog the next...in Thanksgiving dinners that "were at somebody's house but they wouldn't tell me who" or in agitated recounting of "the really large lady that came in here and scared me." In memories of scoring a dining room table with five leaves at a secondhand shop, of going on Sunday drives so Dad could see how all the other farmers' crops were doing.

This week, I visited a 90-year-old woman who splits her time between sending handwritten advice to the Democratic National Committee and working her way through all the Nancy Drew books she never had time to read in her younger years. We had a spirited discussion about Nancy's beau Ned Nickerson and why they never seem to get it on.

She gives Clutch a fortune cookie before we go. This was his fortune this week:

Of course, the ability to be with residents in who they are is easy for me, because they are strangers and I am not stuck in the memory of What Was.  But it is damn good practice for me, so that perhaps I can stay there...in that place...when it comes time to be with those that I have loved my whole life.

Epilogue: I googled the "thing you fear most quote" and found out that it got pretty mangled on its way to me from Virginia. It actually comes from Mark Twain, who said it better: Do the thing you fear most and death of fear is certain.