The mosaic table that had been floating around my mind as a summer project for the past 4 summers is finally done...just as the summer calendar zips itself up and disappears. 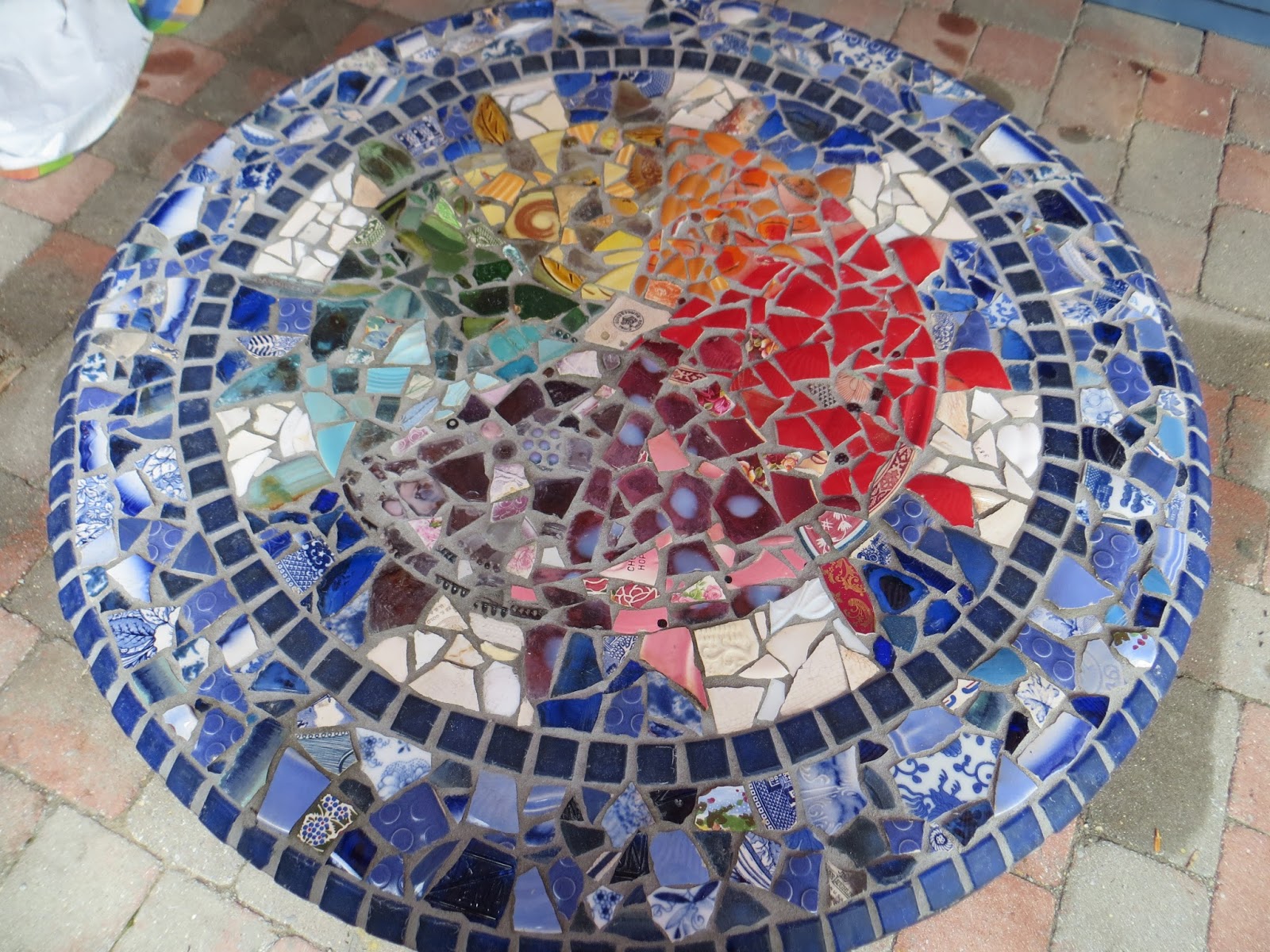 Grouting turned out to be like making mudpies and hunting for treasure all at once. Imagine smearing grey oatmeal on a favorite picture and then just clearing it away over and over again to reveal the images below!

The story of this table is about sitting atop mounds in the desert, digging with a stick. One eye looking for color, the other eye guarding against snakes. It is also about all the crashes and "oops" in my kitchen. What a way to transform the feeling of loss into a surprise gift of tesserae (look it up).  And while I wanted this to be made entirely of my own finds, I have some full disclosure. I was at work last week, coveting a blue and white plate of Liza's as I bemoaned the fact that I was about 4 inches short of goods in the final cobalt blue ring. Lucky for me, she had another one just like, chipped and exiled to the back of the cupboard!

Like my quilts, I love some of the supporting characters almost as much as the story itself: 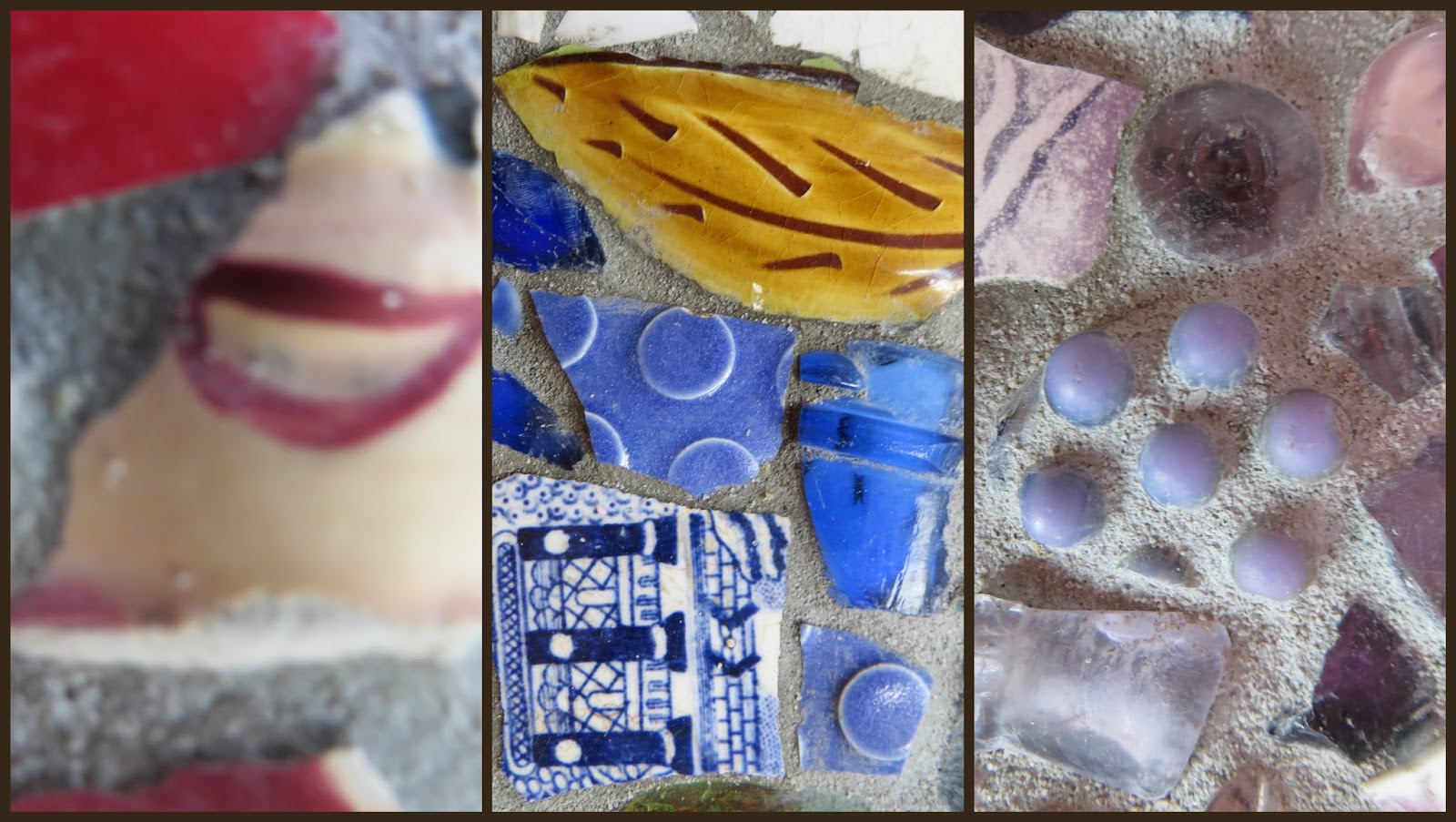 So what have I learned?

This was a lesson about alacrity, which the dictionary defines as "cheerful willingness or speed." In other words, the opposite of inertia. I can remember clearly the moment I actually got started on this, the very first snap of the very first shard. For weeks, I kept thinking, "Guess it is going to be another summer without making a table." As if it were a random event. Then, "I probably should start on that table..." to finally making the connection between a wish and my own hands. It took some real cerebral effort to ignite my energy. Not sure why, but at least I understand that every wish has a fuse that needs to be lit with something more flammable than dreams.