Mother of the Bride


My daughter married her sweetheart this past June. As you can see, we felt full of joy (that's as joyful as Himself ever looks when someone makes him wear a suit and tie)... 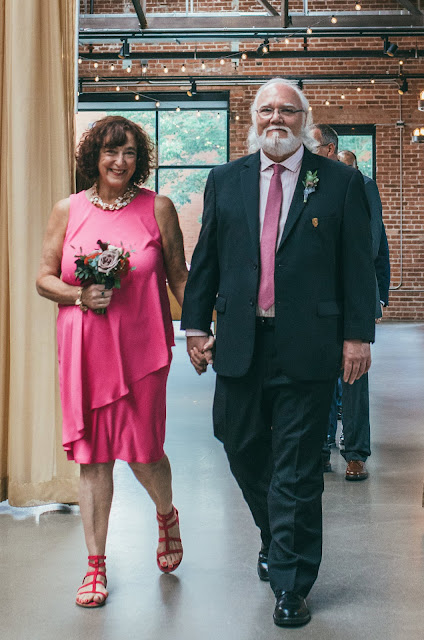 I was overwhelmed by the majesty of this bride, my deep love for our new son-in-law, and their willingness to stand beneath the chuppah with my own beloved Rabbi Diana. 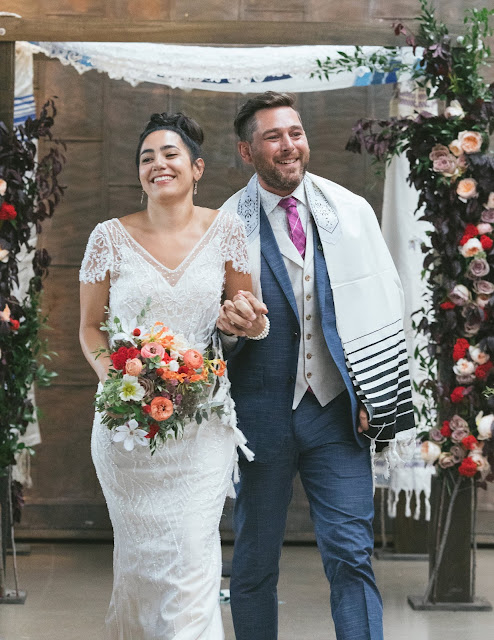 My return trip back up the aisle ended with my head buried against  my own beloved's mighty chest, sobbing for reasons I still can not explain.

While I enjoyed my fleeting status as Mother of the Bride, I admit that I mostly felt confused about what I was supposed to do. After all, this bride is 31 and runs one of Chicago's premier restaurant corporations. Her name opens slots in reservation books, triggers an onslaught of unordered appetizers and desserts "from the Chef," and results in a check that is two decimal places to the left of what it should be.

Me, I still don't know for sure which side the forks go on.

This bride is surrounded by girlfriends her own age who love her fiercely AND who know their way around stuff like karaoke bashes, nail artists,and after parties. 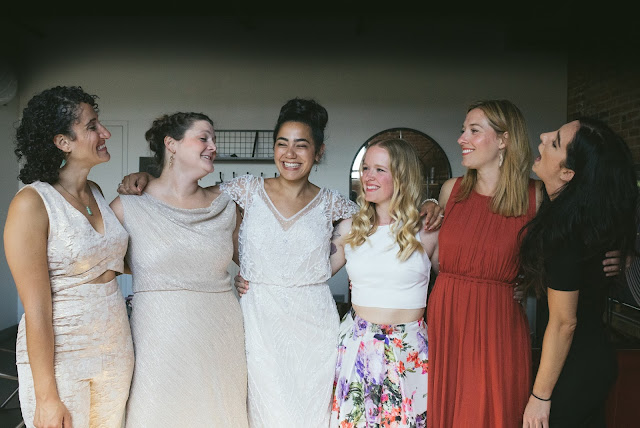 My version of an after-party is unhooking my bra and climbing into bed at 9 pm with two dogs and a British mystery.

Most of these women entered my life as preteens in Joe Boxer pajamas glued to scary movies rented by the dozen from Blockbuster. We cherish one another and while they lovingly included me wherever appropriate, it felt strange that on this most momentous occasion of my daughter's life, it was clear that I was not of Them. Yeah, I could be disqualified from their company just on the basis of their fresh skin and lovely bodies. But there's more: they know my daughter in ways that I never will.  That is as it should be. After all, she doesn't know what my own dear friends know about me.

I just never saw it so clearly before.

Being able to say goodbye to my delusion of primacy in her life has opened me to a new world.  A world where It turns out my little Thing One is her own woman. Beautiful and poised,  compassionate and deeply committed to everyone she loves.

And now, I would like you to meet her: Elana Stefanie Green Kopp. 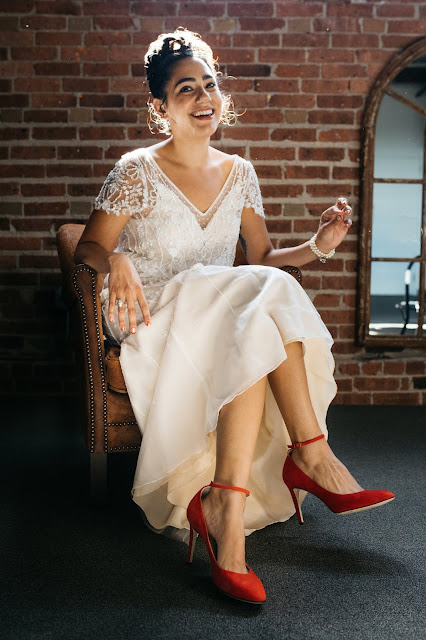