A Weekend of Wonder: Part 2

Even as I mercilessly edited the Collection, it became apparent that not everything would fit into the box. Not even everything from this trip, let alone from the 20 or so years since we first began the Project.  I put some of the Collection on loan throughout the house: 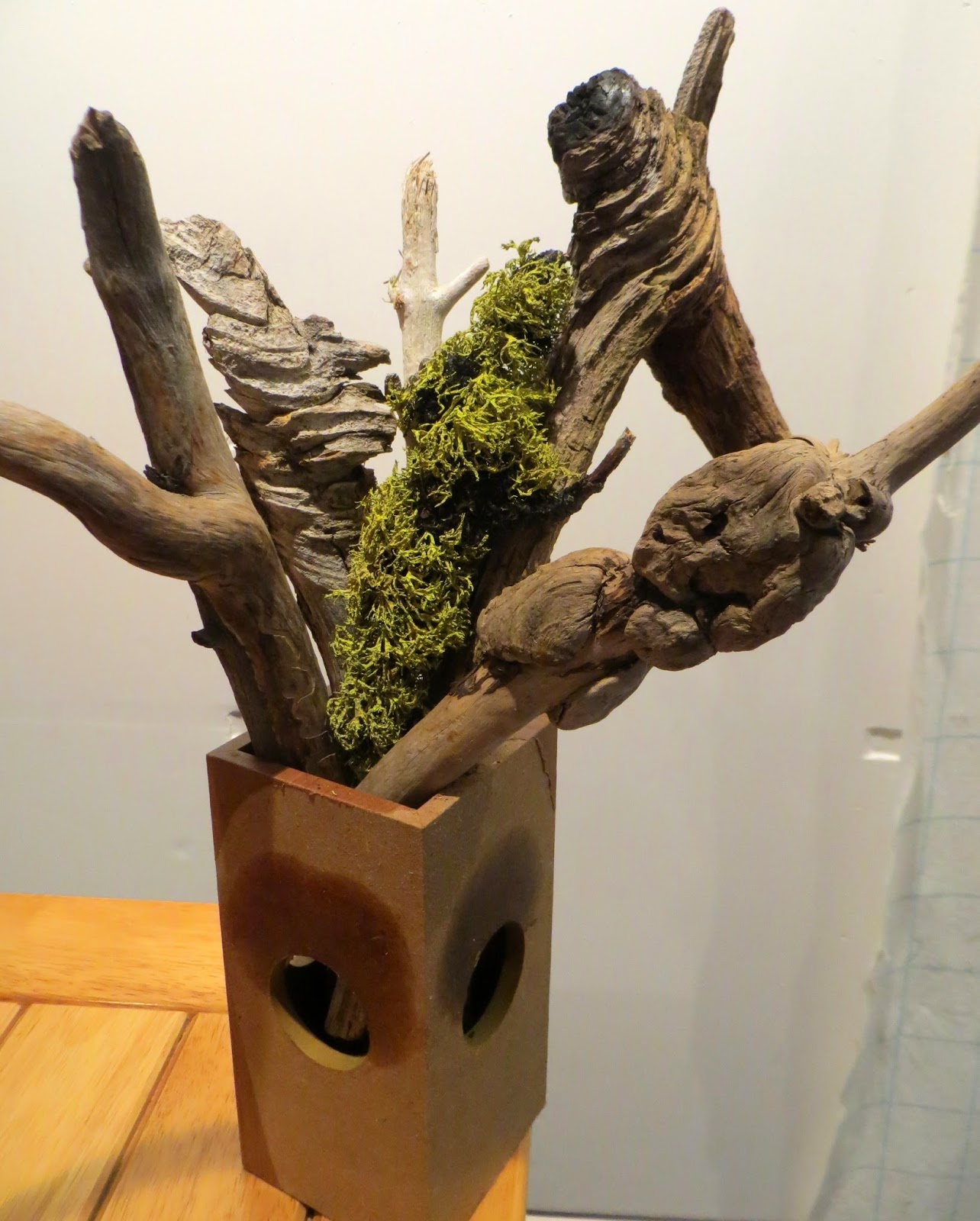 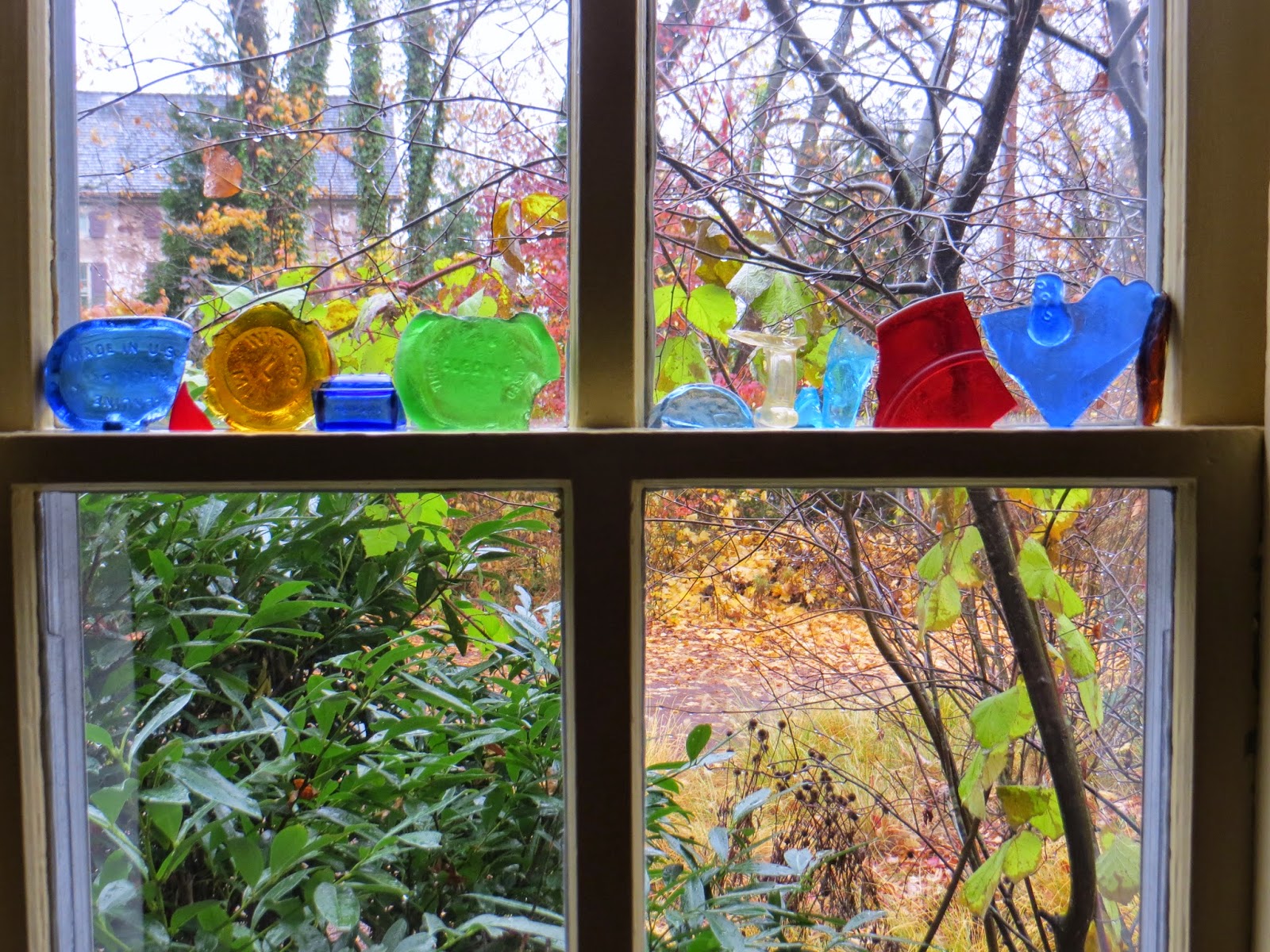 I washed and labelled all the bits and pieces of fabric scraps that I've found out west and on my hikes everywhere else... 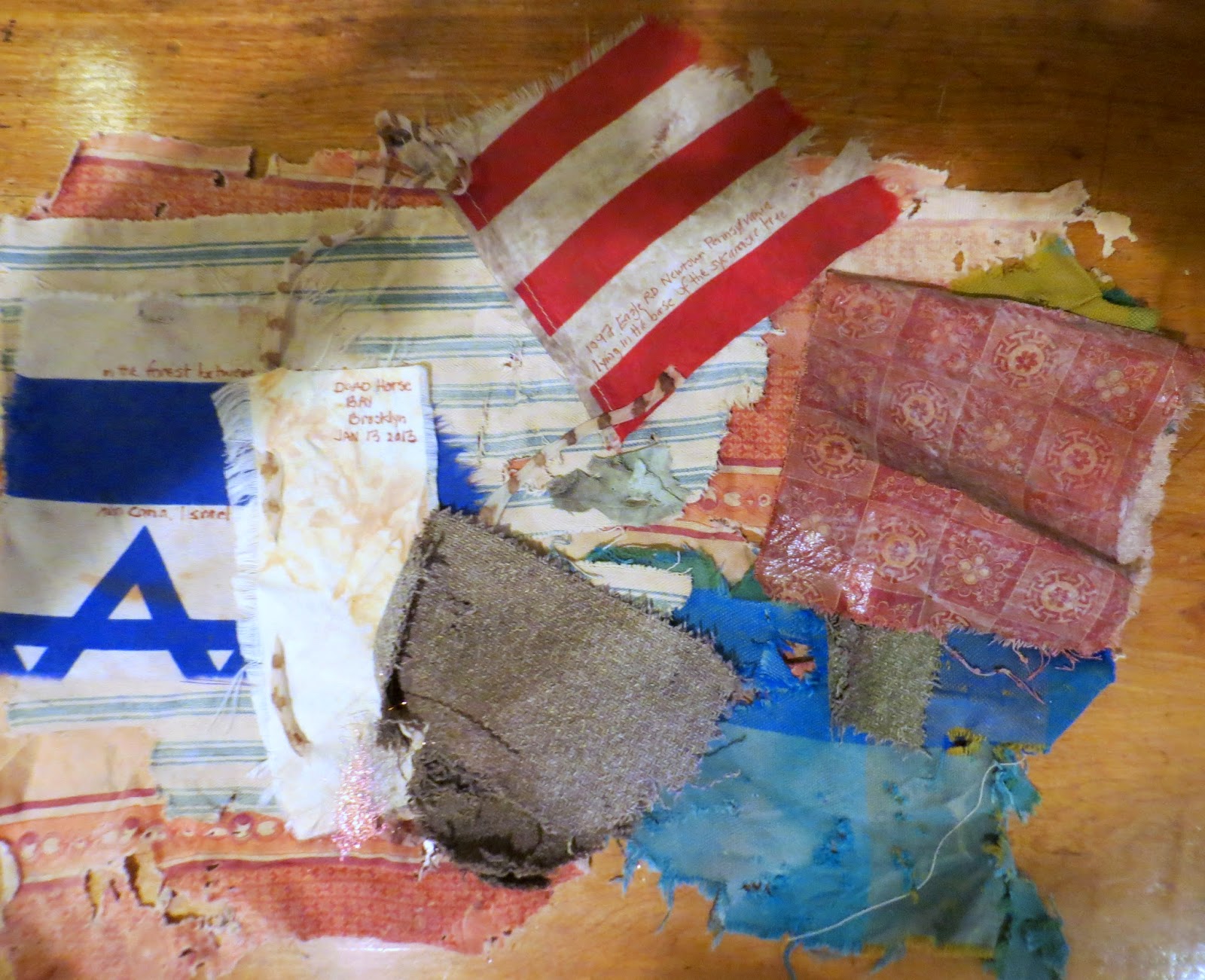 ...and decided they will go in a handmade book. I sought the wise counsel of bookmaker extraordinaire Mo Crow and she's just waiting in the wings (hee hee) as I get this project I mean Project underway.

But the big news is what I found in the corner of my studio. Its kind of hard to miss, and it had been there for years, getting full of stuff. 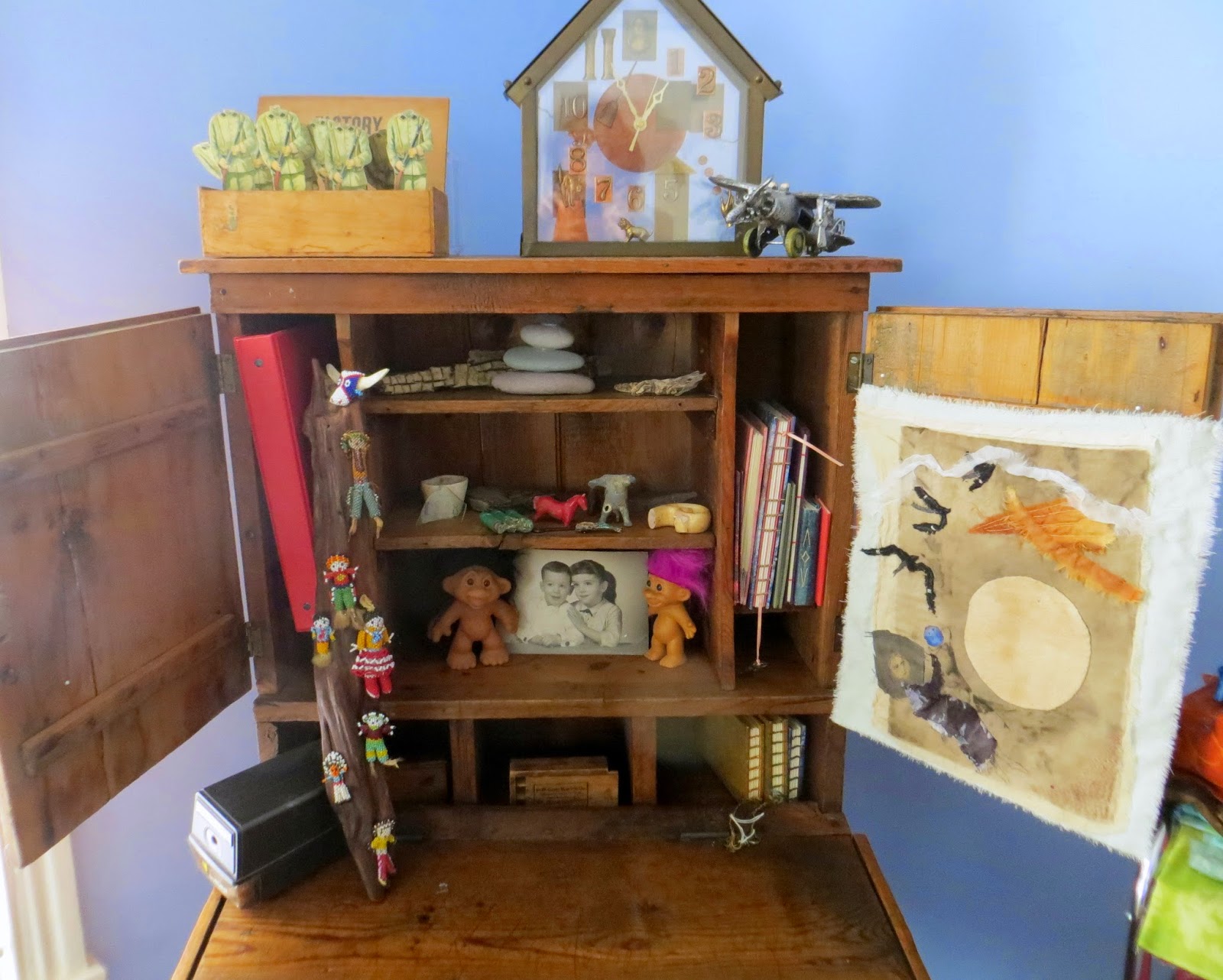 But this time I saw it for what it really is: a real, live Cabinet of Wonder. Hot Damn! I moved my much beloved Indigo Girl Cloth from Grace to its rightful place next to Saskia's Little Bird... 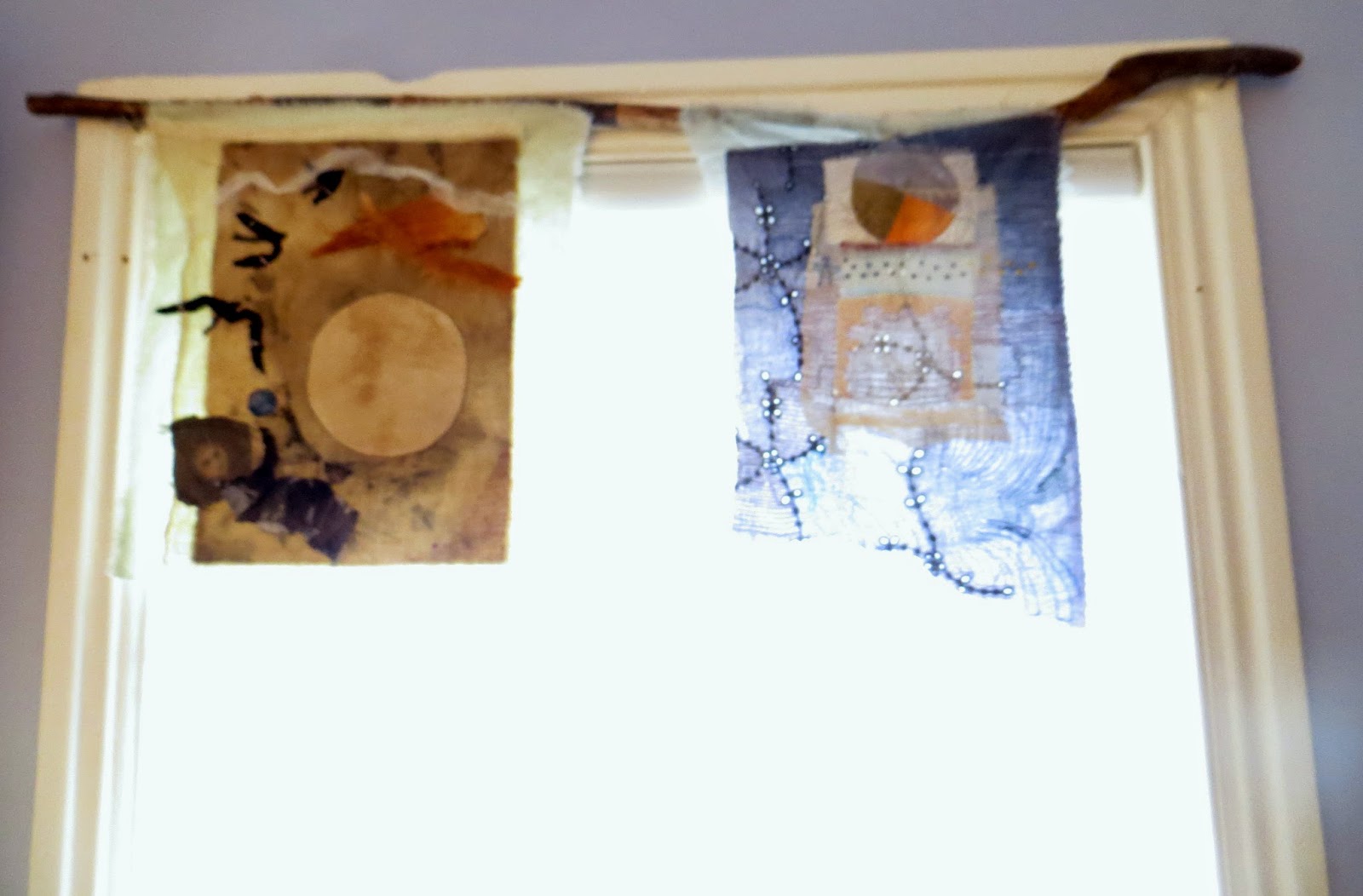 And I set to work. My successes with the box freed me somehow and I hit another book, this time about my absolute favorite artist: 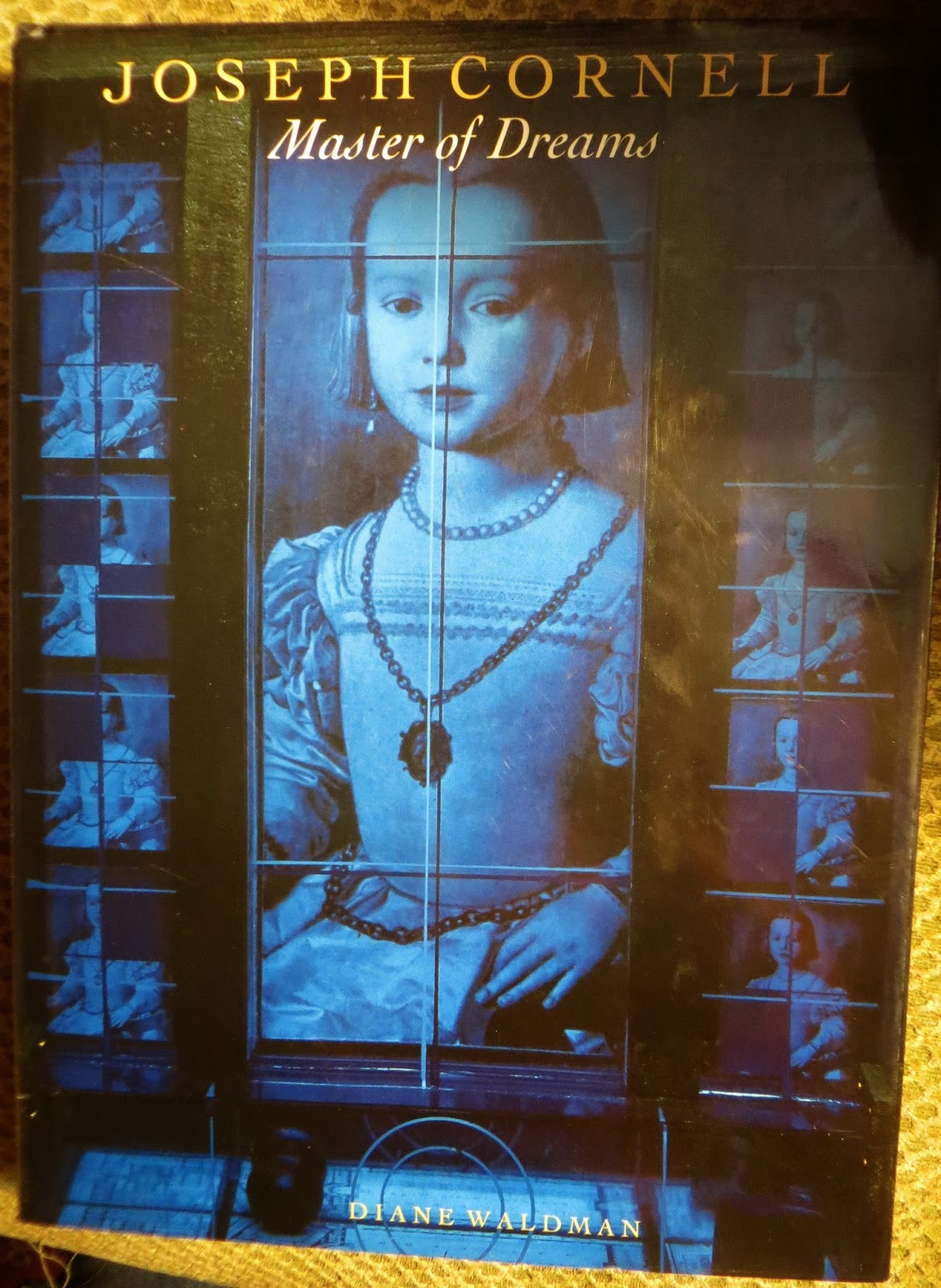 I love assemblage and have felt the urge to do it bubbling away for years. Why else would I pick up used bingo numbers at the flea market? But, once again, Assemblage intimidated me. (You getting the theme here?) But Cabinet of Wonders? Hah! I am Mighty Curator of my Collection. And so here it goes: 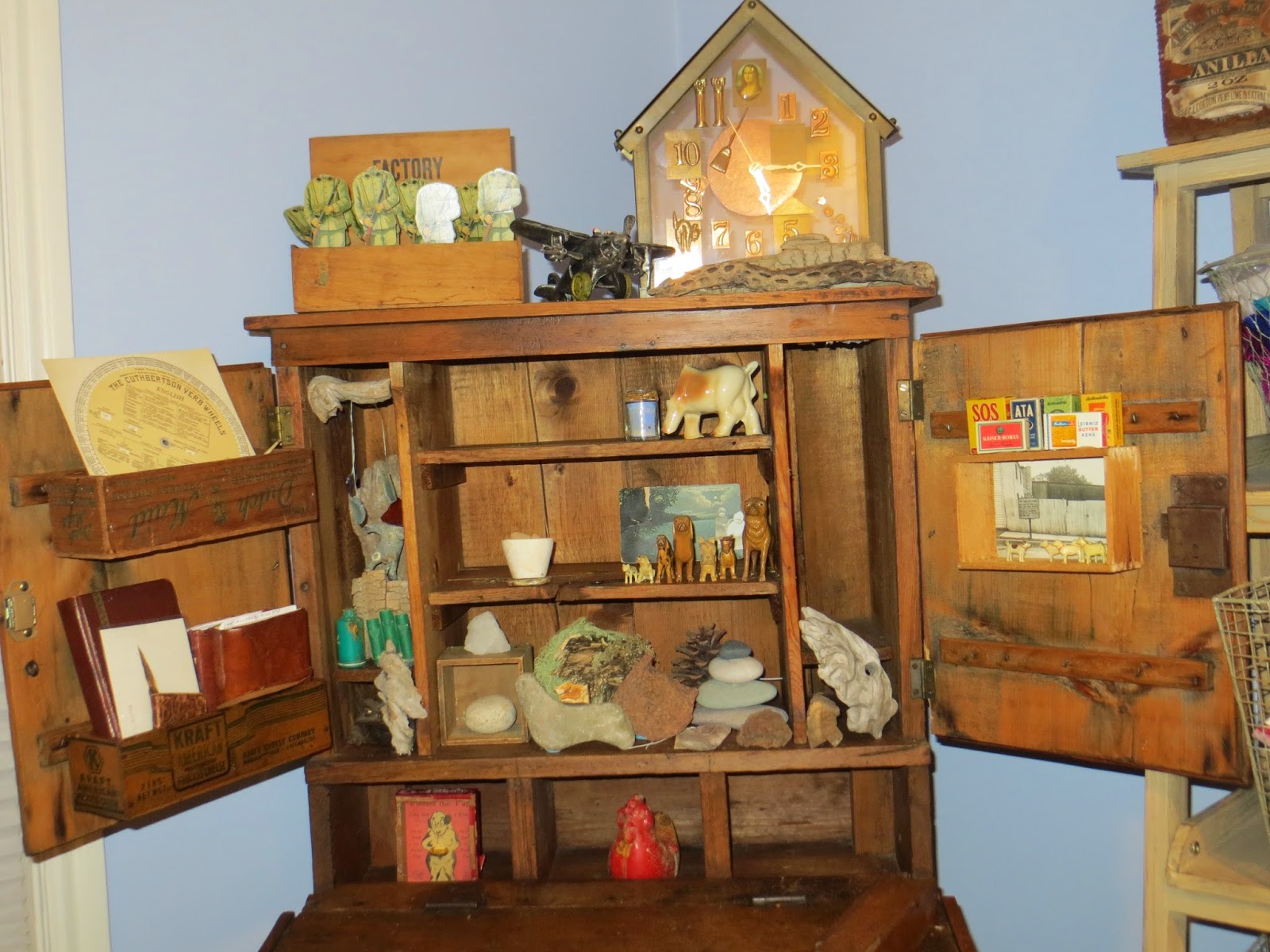 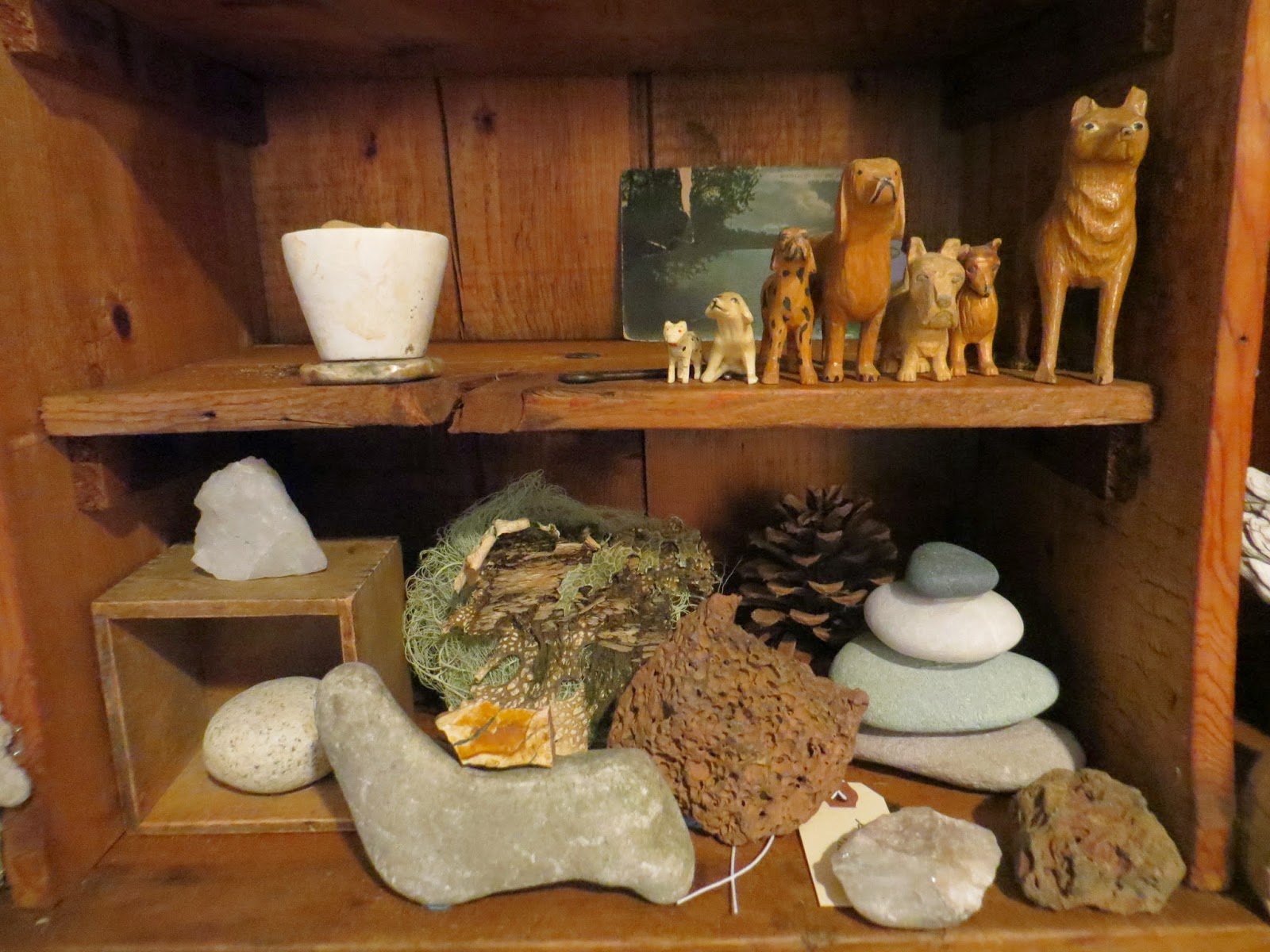 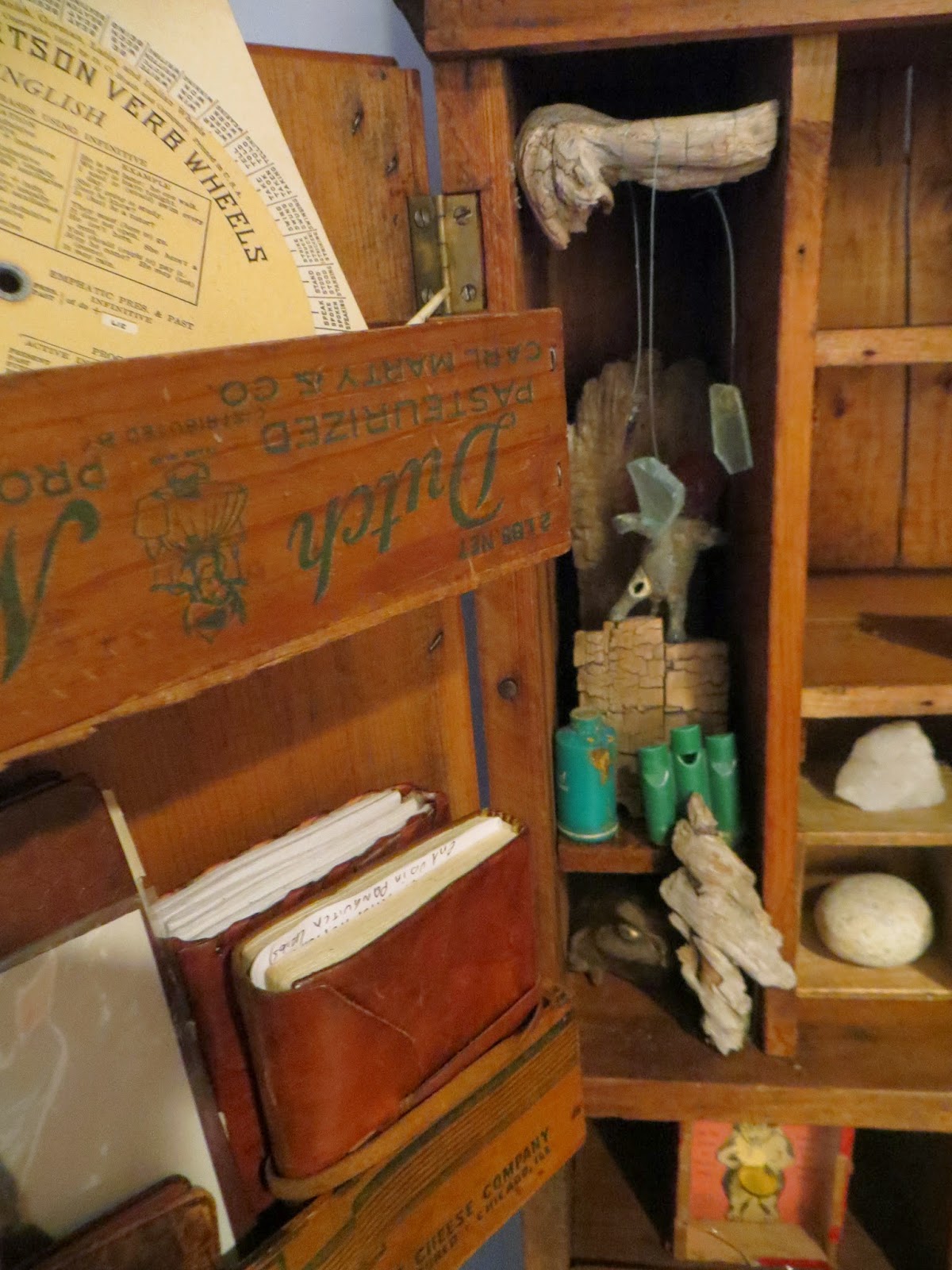 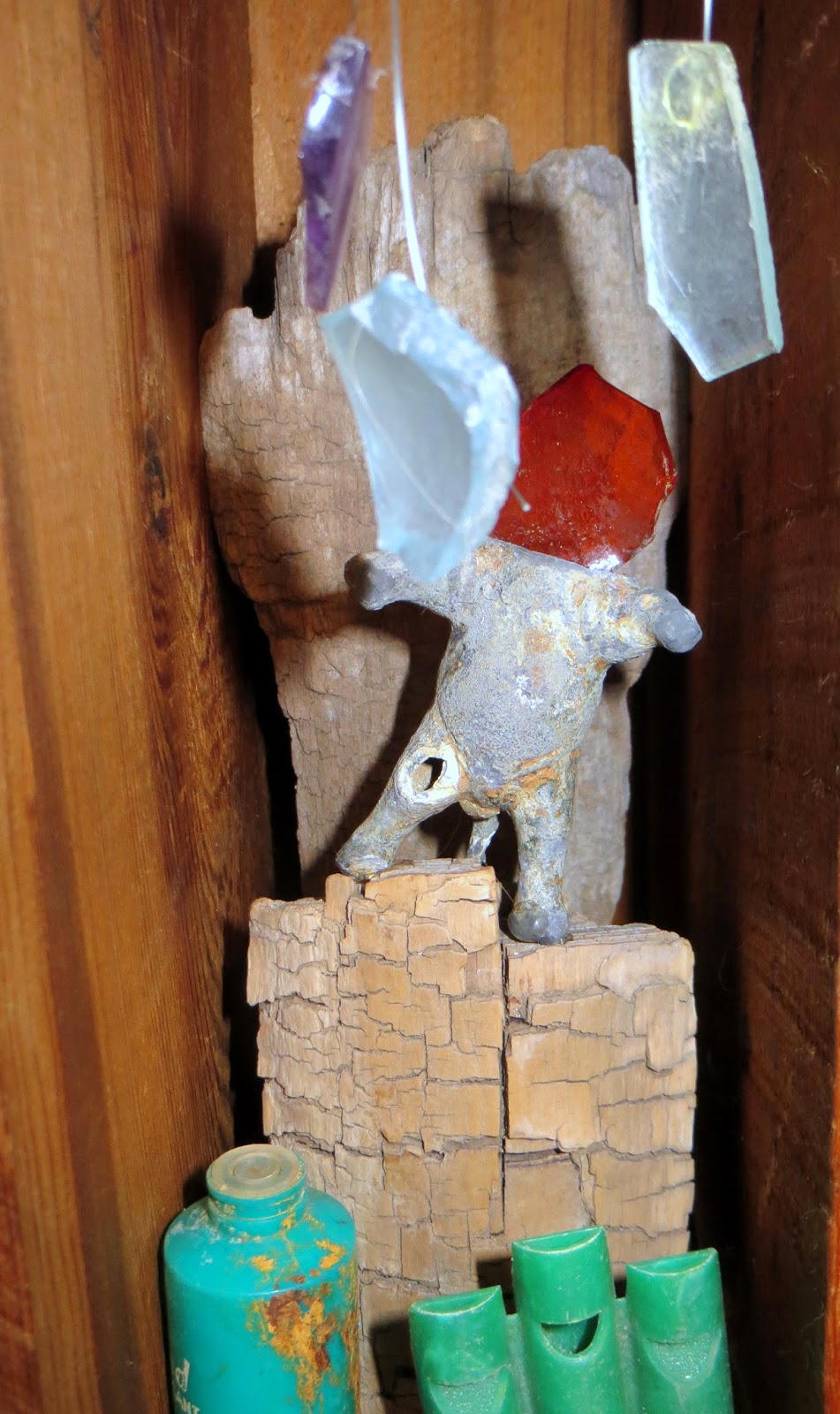 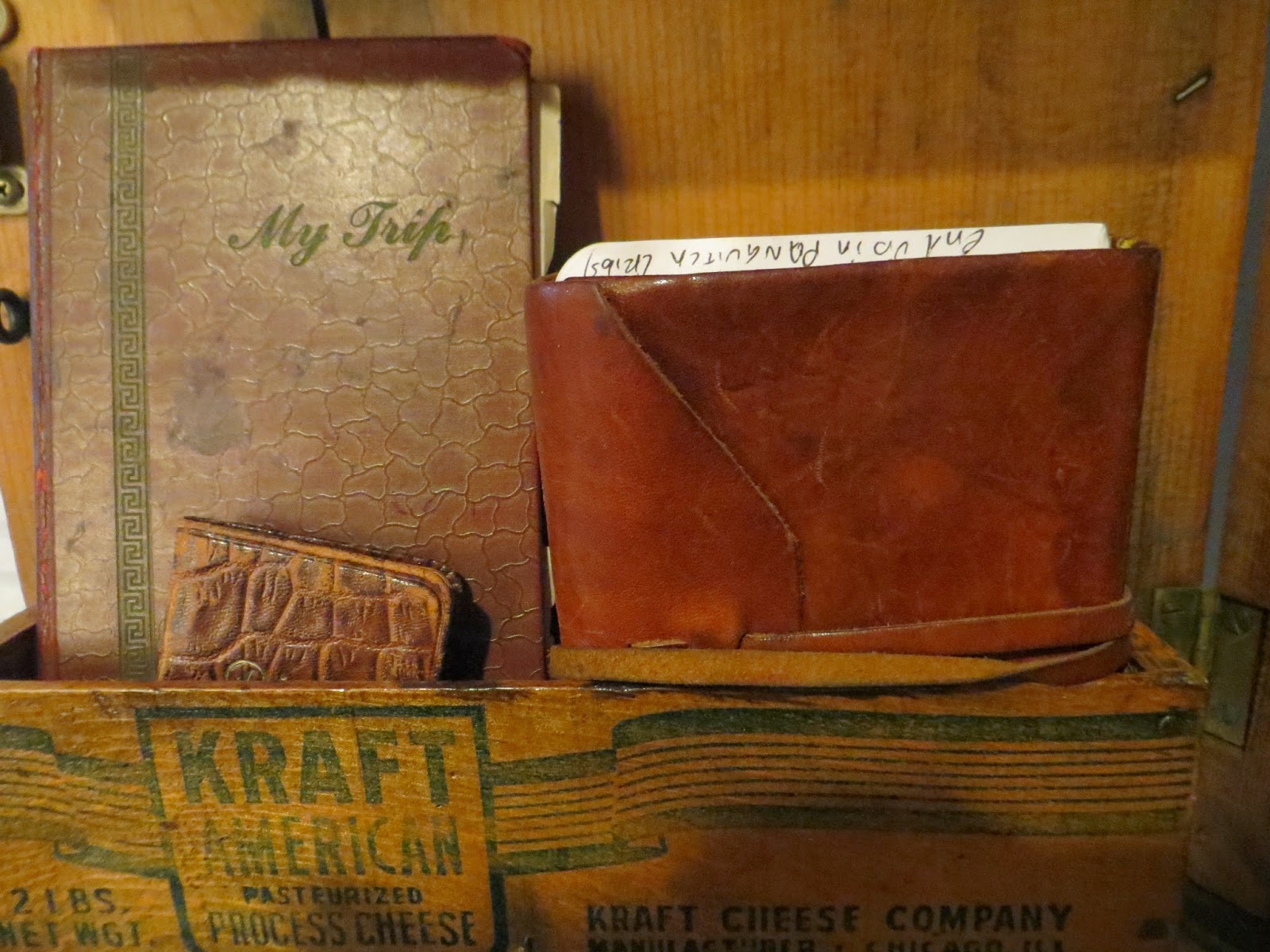 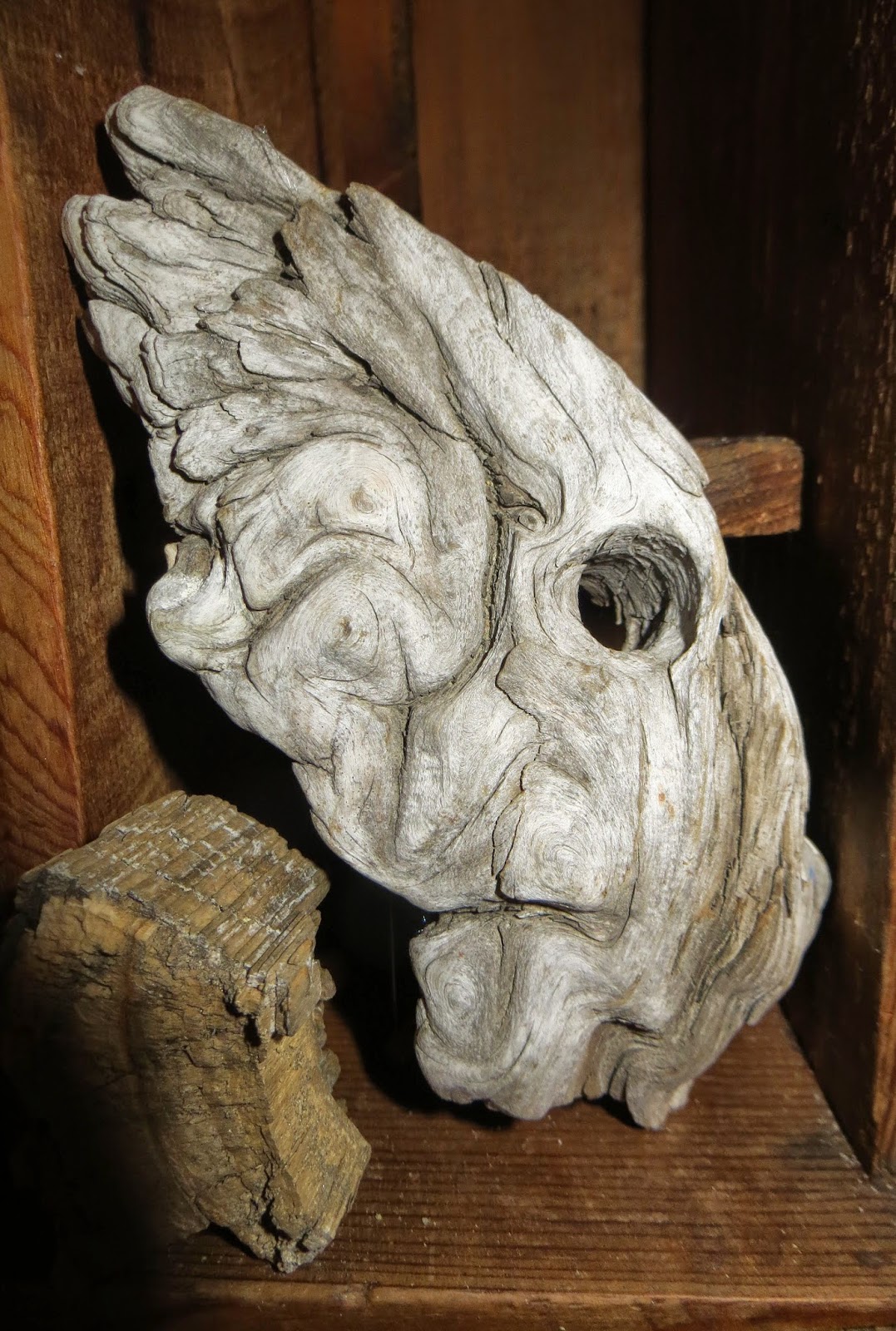 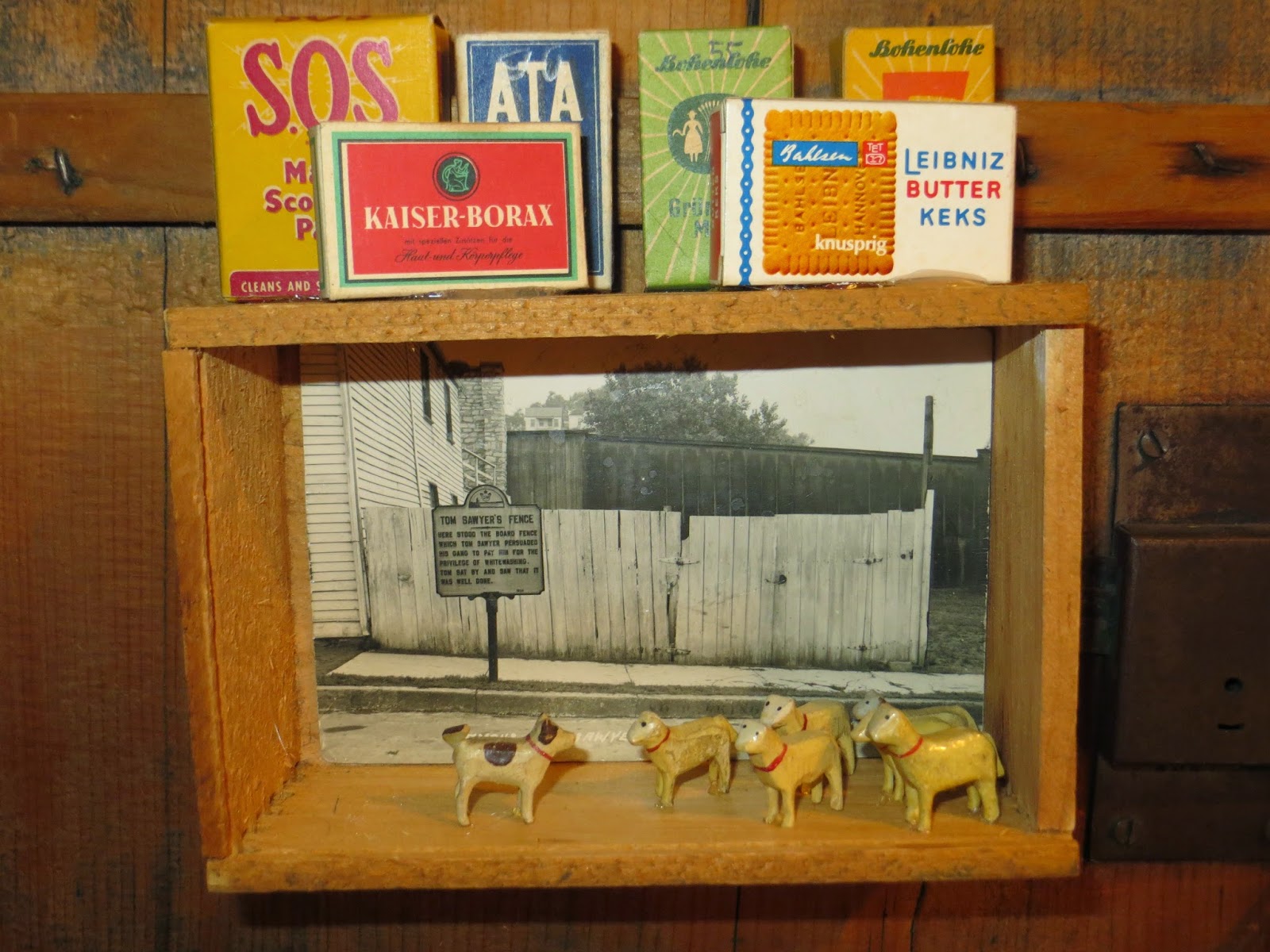 These guys from Deadhorse Bay really want to play, as soon as they are dry. 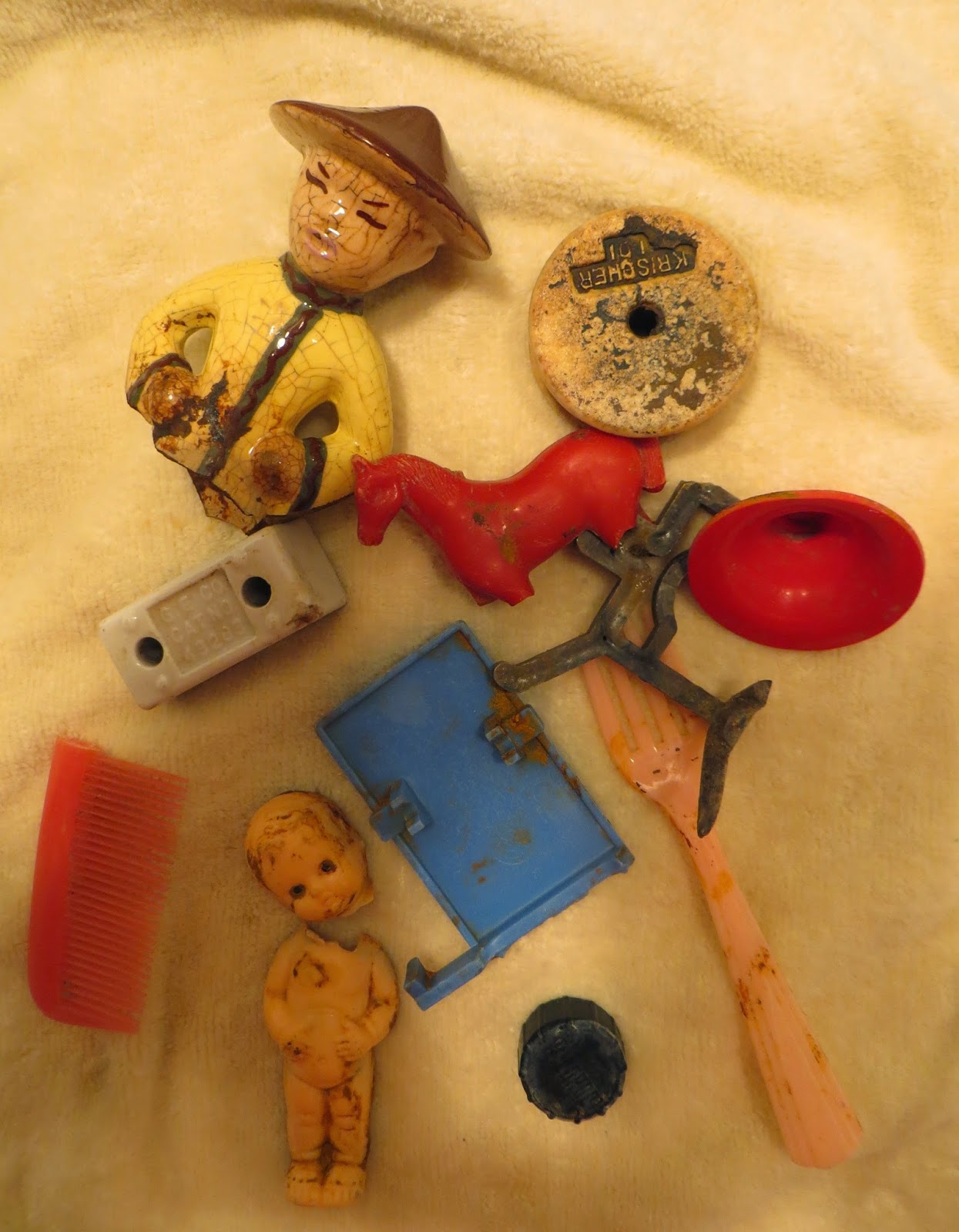 This weekend, I learned the etymology of two words:
I really learned them.
Posted by Julie S at Monday, November 17, 2014 18 comments:

A Weekend of Wonder: Part 1

Cabinets of wonder, that is.

It started with this act of wonder that Himself made for me on our return from Idaho this summer. 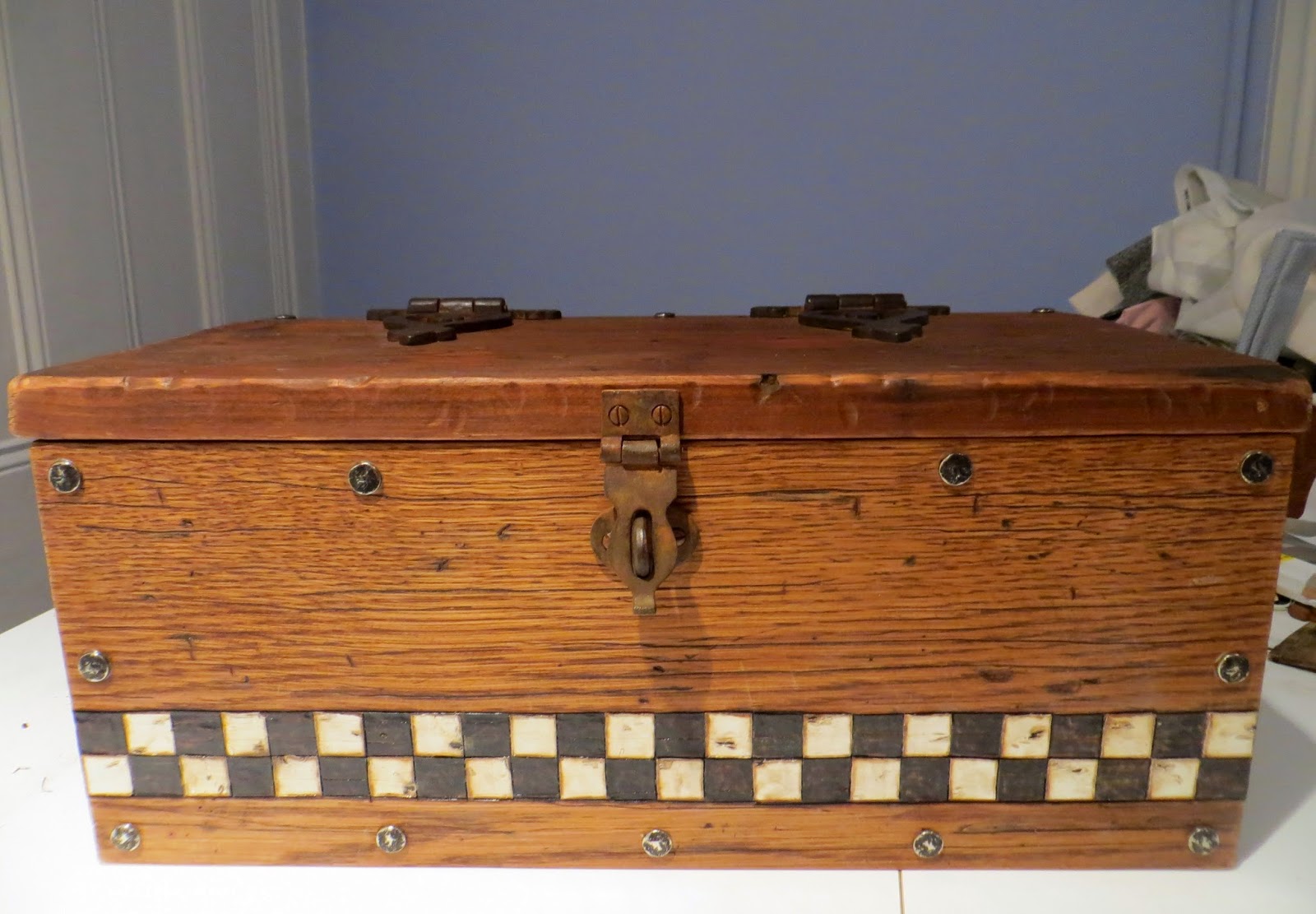 He based it on a chest we saw in a small rural museum in Idaho, one that I thought would be perfect to store the artifacts that seem to follow us home on our Vandalization of the American West Project. (Its a Project. That means its not petty larceny.)

I figured filling the box would be a good Snow Day project and so I just left it alone. But, in truth, it intimidated me. That's because I wanted it to be more than just a shoebox where memories are stored...or a scrapbook where they are arranged creatively.  I wanted the experience of opening this box to transmit the spirit of adventure, the urge to discover, that pushes the two of us to see and touch What Was.

I had no idea of how to do that. I had no idea of how to even think about how to do that. My usual approach to creating pretty much mirrors Clutch's approach to eating food morsels on the floor:  go to it with gusto and decide afterwards whether it was the right strategy. But the difference between the dog and me is that when it doesn't work, he just throws up. Me? I suffer knots of frustration in my gut and usually just abandon ship in defeat. And THEN I throw up.

This time, Himself stepped in and suggested I prepare...prepare myself. He pointed me to a book: 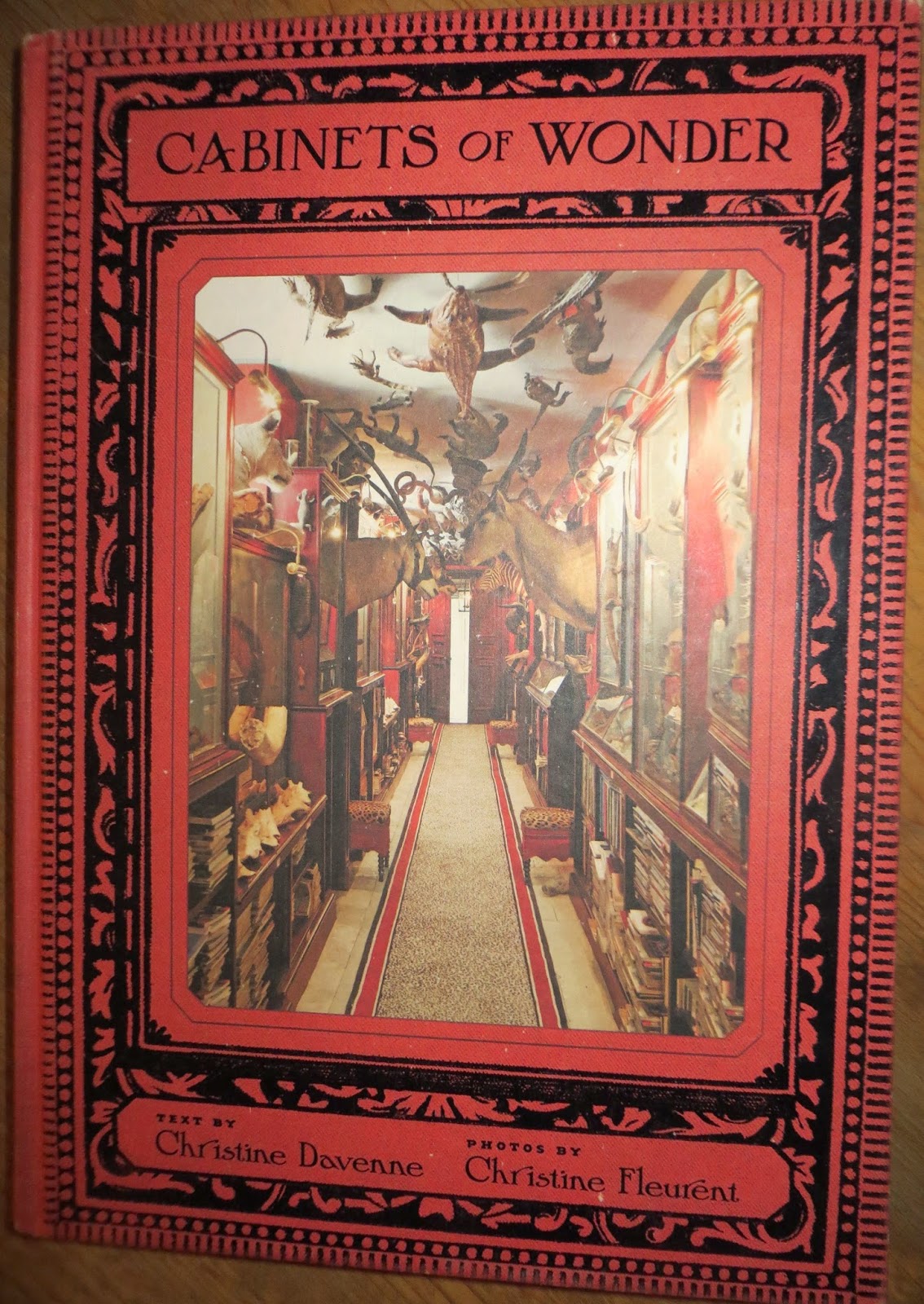 Its an incredibly photographed look at curio collecting from all possible facets. It even had photographs of a thespian ancestor of Saskia's Old Bird King, dressed for his role as Tinkerbell in a Viking production of Peter Pan: 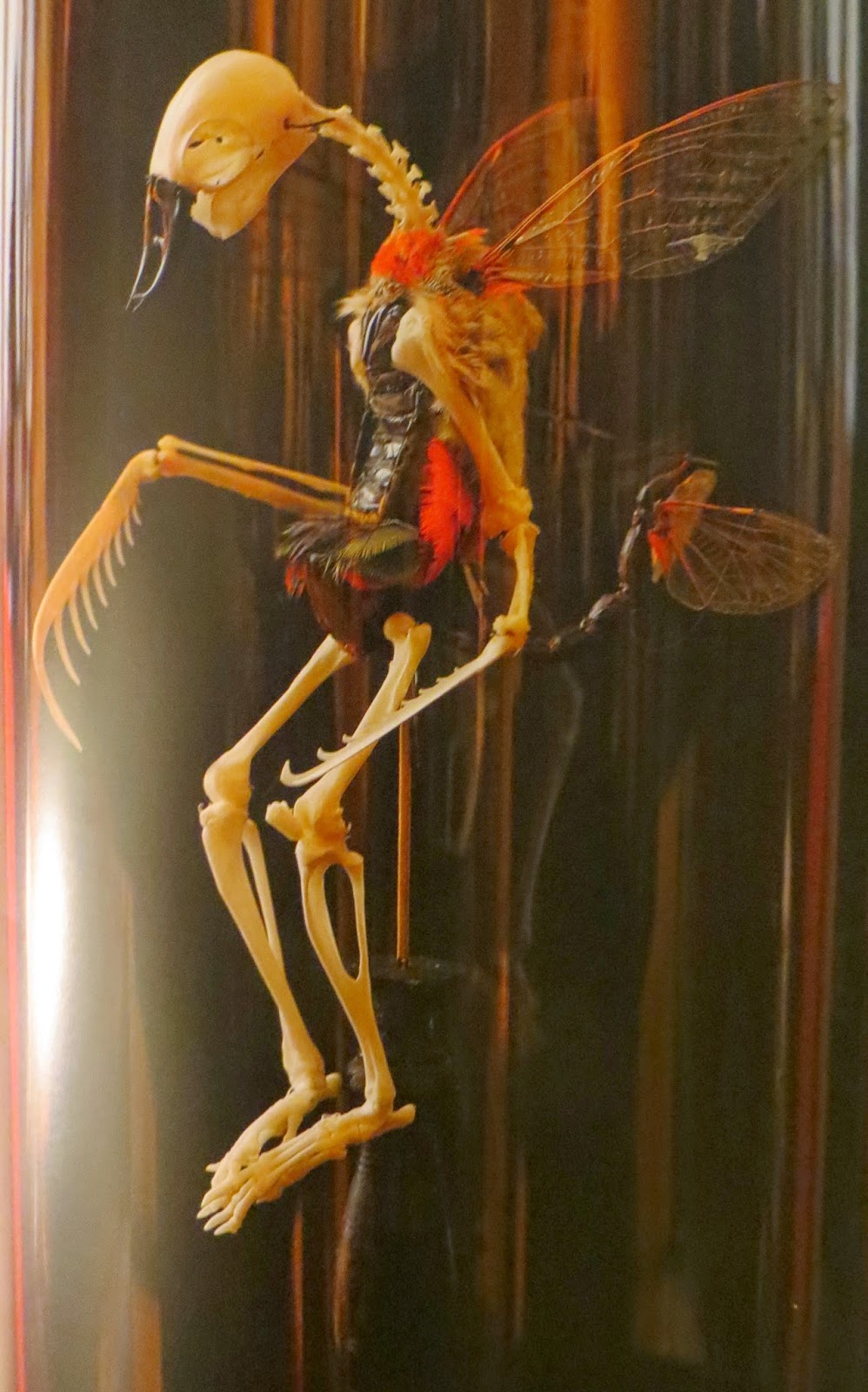 Somewhere in the paragraphs of fancy art theory I picked up exactly what I needed: the act of experiencing means more than just seeing or touching. First, I needed to call it a collection, I mean Collection. That means I became the curator...and my museum of adventure would be a Cabinet of Wonder.

Second, I needed to imbue the Collection itself with a sense of discovery in how you get to see or touch it.  I still wasn't sure how this would happen but somehow, I just believed that it would. From Saturday afternoon through Saturday evening, I sorted every object...touching, grouping, getting to know.

And then I reached for all the old boxes,the cloth scraps, the handmade paper, the strings--everything I could get my hands on that I had collected for years and years without ever knowing why.
Sunday began in the early morning and ended when the Hungry Woodburner showed up for dinner. I don't have words to explain what happened but I hope the pictures of my work in its  very early stages do it for me.

First, you open the lid and slide the tray... 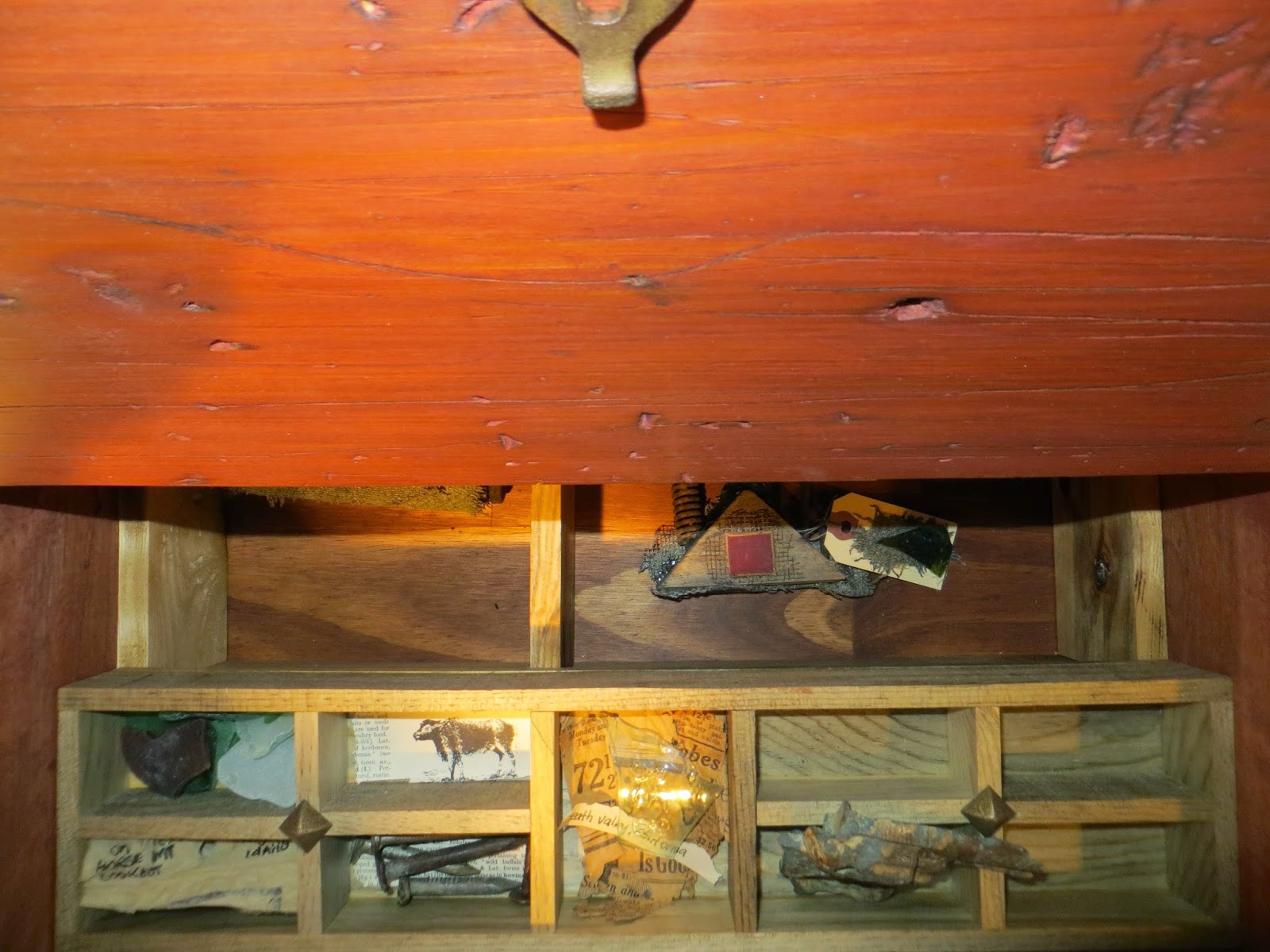 And here's what you will find. 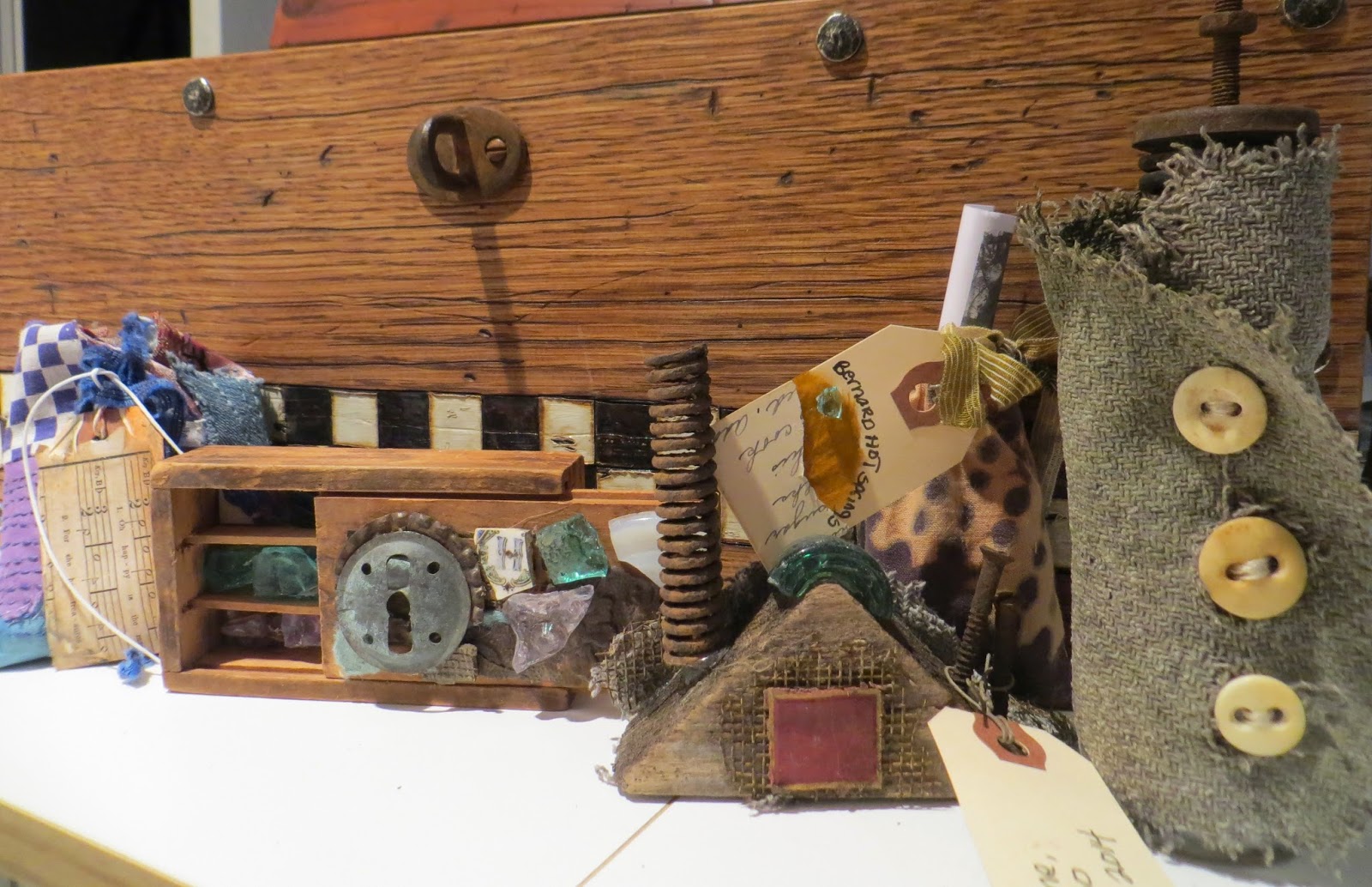 Each bears a decorated label, archiving its former home. And,for the most part, you need to do something to access what lies within. 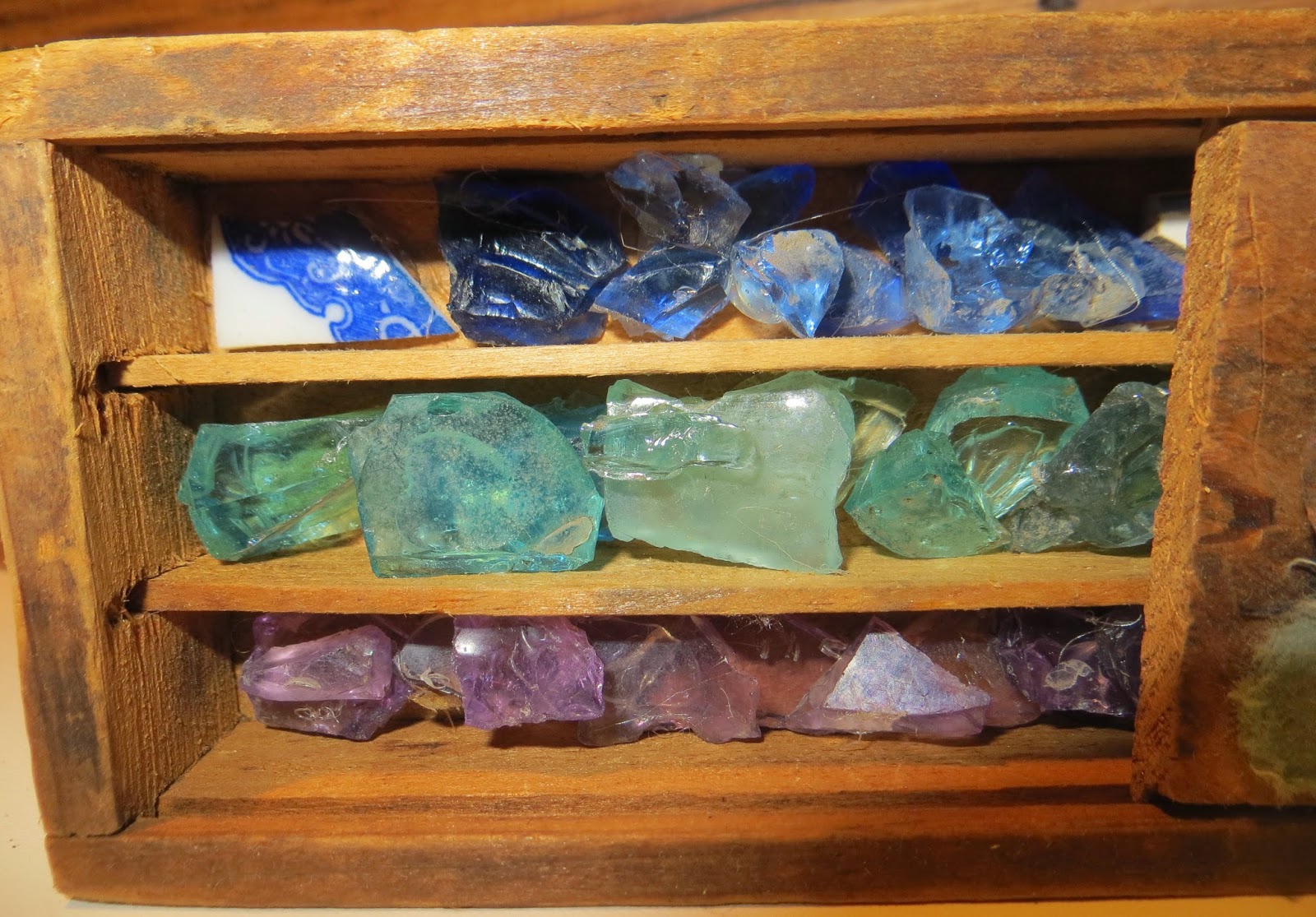