I grew up in Michigan, so I thought I knew something about ice. But nothing prepared me for turning the corner and seeing a glacier. 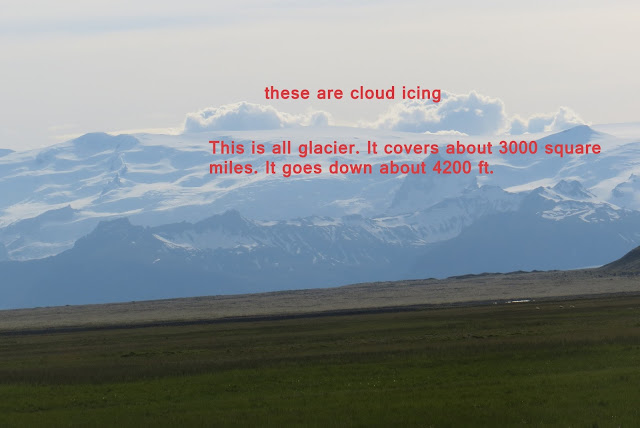 The glaciers are the Rocky Mountains of Ice. But unlike the Rockies, they are on the move. 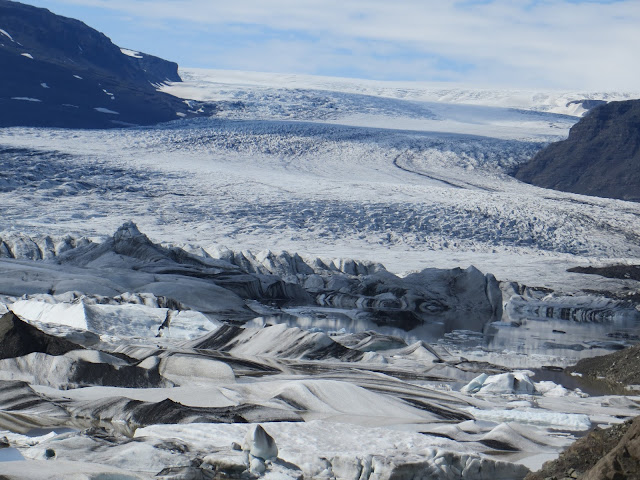 As they melt, the ice pushes up against the earth,creating astounding formations. 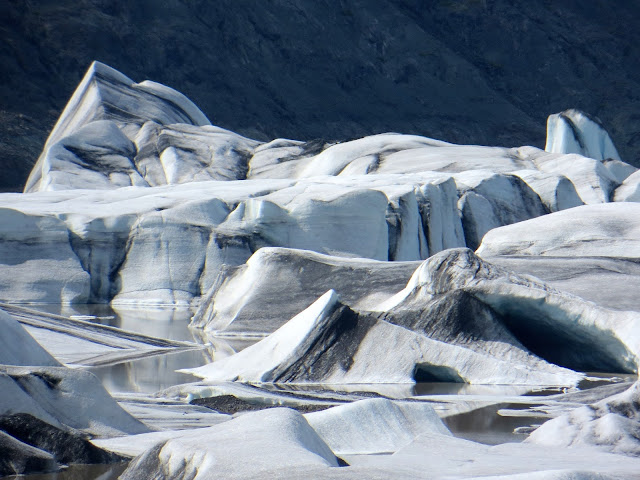 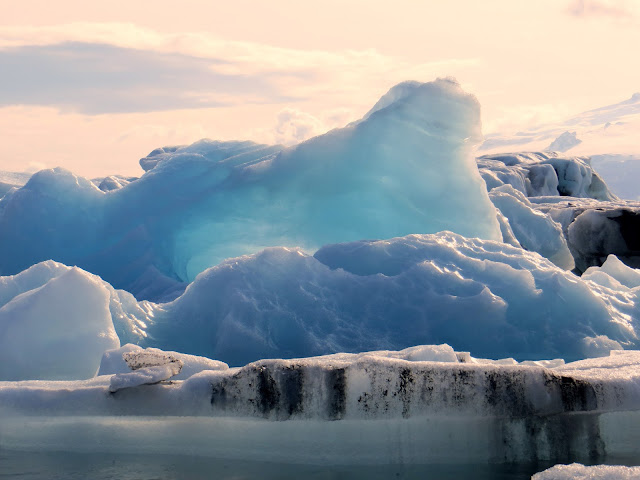 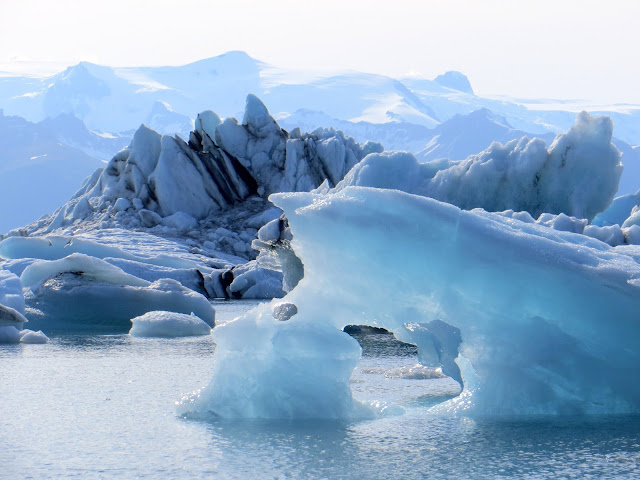 The ice melt forms rivers, which carry the floes out to the sea. 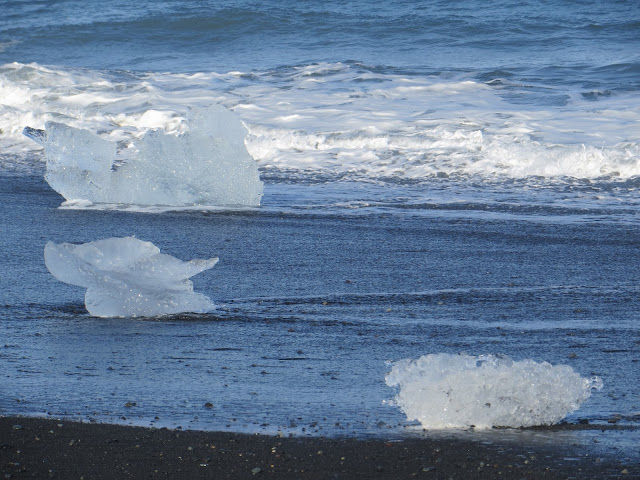 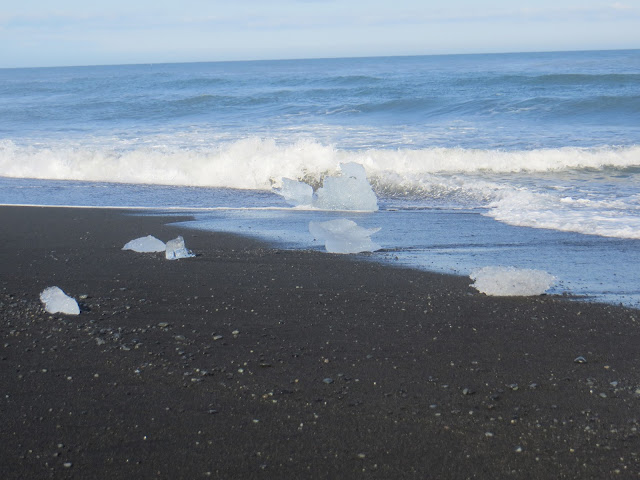 The enormity of seeing ice formed 2500 hundred years ago (Iceland's biggest Ice Age was 500 BC) end a journey...end an existence...before my eyes was strangely poignant. 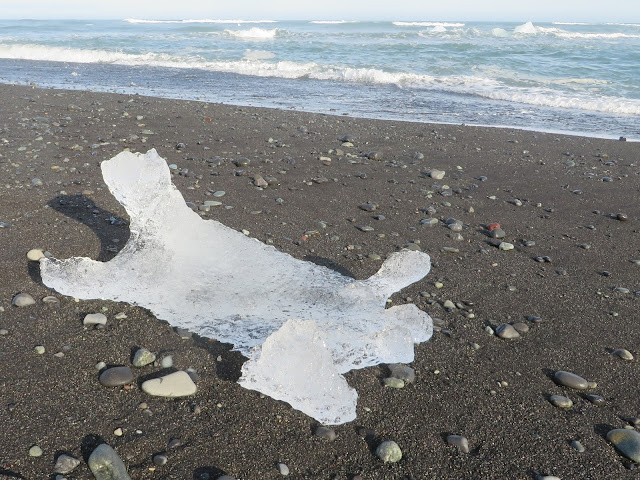 As was cradling a piece in my hands. Look what water looks like without pollution. 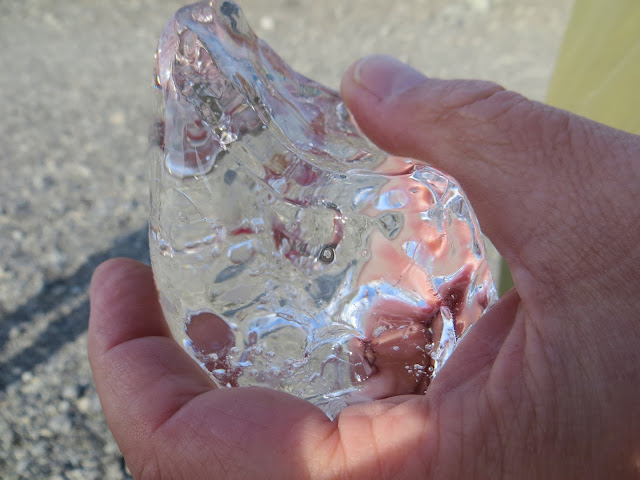 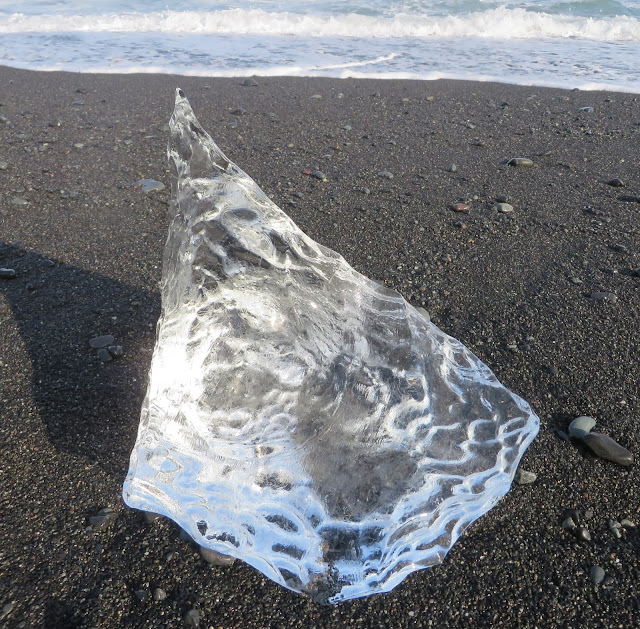 The ice melt does more than create water (and massive floods, if it happens too fast). It creates the essence of the land and in largely untouched Iceland, you can see the story unfolding right beneath your feet. 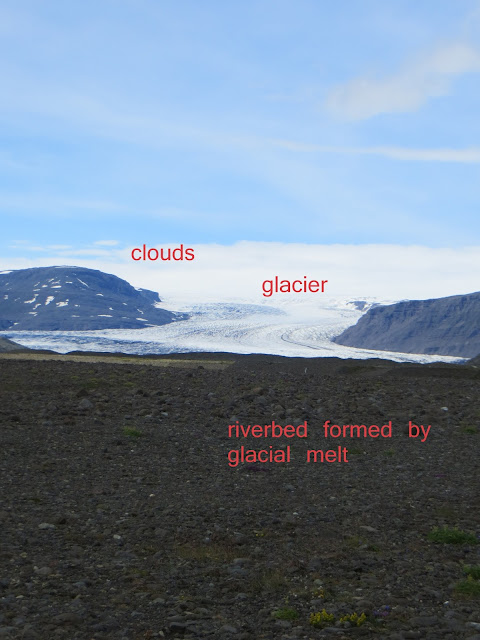 Take a walk through an old riverbed and look closely at the rocks. They start like this. 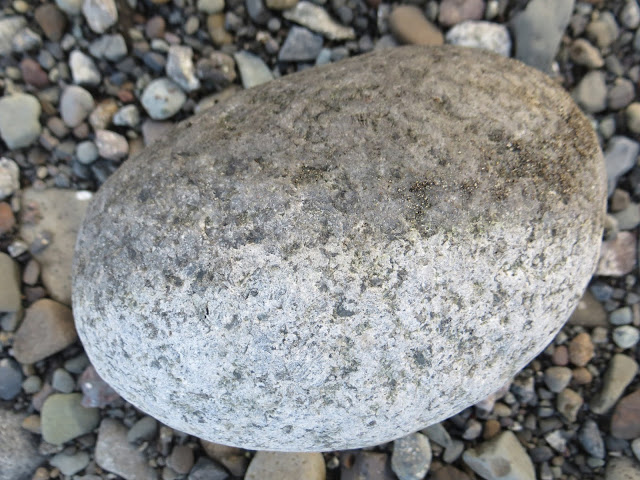 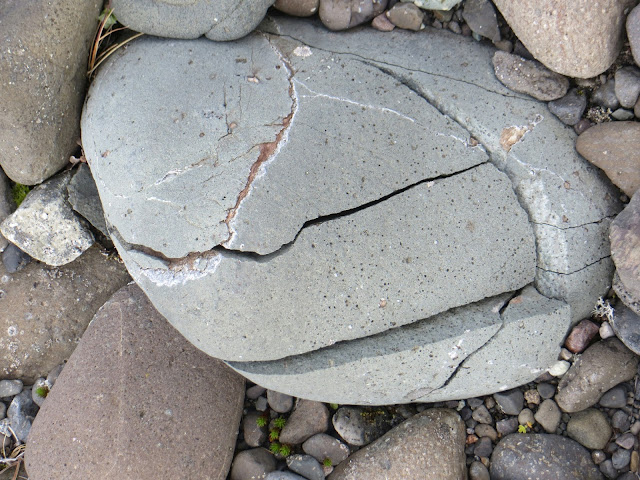 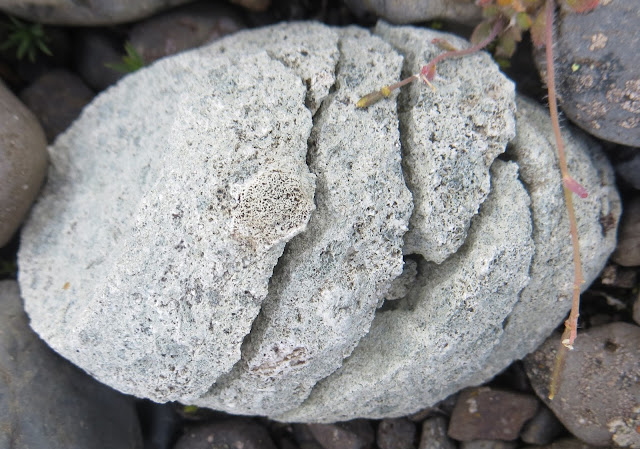 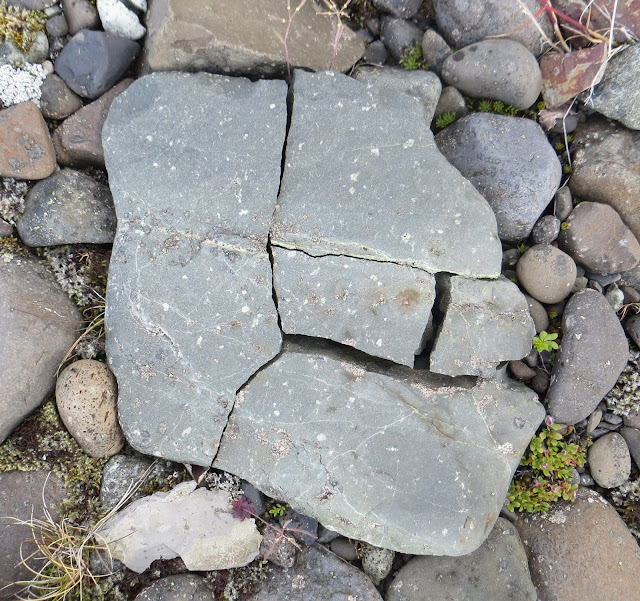 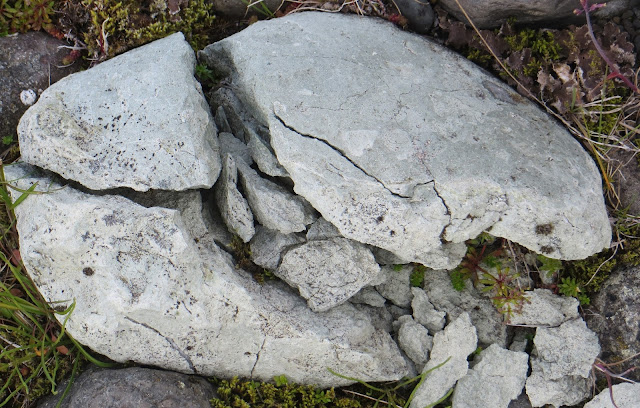 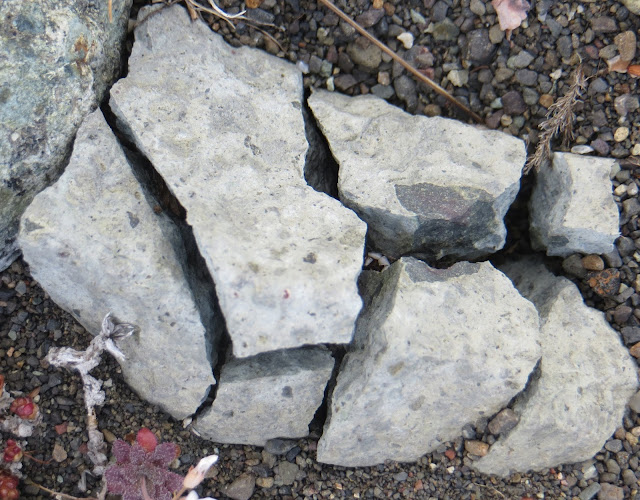 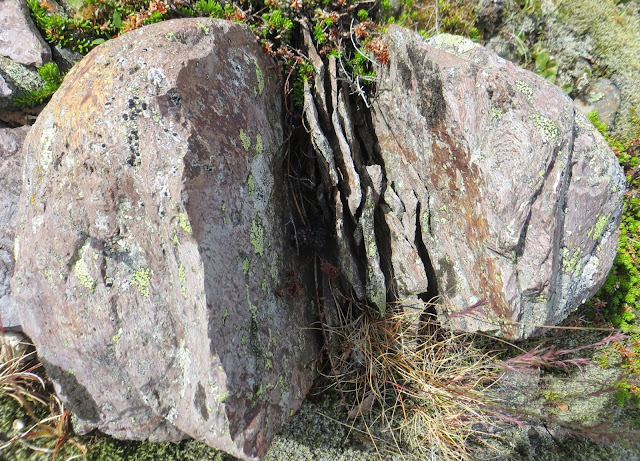 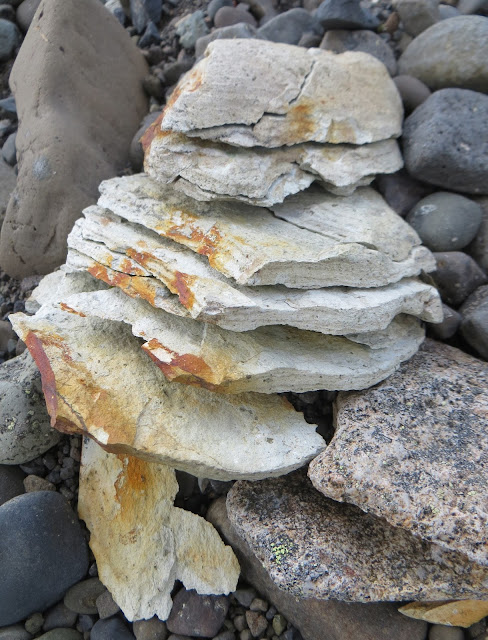 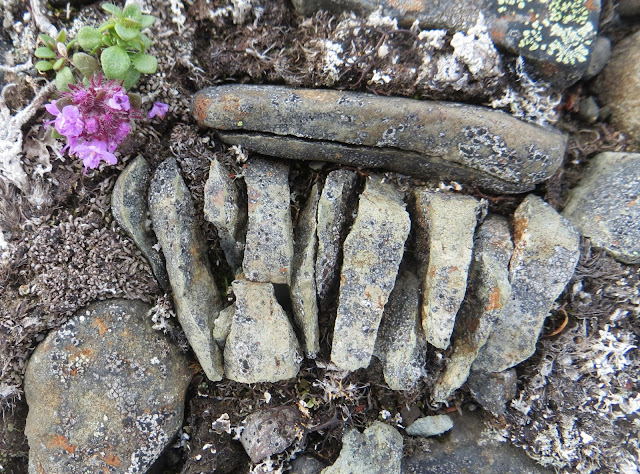 Until they become independent little stones... 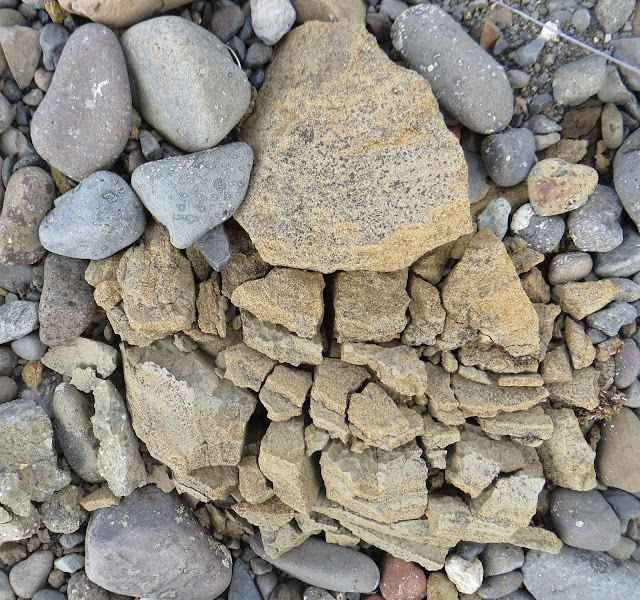 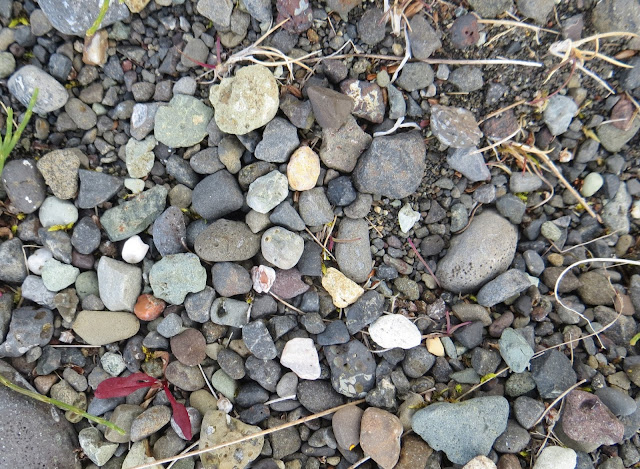 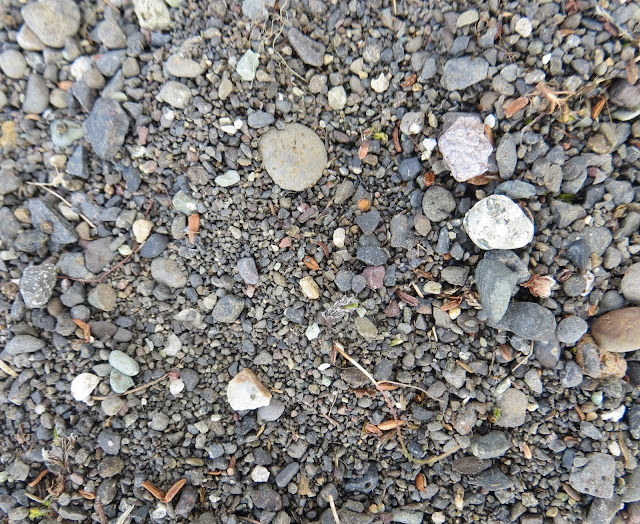 And then, finally, dust. 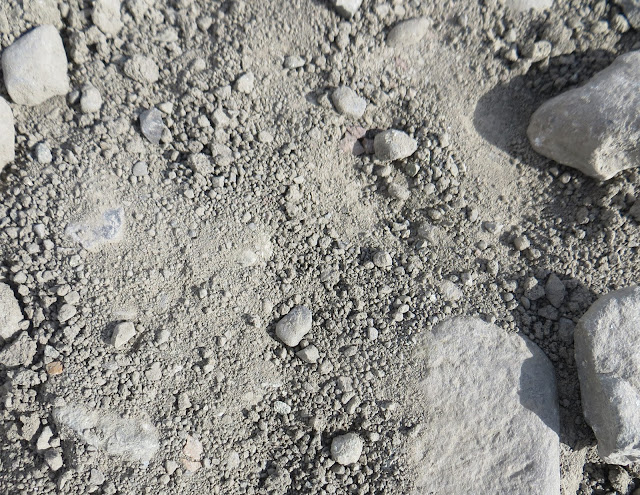 I felt overwhelmed by the majesty of this process. I know it goes on all around me in Pennsylvania, but our landscapes are so overrun with blacktop and bulldozers that I have never seen it with such clarity before.

You should go to Iceland if for no other reason than to see this. And you'd better hurry, before Thor smashes it all up. 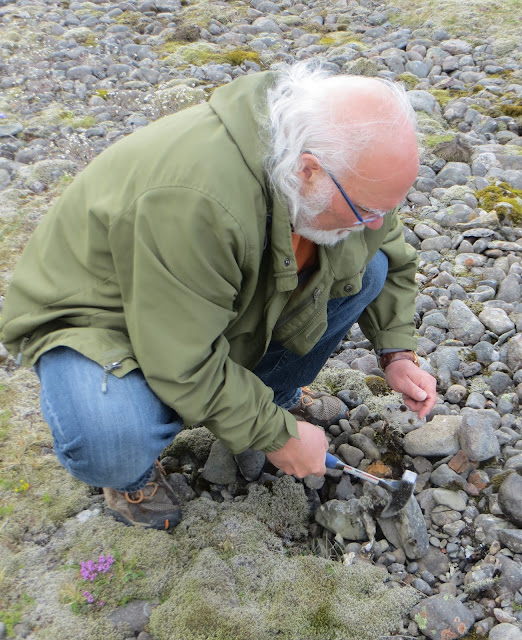