Of Spectrum and Circle

This summer, I haven't been able to sustain focus on new classes. But I have birthed three stitching projects. They seem to be at varied points along the creativity spectrum, which suits my variable mood these days.

The mood? Well, it can be best illustrated in one freeze frame from last Monday.  There's me, in the consulting room with a veterinary cardiologist--yes, there is such a thing and get your ass back here, I'm not the kind of person who spends money on a dog cardiologist for no reason and while it seems to stun new graduates of veterinary school, I for one do not confuse medical intervention for an animal with that which might be appropriate for, say, the President of the United States. In wartime.

Thank god my mother refuses to go to doctors.

That's how it goes. That's why our eyes leak when we hear The Circle Game or The Circle of Life. Once, I couldn't bear to look at The Circle. But looking at it face forward this really holds me steady. So does staying at home with needle and thread. Which, lucky for you, brings me back to my projects.

On the distant end of the creativity spectrum is the quilt I am making for our family's newlyweds-to-be. They chose a pattern called "One Block Wonder," where you take a busy print fabric like this: 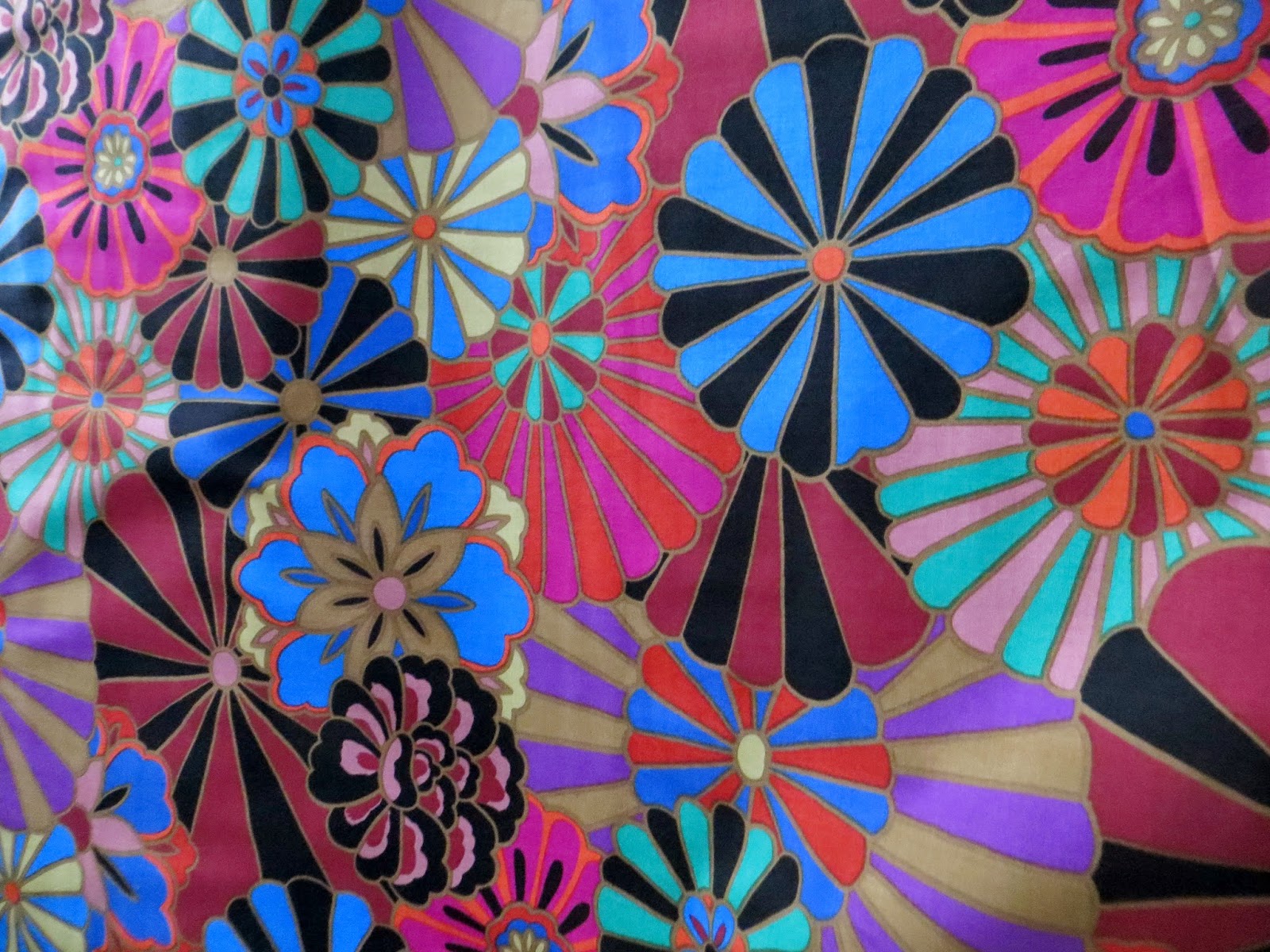 ...and then you slice and dice and julienne it into little triangles, which magically line up into a bevy of rather dramatic octagons that remind me of the June Taylor Dancers on the Jackie Gleason show: 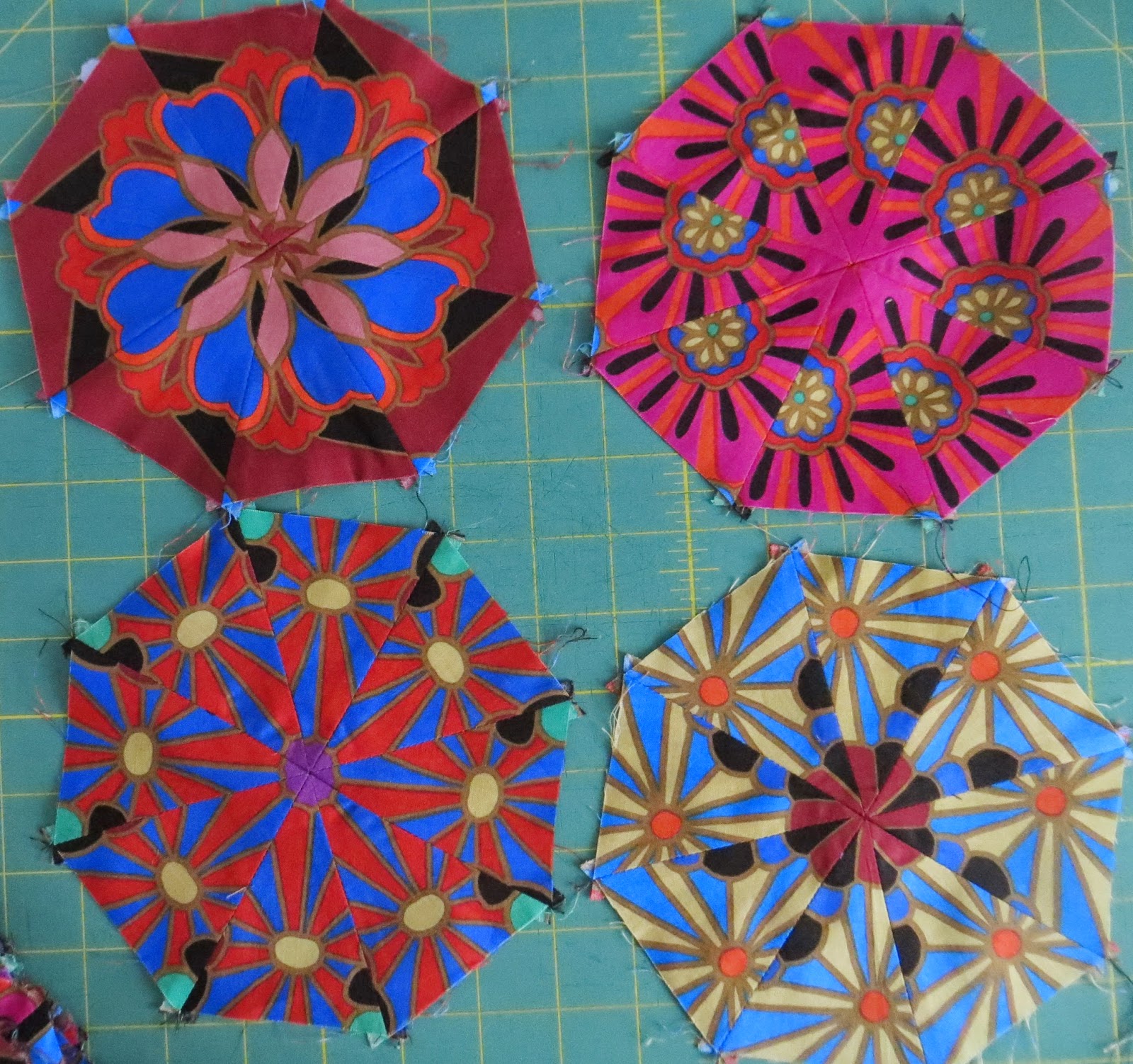 Actually, its not so much magic as a whole lot of sewing. That part isn't so much fun, but it works when I want to duck and cover. Each octagon is different and completely unpredictable, so it is fun to see what materializes as I run the last of 8 seams through the machine. The creative part will come when its time to move all the completed octagons into a grand design.

Which necessitates completing the octagons...and the 4 small squares that go with each octagon, which themselves are made of 4 triangles.  The queen-sized quilt will take about 270 of these little buggers and I have 132. (Sing to the tune of 99 bottles of beer on the wall...)

Project Number 2 lies in the middle of the creativity spectrum. It is a felted wool wall hanging I am making for myself because it makes me smile.  And it will cover the holes in the plaster wall that appeared after I rearranged all the art in two rooms. It too is based on a pattern, but I do get to choose all the colors for all the bits and pieces. And I am doing all the stitching by hand with some newfound embroidery stitches. There's color everywhere. The squares start like this: 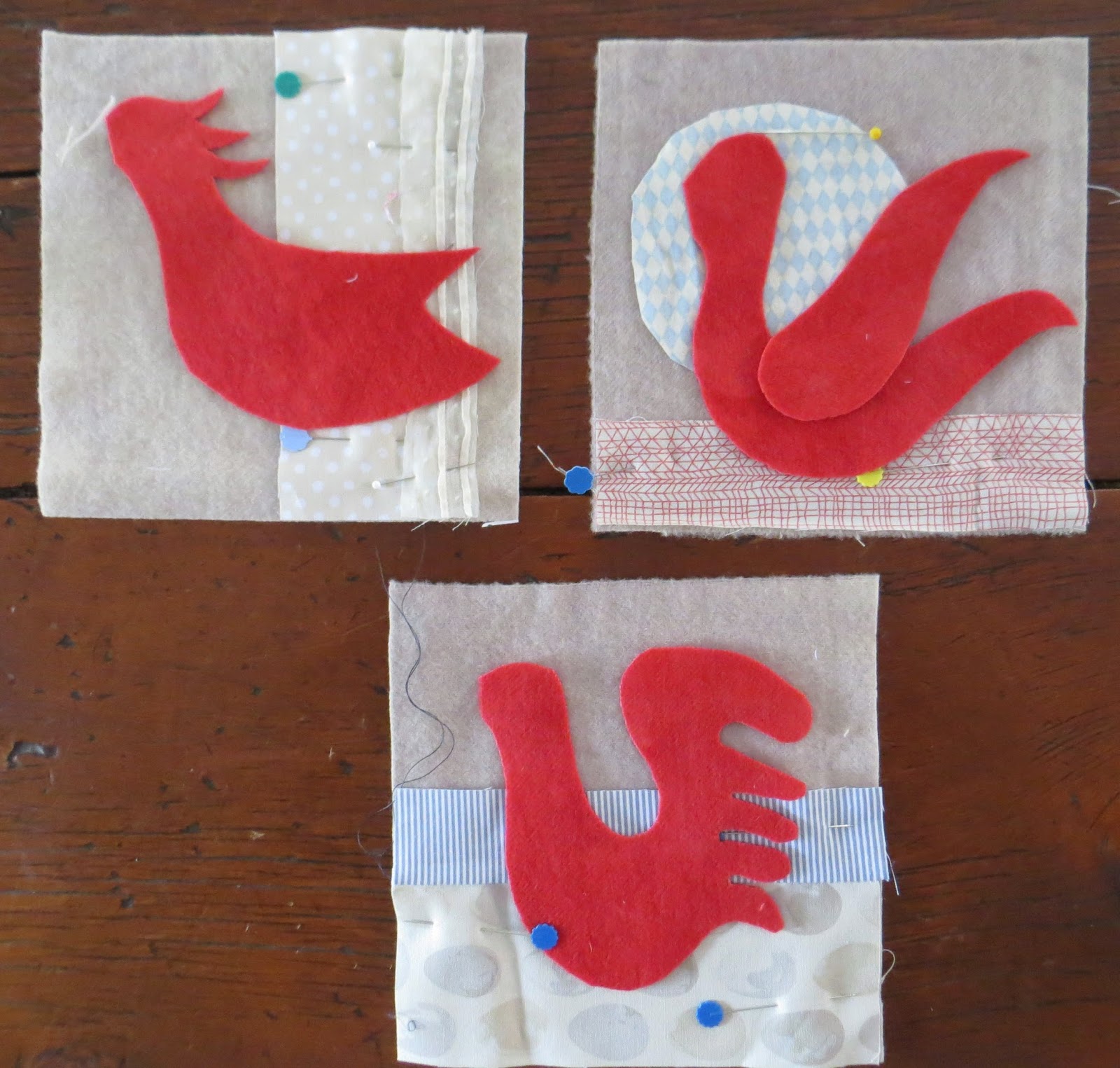 When they get a bit older, they start to look like this: 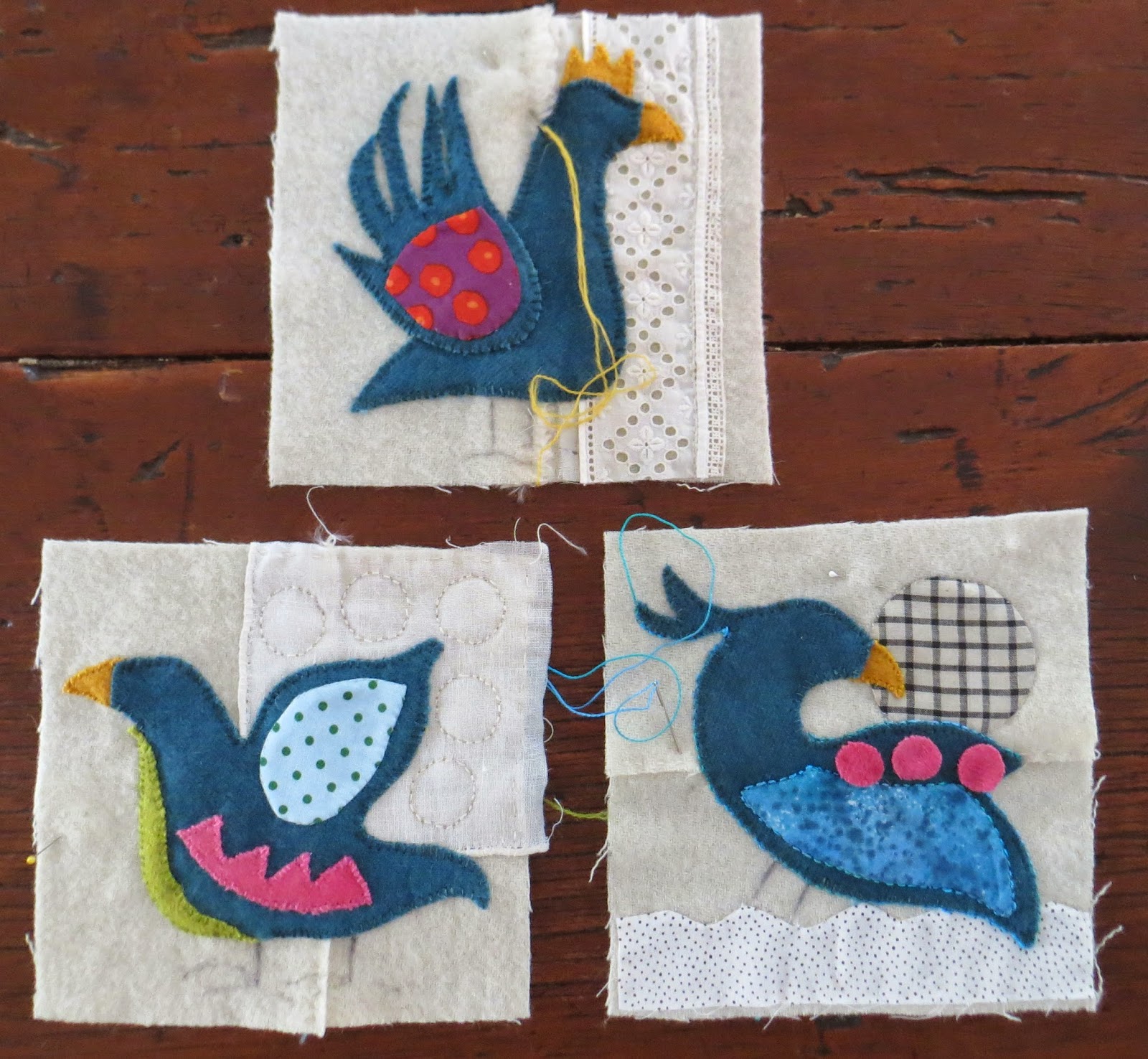 When they're all grown up, they will look like this: 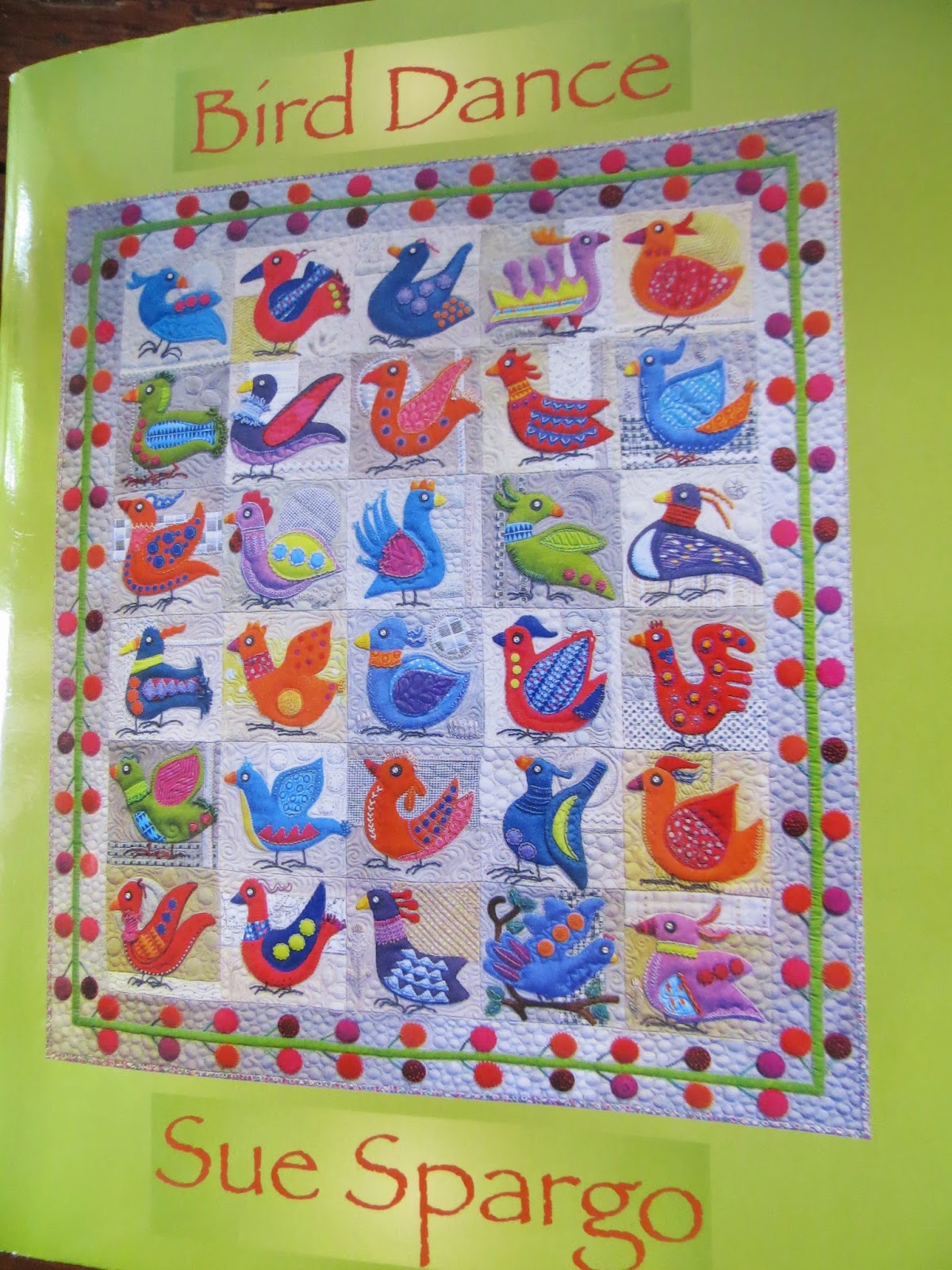 My third project doesn't involve anyone else. It requires all my creativity, which is probably why it is languishing at the moment. When I came home from Dorothy Caldwell's class, I stitched bunches of tiny scraps together, like this: 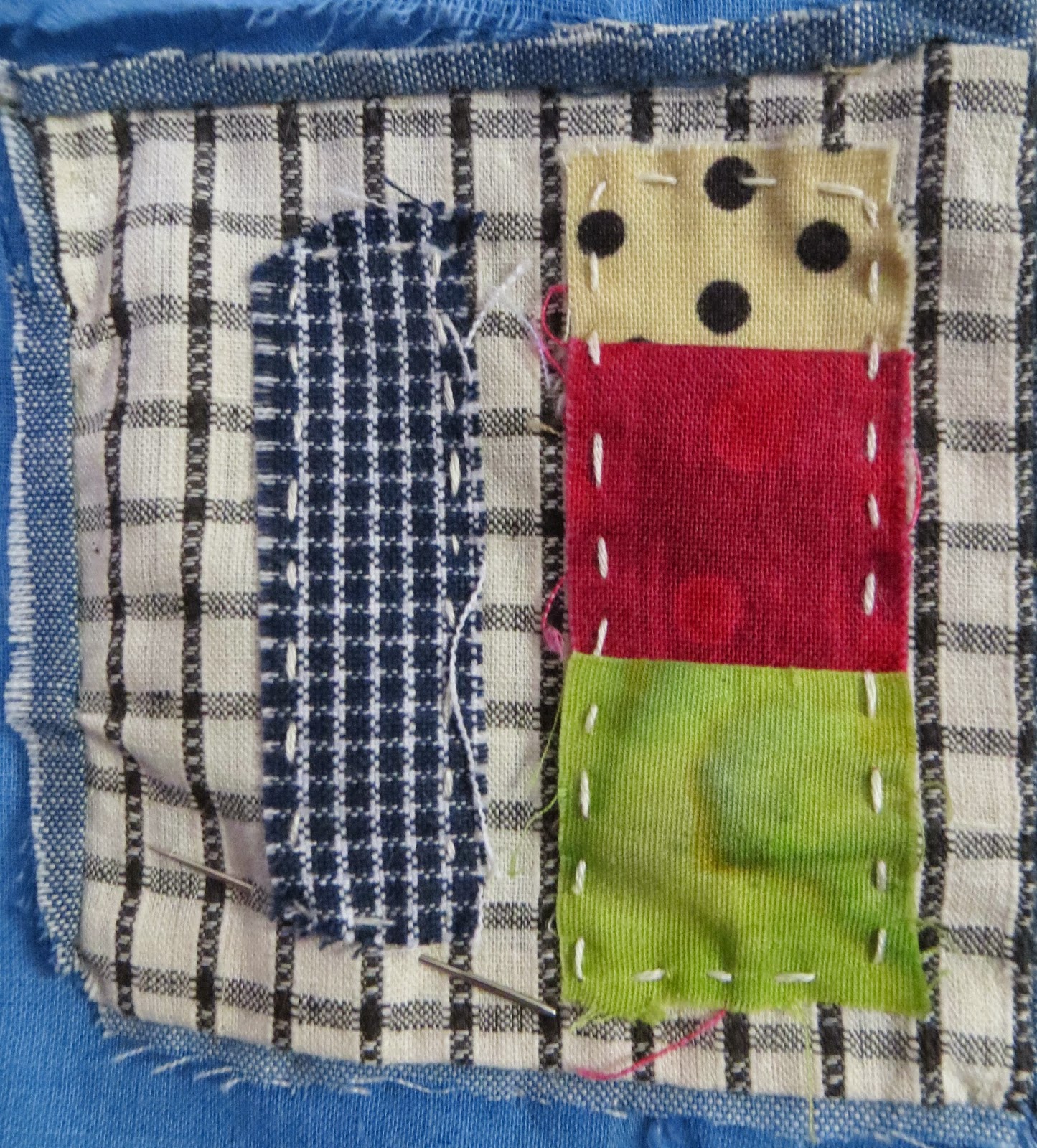 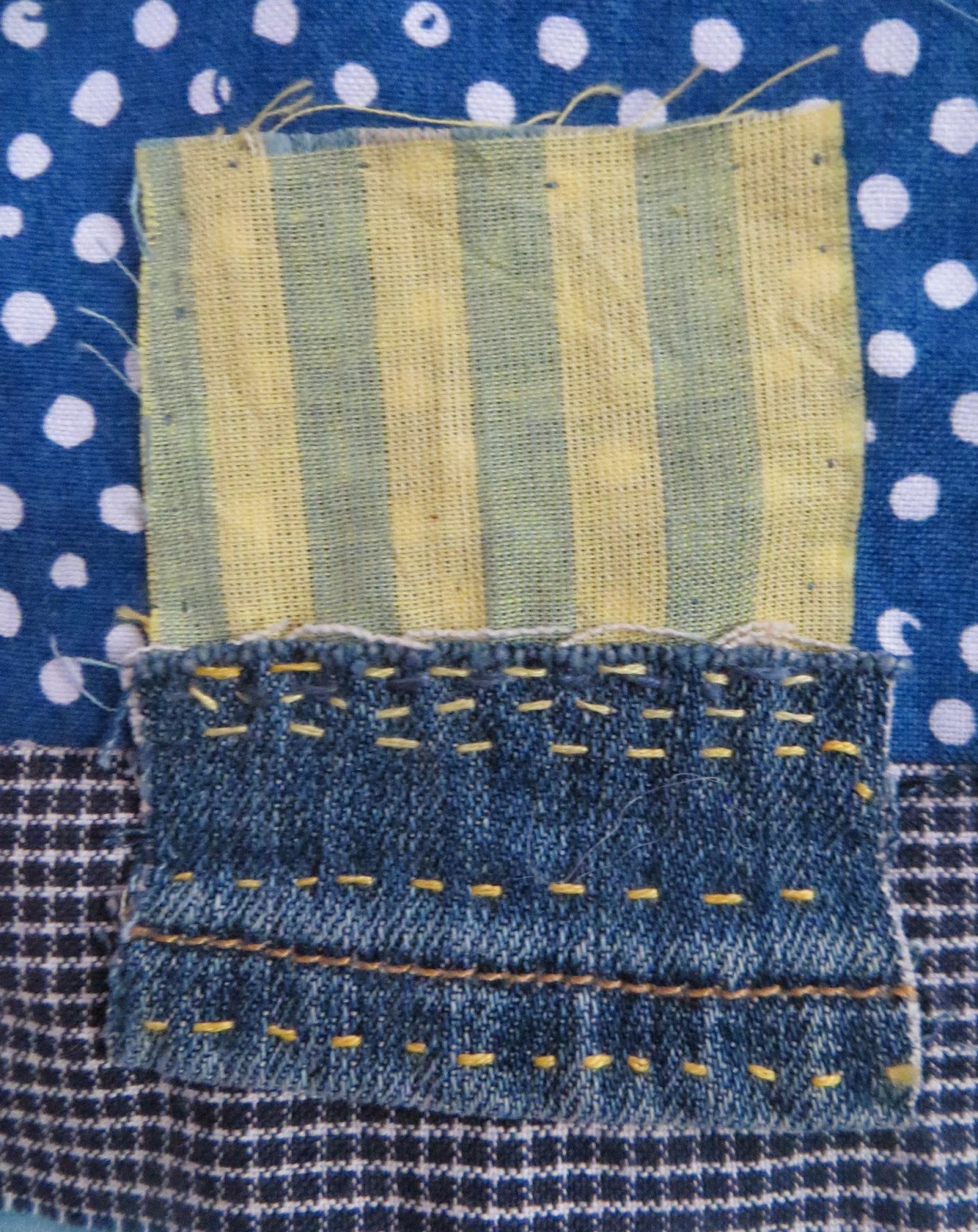 One morning, they too had regrouped. More three-card monte than June Taylor, though. 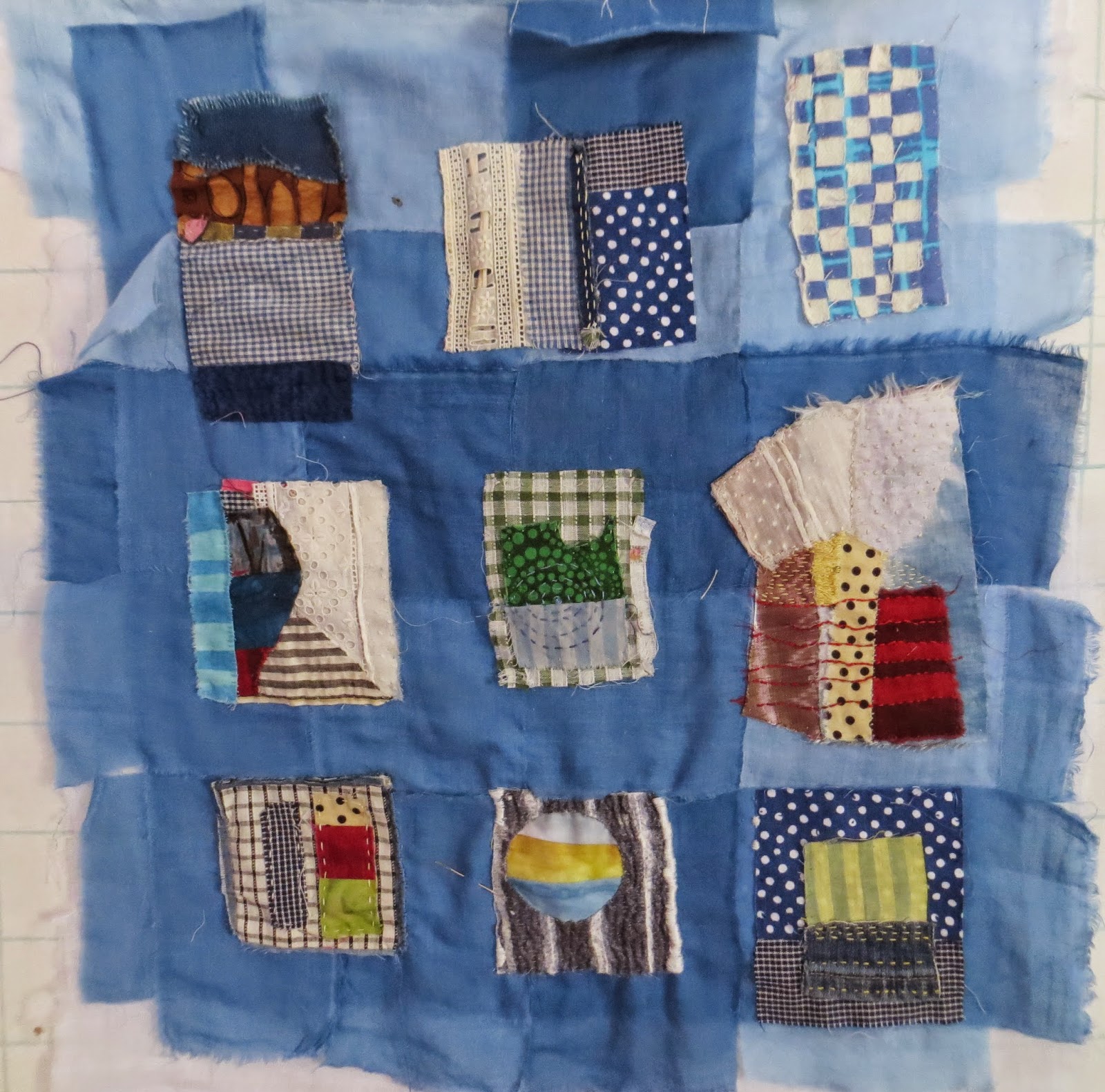 I've been kantha'ing this intermittently. I've lost my way with it, I think because I can't seem to hear it telling me anything. Could the addition of a clothesline make it laundry? Is it an aerial view of a busy beach? Anyone?